A little-known prophecy from Medjugorje speaks of Russia coming to “Glorify God the Most”… This prophecy seems to be rapidly unfolding before our eyes. The trouble is certain powers keep us blindfolded from the surprising truth. Please read L. Todd Wood’s excellent article about Russia, The Orthodox Church., and Russia. …What MSM hides from Americans  -“Mr. Putin is no longer a communist. The onetime KGB agent is now new czar of Christendom.” 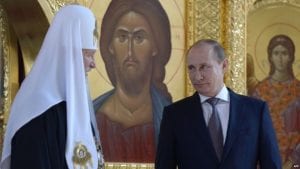 Because of radical Islamic terrorism, your religious affiliation has become an existential issue across the globe. Whether you are a Christian, Muslim, Hindu, Buddhist or Jew can literally mean life or death, no matter what country you are in. Western nations are not excluded from this scourge.

The curse threatens the very existence of nation-states as well. Israel is routinely threatened by Iran and others — because it is Jewish. If Israel were not Jewish, it would not be targeted for destruction.

The religion of a nation can also unite and bring power to a country. Iran has used Shia Islam to maintain and project power throughout the Middle East. Its new ally, the Russian Federation, is using religion as well — this time Orthodox Christianity — to consolidate its power and increase its influence across the globe.

Russian President Vladimir Putin on Wednesday visited the cloister of “Old Believers” in Moscow, the first head of state to visit the site in 350 years. The “Old Believers” or “Old Ritualists” split off from the Russian Orthodox Church in 1666 to protest reforms to rituals which had been practiced for centuries. The group was persecuted by the czars and fled to locations around the world, including Alaska and South America, where they can still be found today. But recently the Kremlin has been making efforts to bring them back, offering free land in Siberia, and many have returned.

This week’s visit was significant. Mr. Putin is attempting to make Russia the protector of Christianity. It is a powerful narrative.

A Muscovite friend of mine declared when she saw the news of Mr. Putin’s visit, “That headline just gave Putin a status of [an] immortal.” Mr. Putin gave the Metropolitan at the cloister a biography of St. Nicholas and received an icon of the Holy Trinity, which, of course, he kissed on national television.

With the slaughter of Christians taking place in the Middle East and elsewhere by Islamist terrorists, raising up Russia as the global champion of the Christian faith is a brilliant strategy to spark Russian patriotism and almost guarantee decades of power for Mr. Putin and his inner circle.

Many in the West do not know Russia’s history with Christianity. When Vladimir the Great was deciding what religion he wanted to install in Kievan Rus in the late 10th century, the forerunner to modern Russia and Ukraine, he sent emissaries out around the world to learn about the different faiths. Upon their return, they told him Islam was not good due to the prohibition on alcohol and pork, as the czar loved to drink. Judaism was not selected as they saw in the destruction of Jerusalem evidence Jehovah had turned his back

However, when the emissaries described the visit to the cathedrals in Constantinople, the capital of the second Roman Empire. Byzantium, they remarked they did not know if they were

heaven or earth when they beheld their beauty. In 988, Vladimir the Great converted the Kievan Rus to Christianity and established the Russian Orthodox Church.

It’s no coincidence that Mr. Putin just erected a giant statue of Vladimir the Great at the gates of the Kremlin.

Mr. Putin is no longer a communist. The onetime KGB agent is now new czar of Christendom.

• L. Todd Wood is a former special operations helicopter pilot and Wall Street debt trader, and has contributed to Fox Business, The Moscow Times, National Review, the New York Post and many other publications. He can be reached through his website, LToddWood.com. 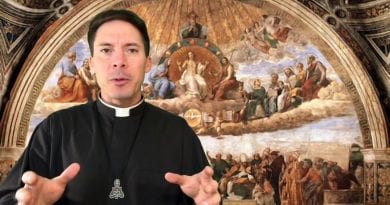 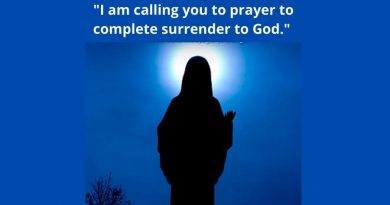 This story was published at Church Pop What do you make of this? Residents in the municipality of Cristina