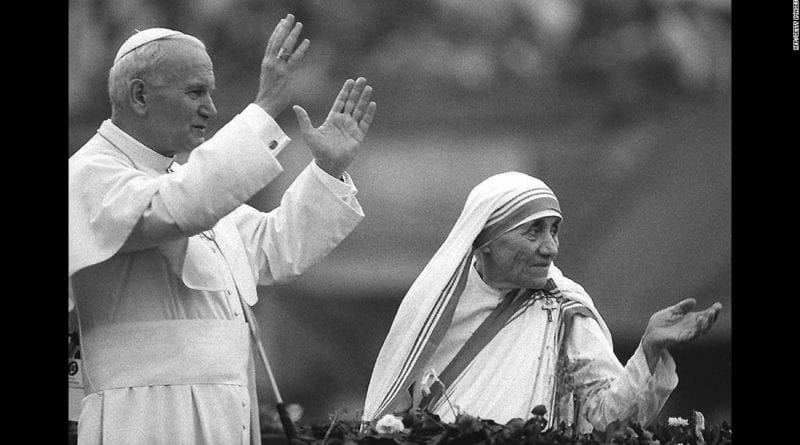 According to the Missionary, Jesus asked her, “Would you refuse to do this for me?” “In fact, Jesus told her in 1947,” Fr. Vazhakala explained, “’I cannot go alone to the poor people, you carry me with you into them.’”

By Hannah Brockhaus
Vatican City, Feb 15, 2017 / 04:42 pm (CNA/EWTN News).- Even her friend of more than 30 years, Father Sebastian Vazhakala, did not know Mother Teresa had conversations with and visions of Jesus before forming the Missionaries of Charity.

It wasn’t until after her death, for the vast majority of people, that this part of Mother Teresa’s spiritual life was uncovered. “It was a big discovery,” Missionary of Charity priest, Fr. Vazhakala told CNA.

When Mother Teresa’s cause for canonization was opened, just two years after her death in 1997, documents were found in the archives of the Jesuits in Calcutta, with the spiritual director and another of Mother Teresa’s close priest friends, and in the office of the bishop, containing her accounts of the communications.

Fr. Vazhakala, who co-founded the contemplative branch of the Missionaries of Charity alongside Mother Teresa, said he has a document handwritten by Mother Teresa where she discusses what Jesus spoke to her directly during the time of the locutions and visions.

During a period lasting from Sept. 10, 1946 to Dec. 3, 1947, Mother Teresa had ongoing communication with Jesus through words and visions, Fr. Vazhakala said. This all happened while she was a missionary sister in the Irish order of the Sisters of Loreto, teaching at St. Mary’s school in Calcutta.

Mother Teresa wrote that one day at Holy Communion, she heard Jesus say, “I want Indian nuns, victims of my love, who would be Mary and Martha, who would be so united to me as to radiate my love on souls.”

It was through these communications of the Eucharistic Jesus that Mother Teresa received her directions for forming her congregation of the Missionaries of Charity.

“She was so united with Jesus,” Fr. Vazhakala explained, “that she was able to radiate not her love, but Jesus’ love through her, and with a human expression.”

According to the Missionary, Jesus asked her, “Would you refuse to do this for me?” “In fact, Jesus told her in 1947,” Fr. Vazhakala explained, “’I cannot go alone to the poor people, you carry me with you into them.’”

After this period of joy and consolation, around 1949, Mother Teresa started to experience a “terrible darkness and dryness” in her spiritual life, said Fr. Vazhakala. “And in the beginning she thought it was because of her own sinfulness, unworthiness, her own weakness.”

Mother Teresa’s spiritual director at the time helped her to understand that this spiritual dryness was just another way that Jesus wanted her to share in the poverty of the poor of Calcutta.

This period lasted nearly 50 years, until her death, and she found it very painful. But, Fr. Vazhakala shared that she said, “If my darkness and dryness can be a light to some soul let me be the first one to do that. If my life, if my suffering, is going to help souls to be saved, then I will prefer from the creation of the world to the end of time to suffer and die.”

People around the world know about Mother Teresa’s visible acts of charity toward the poor and sick in the slums of Calcutta, but “the interior life of Mother is not known to people,” said Fr. Vazhakala.

Mother Teresa’s motto, and the motto of her congregation, was the words of Jesus, “I thirst.” And that they could quench the thirst of Jesus by bringing souls to him. “And in every breathing, each sigh, each act of mind, shall be an act of love divine. That was her daily prayer. That was what was motivating her and all the sacrifices, even until that age of 87, and without resting,” he said.

Mother Teresa never rested from her work during her life on earth, and she continues to “work” for souls from heaven. “When I die and go home to God, I can bring more souls to God,” she said at one point, Fr. Vazhakala noted.

She said, “I’m not going to sleep in heaven, but I’m going to work harder in another form.”

Mary Shovlain contributed to this report. 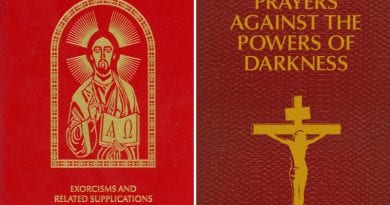 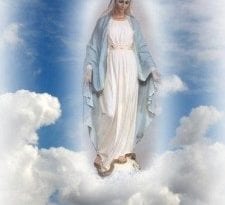 Our Lady to Gisella Cardia on February 9th, 2021: “My children, thank you for being here in prayer. My children, to