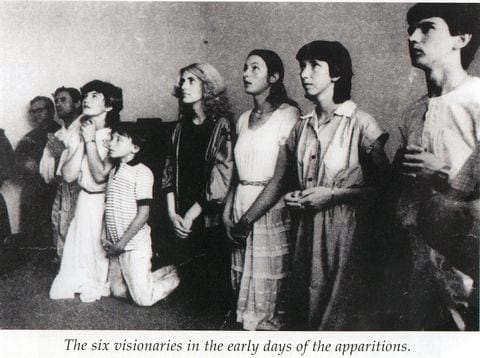 New documents have been revealed showing how the communist regime of Yugoslavia tried to suppress the movement behind the apparitions of Medjugorje.

In the book “The Mystery of Medjugorje,” the Croatian journalist Žarko Ivkovi? explains how the government would spy, blackmail, and even threaten Church officials, particularly the Franciscan friar Jozo Zovko, who was the spiritual director of the visionaries.

The journalist Ivkovi? uncovered these documents by researching through the archives of the powerful secret state security service called the SDB.

State authorities considered the apparitions an instrument to be used against the government of Yugoslavia. Evidence shows how the State used wiretapping, blackmail, and created false dossiers against members of the Church and to stop followers of the apparitions.

During this time period, Bishop Zanic was a leading critic of the apparitions and according to the book was influenced by these false documents created by the government.

The documents will now be studied by the Vatican commission assigned to investigate the apparitions of Medjugorje, which was created by Benedict XVI in 2010.
Our Lady of Me?ugorje (also called Queen of Peace) is the title given to the Blessed Virgin Mary by those who believe that she appeared to six Herzegovinian Croat children in Me?ugorje, Bosnia and Herzegovina (at the time in SFR Yugoslavia).The visionaries often refer to the apparition as the “Gospa” which is Croatian for “Lady”.
On June 24, 1981, young Mirjana Dragicevic and Ivanka Ivankovi? reported seeing an apparition of the Virgin Mary in a village in what is now Bosnia-Herzegovina. The following day another vision was reported, this time also by four other young people: Marija Pavlovi?, Jakov Colo, Vicka Ivankovi?, and Ivan Dragicevic. For several years the six visionaries reported seeing daily apparitions from the Virgin Mary and Me?ugorje became crowded with pilgrims. It has been reported that Our Lady of Me?ugorje has been appearing daily to three of these visionaries ever since.
Reported messages and visions

In the nearly 30 years that she has purportedly ativan no prescription needed been appearing to the six visionaries, they have been reporting receiving messages from the Virgin Mary asking for people to pray often, fast and do penance.
Many phenomena have been reported at Me?ugorje, such as the sun spinning, dancing in the sky, turning colors, or being surrounded by objects such as hearts or crosses. Many have reported that they have been able to look at the sun during those times without any damage to their eyes. The tall cement cross erected on Mount Podbrdo (where many of the apparitions had taken place) has reportedly disappeared and reappeared or else glowed as if lit with lights, although there is no electricity on the mountain. Not everyone reports seeing the same miracles at the same time. Miraculous healing has also been reported.
Description of Our Lady

Franciscan Fr. Janko Bubalo questioned the visionaries and asked them to describe Mary’s appearance. According to how they saw Our Lady, she is 18 to 20 years old, slender and around 165 cm tall. Her face is long and oval with black hair. Her eyes are blue with delicate eye lashes and thin black eyebrows. She has a nice, little nose and rosy cheeks. She has beautiful reddish thin lips and her smile is more like some indescribable gentleness. It’s visible as if somehow under her skin.
Her simple dress is bluish-grey and falls freely all the way down to the little whitish cloud on which she is standing. Her veil is pure white and covers her head and shoulders. It also reaches down to the little cloud. She has a crown of twelve golden stars on her head.
Finally he asked, “Is Our Lady really beautiful, as you have said?” Their answer was, “Well, really we haven’t told you anything about that. Her beauty cannot be described. It is not our kind of beauty. It is something ethereal, something heavenly, something that we’ll only see in Paradise and then only to a certain degree.” 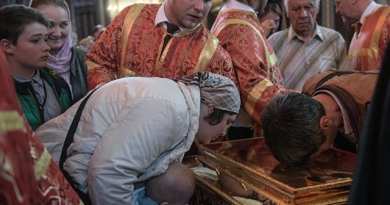 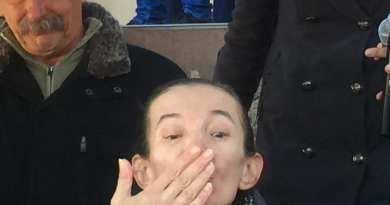 “The Virgin Mary appeared to me during the war years.  The year Syrian’s regime assad the father decided the time