(The great untold story – the elephant in the room that US Media will not cover is the simple fact that Russia and its jets moved into Syria,  – in large part to protect persecuted Christians. This decisive move by Russia led to the liberation of  Aleppo and other towns from terrorists and now the country is slowing rebuilding itself. People in Syria aren’t dying by the thousands. The article by Nicholas Frankovich in National Review is an excellent summary of the truth about the plight of Christians in the Middle East and  what is really happening in Syria. – Mystic Post)

In Syria, most Christians and other religious minorities, primarily Alawites and Druze, support Assad, certainly according to conventional wisdom. Polling data such as they are indicate that a majority of the total Syrian population, not just religious minorities, backs him in the civil war. “Even the Sunnis” will take Assad over “the extremists,” Antoine Audo, the Chaldean Catholic bishop of Aleppo, told reporters in Geneva last year.

He estimated that 80 percent of Syria’s Christians would vote for Assad in an election. Syria’s bishops, both Catholic and Orthodox, are adamant in their defense of the secular regime, which they see as the only practical bulwark against greater chaos or the establishment of a Sunni regime that would be hostile to Christianity. In a proxy war between a U.S.–Sunni alliance and the Russian–Iranian alliance in Syria, the U.S. would be fighting not only Assad, Putin, and Rouhani but, it would appear, also the Christians remaining in or returning to Aleppo, encouraged by the Syrian government’s recapture of the city last December. What persecuted religious minorities perceive to be their self-interest in the Syrian civil war complicates the argument for deposing or weakening Assad.

Or, rather, it should complicate that argument. If an American proponent of going to war against the regime thinks that the cost to Syria’s ativan tablets religious minorities is one that they are tragically doomed to suffer for a greater good, he should say so. Or if he thinks that he knows what’s in their interest better than they do, he should say that.

Likewise, an American advocate for Middle Eastern Christians needs to have an explanation if he supports a military campaign to topple the Syrian government. So I disagree with Max Bloom, although I sympathize with what I take to be his wish to see Putin defeated. Max argues that the parallel between Iraq in 2003 and Syria in 2017 doesn’t stand up, but that’s not how Syrian Christians I read and speak with tend to see it.

They are keenly aware that the secular regime of Saddam Hussein gave Iraqi Christians some protection. Since it fell, they’ve been persecuted to the point that the European Union and the U.S. State Department have formally recognized their plight as genocide. Many of the Christians currently in Syria fled there from Iraq.

They see history repeating. Are they wrong? Granted, Syrian Christians are not unanimous in their support for Assad. Many are vocal in their opposition, but they do not speak for the institutional churches in Syria and do not appear to speak for most Christians on the ground. An argument for defending Syria’s Christians while fighting Assad is not impossible, but those who assume it owe it to the rest of us to explain it. I click on a lot of articles about the Syrian civil war.

I search for the character string “chr” and almost always get zero results. Terry Mattingly, a journalist who specializes in media coverage of religion, is an American convert to the Antiochian Orthodox Church, based in Damascus. He expresses frustration at the absence of religious background in otherwise good reporting on events in Syria. “It’s impossible to tell many of these stories without including religion,” he writes. “Why even try?” 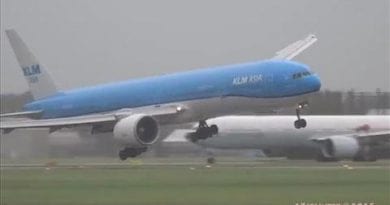 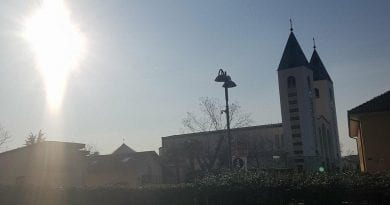 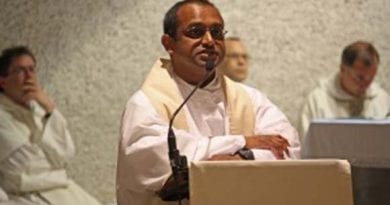 Medjugorje Message, December 2, 2018 – Apparitions to Mirjana “Dear children! When you come to me, as to a