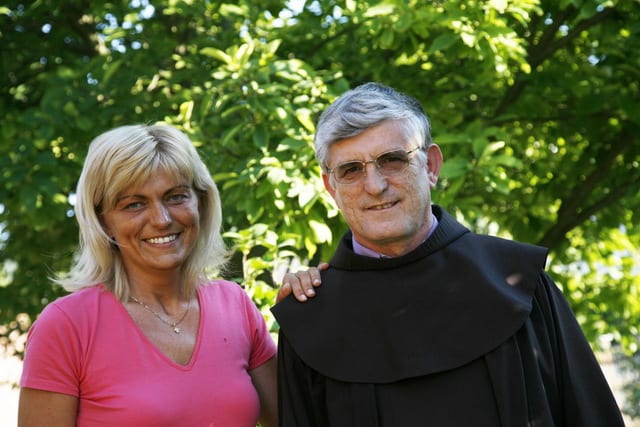 This story first appeared in Deveno.hr a Croation newspaper. This article has been translated by Google translate

AN UNUSUAL STORY IN HISTORY

As Church is burning to the ground hosts are left intact and float in the air – witnessed by thousands!

( father Pettar Ljubcic has been selected by Medjugorje Mirjana to release information on the 10 secrets when the time comes.)

On May 24, 1608, the Holy Eucharist  was exhibited on the altar for worship for three days and three nights.

At dawn, many pilgrims found themselves in adoration of the Blessed Sacrament of the Sacrament, but as the night grew closer, and there was less and less. When Benedictine Garnier remained alone in the confessional at 11 o’clock, he was exhausted, and he decided to rest for a little while. He put out  all the candles, leaving only two lamps above the Sacred altar sacrament. Then he went to his cell.

When Priest Garnier returned to church early Monday morning early in the morning, thick clouds of smoke came from the church at the door opening. He was appalled to notice the last blink of a fire at the place where the altar was exposed to the Blessed Sacrament. He then called for help and the six men arrived and they were immediately in thick smoke.

They were searching for the Monstrance but it seemed in vain. The wooden altar was completely demolished and burnt, one candlestick was melted, the other dropped and broke. The marble slab  lay beneath the ashes and the burning rays decomposed into three parts and was so hot that they could not touch it.

Meanwhile, the inhabitants of Feverney came to the pilgrims to help save what else could be saved. Pater Gernier  now complained deeply that he left the Sacred One alone. At that moment, there was a shiver of joy in the smoked church. The novice, named Brenier, who was helping to search for the Monstrance saw an incredible sight  –  a display of sacred hosts was freely floating in the air

All of the people in the burned church saw the miracle, the undamaged hostess in the display, floating without any support.

Conquered with divine admiration, all of them were cast on their knees before the Sacred altar sacrament, which remained intact in the flames. The monks, who could not immediately come to their senses, quickly approached Capuchins from Vesoul, who were on the verge of being excellent theologians, in order to consult with them what to do next. The riders scattered around the surrounding villages and scattered the sweet news.

However, the miracle of the hovering cheap ativan online no prescription hosts continued, not only the 800 inhabitants of Faverney, but 9,000 to 10,000 pilgrims could watch the miracle for 33 hours, which lasted from the spiritual moon to the spiritual spell, and so personally convinced of its truthfulness.

This event was a great grace for the whole of Faverne because at that time Calvinists and Lutherans were trying to visit and publicly teach Catholics who did not know how to read or write, to distract from old faith and to attract new teaching.

Especially opponents attacked the truth about the true presence of Jesus in the consecrated Eucharist. The miracle of Faverne left in the whole of France and the interior of Switzerland a huge impression, many lost Catholics repentantly repatriated to their church. Both the suspects and the adherents of the Sacred Sacramental Sacrament were now rushing to get to Faverney, even climbing ladders up to the lattice to see if the drifting point might have been attached somewhere. All of them were convinced of the truth of that miracle.

On a spiritual Tuesday, a priest from the neighboring parish led his entire parish at the Faverney procession. There, at noon, Mass was celebrated on the auxiliary altar that was in the same place where the burnt altar was before. Then there was a new miracle. After conversion, all present could see how the floating point slowly and gently descends from the height to the auxiliary altar. This was so silent that no single dust, which covered the pointer in the fire, did not smear the altar. The most serious church and world explorations were launched during and after this event.

Several hundred people were ready to underline their perception under oath.Authorities selected 52 prominent men from Faverney for official oaths. Their statements as a valuable document are kept up to date as well as their names and signatures. It’s a good thing this is a provocative means of wonder in Faverney.

The Congregation for the Rite Ordered in 1864 a new investigation of the Evidence Material, and the pope was Pius lX. The Faverne’s precious host from Faverne recommends respect for the whole world. The second host was donated to the neighboring town of Dole where unfortunately during the French Revolution was destroyed. Pope John XXIII. He flew like a Parisian nuncio to Faverney to pay tribute to the flame of the undamaged sacred host.

Never doubt the true presence of Jesus Christ in the Blessed Sacrament of the Sacrament! The worthy revelation of honor, which we can express in our short overseas life to this divine mystery, is the daily celebration of Holy Mass and the reception of Holy Communion. 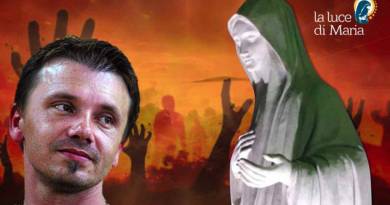 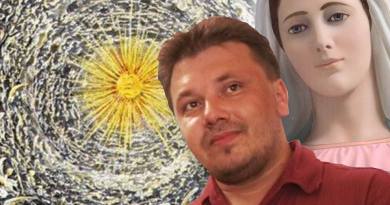 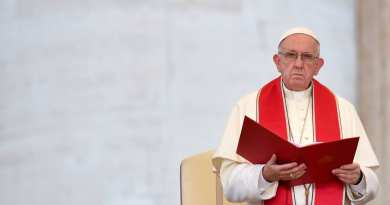