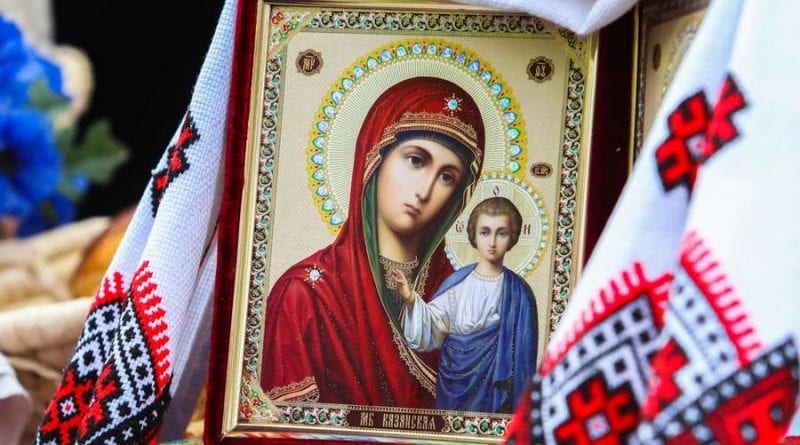 One hundred years ago, at the height of a cultural about-face in Russia, Mary appeared to three shepherd children in Portugal, predicting and encouraging prayer for Russia’s conversion.

One hundred years ago, at the height of a cultural about-face in Russia, Mary appeared to three shepherd children in Portugal, predicting and encouraging prayer for Russia’s conversion.

Years later, a well-known and beloved Russian Orthodox icon known as Our Lady of Kazan, commonly referred to as “the protection of Russia,” would become tied to the site of the Fatima apparitions, where Mary predicted that “the Holy Father will consecrate Russia to me, and she shall be converted, and a period of peace will be granted to the world.”

Looking back into Russia’s history, it’s clear that that the Virgin Mary has had a very strong cultural influence in the country – from its religion to its art and architecture.

In fact, before the revolutions of 1917 which overthrew the Russian Empire and led to the establishment of the Soviet Union, Russia was colloquially known as the “house of Mary,” since there were more shrines and churches dedicated to Our Lady than in any other country at the time.

According to veteran Vatican analyst Robert Moynihan, who has an extensive knowledge of Russian culture, the majority of Russian icons depict Mary with the child Jesus.

An icon, he explained, “is a sacramental, as it were, which allows the reality of the person depicted to be perceived in prayer and in meditation.”

“(So) in looking at these icons the Russian people are communing with the Virgin Mary, and they have a profound relationship on a spiritual level with Mary.”

And there are unarguably far more varieties of icons depicting the Virgin Mary in Russian iconography than any other figure. Most Russian icons depicting Mary are divided into four broad groups: the Eleusa (The Tenderness), the Odigitria (The Guide), the Oranta (The Sign), and the Akathist (The Hymn).

Many of the world’s most famous icons today are images of Mary found to be miraculous, including the Vladimir, Smolensk, Kazan and Cz?stochowa images.

Aside from Poland’s Cz?stochowa icon, each of these are from or are currently found in Russia.

Our Lady of Kazan is by far one of the most famous images in Russian Orthodoxy, and it has a unique history linking it to the Catholic Church and to the Fatima apparitions.

The icon itself dates back to at least 1569, when it was found in the town of Kazan, located roughly 500 miles east of Moscow. At the time, the area was caught in a conflict between the Volga Tatars and the Tsardom of Russia

According to tradition, one night a little girl had a dream in which Our Lady appeared to her and told her to go to the ruins of a church that had been burnt down, and “there you will find my image.”

The child’s mother refused to let her go out, arguing that it was too dangerous. However, after having the dream for two more consecutive nights in a row, Our Lady said she would become upset if the girl didn’t go.

So the next morning, the child’s mother accompanied her to the church, where they saw a golden light amid the ashes. When they brushed the soot away, they saw that they were holding an image of Mary and the Child Jesus, and that it was glowing.

As they were holding it, a blind man in the area was said to have regained his sight, and the image became known as a miraculous icon. Word of the event spread and eventually reached the tsar in Moscow, who asked that the image be brought to the capital.

“Over the centuries the icon became known as the ‘protection of Russia,’” Moynihan said, explaining that whenever Russia would engage in war, the tsar would call the Patriarch of the Russian Orthodox Church, and the patriarch would then lift the icon in front of the army and pray for Russia’s protection, and although the country suffered great loss, “Russia was never conquered.”

The icon was eventually placed in Moscow’s Cathedral of Our Lady of Kazan, which sat directly across the street from the Kremlin.

However, in 1918, after the Bolsheviks came to power, the icon was taken from the church and sold to an art dealer in Warsaw, and it end up in the possession of an English nobleman who hung the image on the wall of his house in London.

Years later, in 1950, a Russian Orthodox bishop happened to be visiting the house and recognized the image, telling the owner he was in possession of “the protection of Russia.”

After his death, the icon was purchased from the estate by the Blue Army of Fatima – an international organization dedicated to spreading Our Lady of Fatima’s message – in the 1960s, and in the 1970s a chapel was built to house the icon at the Fatima shrine in Portugal.

So the Kazan image ironically ended up in the same place from which Our Lady in 1917 asked the three shepherd children to pray for Russia, asked that it be consecrated to her Immaculate Heart, and predicted that it would be converted.

When St. John Paul II was elected Bishop of Rome in 1978, he had wanted to return the icon to Russia, but it was impossible while the country was under communist rule.

So when the Iron Curtain fell in 1991, within a few days the Polish Pope called the Vatican’s ambassador to Portugal and asked that the Kazan icon be brought to him in Rome, so that he could carry it back to Russia.

Moynihan, who had already developed a strong interest in Russia at that point, began to become curious about the image as plans for a papal trip to Russia fell through.

At one point he asked St. John Paul’s secretary if the story about Our Lady of Kazan was true, and in response was told that it was in fact true, and he was invited to come see the image for himself in his apartment.

“I stood in front of the icon on the mantle piece in the Pope’s study, and I felt a sense of vertigo,” Moynihan said, “because looking at the eyes of the icon, I felt that Mary was both tender and severe, and was both present and distant, and was both in time and out of time.”

However, the Russian Orthodox Church did not want to icon to be returned during a papal visit for fear that it would seem like a triumphant return for the Catholic Church, and not for the Orthodox.

In the end, the icon was handed over in 2004, by Cardinal Walter Kasper, then the president of the Pontifical Council for Promoting Christian Unity, and Cardinal Theodore McCarrick, then the Archbishop of Washington, who traveled to Moscow and placed it in the hands of Patriarch Alexey II.

Moynihan reflected on the icon’s importance for the Russian people.

“It seems to me that there is a profound veneration in Russia for eternal things, for the eternal motherhood of Mary, and that this is still percolating in the dusty soil of the communist ideology,” he said.

Describing it as kind of “holy grace that is attached to the icon of Kazan,” he said this grace “is still working its way through the history of Russia,” and thanks in part to St. John Paul II, “this story is still not finished.” 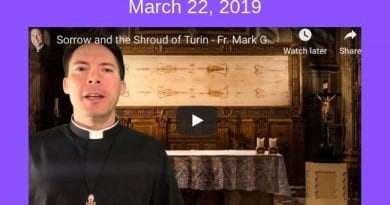 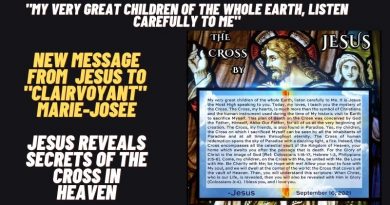 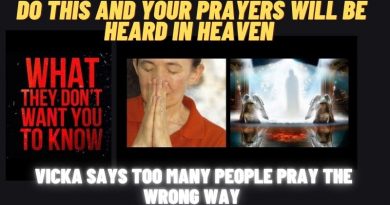 Usually, Medjugorje Visionary Jacov is quite taciturn with his talks to pilgrims. This day Jacov gave a surprising answer about

GOD BLESS BISHOP SHEEN! YOU ARE A BLESSING TO US WHO SEEK THE LORD! THANK YOU!﻿