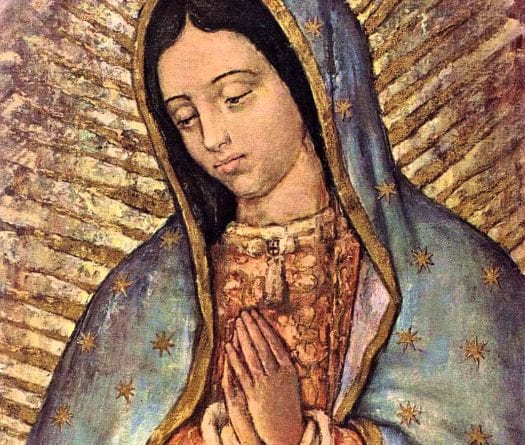 *Editor Note* Mystic Post is looking for additional information about the validity of this report. We have sent an email to the author for more information.

NASA has publicized the results of the related examination of Our Lady of Guadalupe. It was established, with instruments of the eye-specialist, that in the picture, the eyes of Mary’s retinas, when exposed to light – similar to the human’s eye – expand and contract. The researchers have also concluded that the temperature of the cloth, where the image can be observed, is permanently 36.6 degrees, such as a healthy human’s body temperature. The image has also been examined with a stethoscope. The scientists have measured a pulse of 115 beats/min at Mary’s belt which corresponds with the number of a fetal heart rate.

NASA engineers have also stated the paint with which the image was made does not exist on Earth and has never existed – written by the Tsn.ua which is a news site on the internet.

In the beginning of the 20th century a bomb was detonated next to the image. As a result of this, everything was destroyed in a large circular radius, the image, however, remained intact.

The Holy Virgin, according to records, appeared to an Indian, Juan Diego, in the winter of 1531, on the mountain of Tepeyac, near Mexico City to the north. The records shows that a woman appeared in a gold fog and called upon the man to “go to the bishop […] I want a church to be built on this place!” The bishop did not believe Juan Diego and the meeting repeated itself the next day. Diego went to the bishop for the second time. The bishop said that he would believe that the Blessed Mother had appeared if he brought a sign. Diego met again with the Blessed Mother who sent him up to the hilltop where he found blossoming roses despite the season. Juan Diegon gathered the roses into his simple rob and took them to Zumarraga bishop. The chief priest fell down to his knees before the sight: the poor clothing, a tilma (loose robe) of the indigenous man changed into the portrait of Our Lady. The Cathedral of Our Lady was built at that place where Diego’s tilma is still guarded today.

Aldofo Orozco, research physicist, reports that there is no scientific explanation for the still surviving tilma. Over 10 years similar cloths become ruined by the local moist, salty air. The copy, for example, which was made using the most advanced technology in 1789 was placed behind protective glass, totally faded over 8 years. In contrast to the original, unprotected tilma which has not been damaged after more than a hundred years by the UV-rays, the moist, salty air and the tens of thousands of lit candles near the image.

The original image attracts crowds of pilgrims: the basilica which guards the icon is said to be the most visited pilgrimage in the world. According to data of Mexico City, in 2004, ten million pilgrims were welcomed only between 9th December and 12th December. The numbers of the visitors reach twenty millions throughout the year. Source: karpatinfo.net

I have written in greater detail about the Black Madonna, God Mother and the complete functioning of the spirit world in my new book, called: 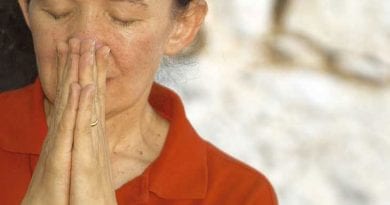 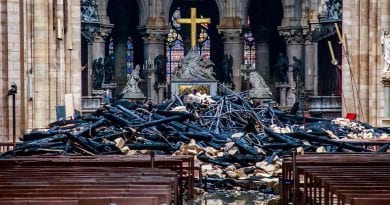 One thought on “Scientists have called the image of the Virgin of Guadalupe “Living”…”Mary’s retinas, when exposed to light – similar to the human’s eye – expand and contract.””

“Russia wil come to glorify God, the West will make modern progress but without God.” The Queen of Peace of

Dazzlingly beautiful woman with lavish lifestyle gives everything up to follow Jesus – Sins are revealed to her by Jesus – Spends eight days in confession – The Remarkable life of St. Margaret of Cortona

Click to copyhttps://apnews.com/3ae113ae56e74e7fa8f6248de7edf05eRELATED TOP By ANGIE WANG, JOHN MINCHILLO and KANTELE FRANKO37 minutes ago 1 of 25This aerial photo shows