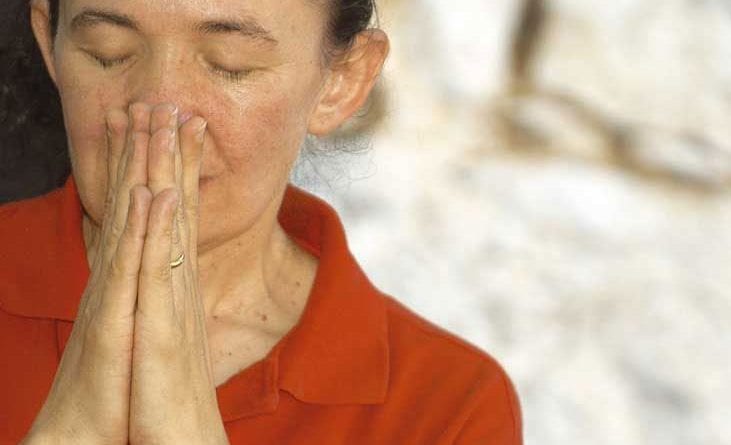 She’s the medical director of Concilio de Salud Integral de Loíza, a community health center in a small town in the northeastern portion of Puerto Rico. Inside the clinic, with her hair pulled back and large glasses framing her eyes, she appears every inch a practical and compassionate health care provider. Yet today, she is struggling.
She’s been told the center has just six hours worth of diesel. It’s been a week since Hurricane Maria besieged the island, yet fuel distribution has been inconsistent throughout the island. 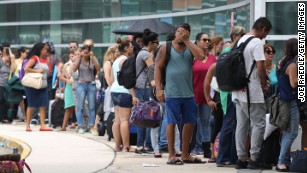 Puerto Ricans still waiting for aid a week after Maria’s devastation
When those hours are up, Rodríguez will likely have to shut the doors.
“What else we can do?” she asks. “I haven’t seen anything like this.”
For 24 years, she’s worked at the center, which serves about 15,000 underprivileged patients each year. Despite the possibility of a power outage, she and her co-workers are still trying to provide services. In normal conditions, the center provides everything from primary care and pharmacy services to X-rays.
“We can do some things. I have a stethoscope and the antiseptics and I can prescribe. But the pharmacy can’t work with that, they need the system — they need labs to provide medications to these patients,” Rodríguez says. 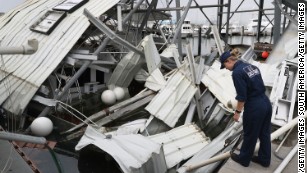 Vital aid stranded at Puerto Rico’s main port
“The desperation that all these people have, they’ve lost everything — on the whole island,” she says.
With the fuel and power shortages, she expects the No. 1 health concern in the days ahead will be infectious diseases. As people who need medications do not get them, she predicts mental health issues will become a problem as well.
“It will get worse before it gets better,” she says.
Her feelings are shared by other health care providers on the island, who believe a medical crisis is about to unfold.
But it isn’t inevitable, since preventive steps can be taken now. That’s the opinion of Dr. Robert Fuller, an emergency medicine physician at University of Connecticut and International Medical Corps.

Fuller’s been in medicine for 27 years, and though he has arrived at the scene of disasters for a dozen years, the conditions in Puerto Rico were a surprise, he says. 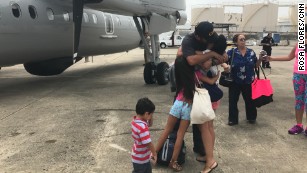 Families leave working loved ones behind to help Puerto Rico
“I didn’t realize it was gonna be corner-to-corner everybody affected by the storm,” says Fuller, squinting into the sunlight. “Every family’s been touched and disturbed in some way or another. And the degree of destruction — the power the storm had — took me by surprise.”
Communities are disabled by the storm, he says, yet it’s fuel and electricity that are driving this disruption.
“If we had good logistics and good communications, things could probably settle out a little faster,” Fuller says. However, the lack of those things could lead to a medical problem, since medications might not be delivered where needed.
Puerto Rico is a “complicated mess” right now, he says. He has driven around the island, and there are wires down, which will make it hard to light up the houses. He agrees, fuel distribution is still a problem. 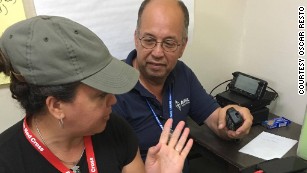 Ham radio operators are saving Puerto Rico one transmission at a time
He sees plenty of good doctors and nurses on the island, so it’s not a matter of human resources. “It’s a matter of getting the medications and treatments to the people,” Fuller says. It’s also a matter of being able to move around and get services to people, which cannot happen without fuel.
In the shortest term, people with diabetes who don’t have access to the right food and medication will be most vulnerable, Fuller says. A week without insulin, which requires refrigeration and a needle, can lead to a coma, which in turn can lead to death, he says. People relying on dialysis may also be in trouble.
Naturally, if the lack of fuel and power continues, others will begin feeling the pain as well.
“People are haggard and tired and maybe become impatient,” Fuller says. “I worry that it’s quite possible it will get rough before it gets better.”
Then Fuller rushes off and climbs into a car, his destination a clinic where he might do some good.

‘It is about to explode’

At San Jorge Children’s Hospital in San Juan, the waiting room is unexpectedly bright, though very few patients occupy the chairs. In a room, a baby wails. For 27 years, Domingo Cruz Vivaldi, executive director, has made this hospital his life’s work.
“The structure itself did not suffer very bad,” says Cruz Vivaldi. “But the main problem with the hospital is the electrical power.”
He explains that in the wake of the hurricane, the hospital is relying “100%” on diesel to feed its emergency power generator.
Just two days ago, the hospital’s diesel ran out and for about four hours in the early morning the hospital was dark — no power, no electricity. 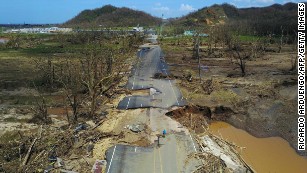 Puerto Rico children’s hospital receives much-needed fuel supply
Everybody, both staff and patients, were very nervous. Cruz Vivaldi worked hard with the hospital nurses to evaluate patients. Together they discharged or transferred 45 sick children. Other hospitals took in patients in unstable condition, while those not needing emergency treatment went home.
“We were lucky that a hospital nearby brought to us 1,200 gallons of diesel,” says Cruz Vivaldi. “That saved us.”
The US Army has also delivered a three-day supply of fuel to the hospital.
Once again, the hospital is close to 80 patients, he says, the sick children coming in from all over the island. His demeanor is calm throughout this difficult work of finding places to send patients. And, he’s doing in the wake of personal tragedy.
Cruz Vivaldi’s 86-year-old mother died just before the hurricane arrived.
“I buried her the day of the storm,” he says, unable to hide his tears. “The day after the storm, I came here. We needed to be open. We had people looking for us.”
Considering the needs of the entire island, Cruz Vivaldi says immediate help with diesel and power is what needs to happen first. 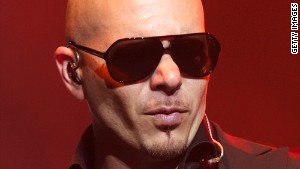 Pitbull sends private plane to Puerto Rico to transport cancer patients
“We’re getting help, we need more help,” he says. “As we get power back, we will be able to recover faster.”
Puerto Rico does not yet have a medical problem, Cruz Vivaldi believes. But as everybody repairs houses and stands in line for food, it’s only a matter of time.
“It is about to explode,” he says. The patients at home who are not receiving proper care will become sicker. He predicts an influx of patients will occur beginning in October.
“We need to plan that the number of visits will triple or increase by four times in October, November and December,” says Cruz Vivaldi. The health care system in Puerto Rico was already weak before the hurricane, he says. Now the problems will be magnified.
“We need more federal and armed forces here on the island,” Cruz Vivaldi says.
Join the conversation

Still, he remains hopeful. Cruz Vivaldi believes Congress and President Trump will provide funds and help rescue his home island. “Puerto Rico is going to get better,” he says, as if talking about a patient.
Fuller, the emergency doctor, is pragmatic. For those mainland Americans who want to help their fellow US citizens in Puerto Rico, he requests they do so in practical ways.
“Don’t send stuff, send money. Money arrives cheap and money can turn into whatever we need it to be instantly. It doesn’t sit in a hangar unused,” Fuller says. “You get much more value for the money … even if it’s not as emotionally satisfying.”
Share This Post: 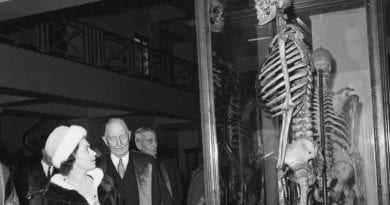 IRMINGHAM, Ala. (AP) — War-like imagery has begun spreading in Republican circles after the attack on the U.S. Capitol by

MEDJUGORJE: “OUR LADY’S LONGEST MESSAGE SINCE THE BEGINNING “THIS IS THE ONLY WAY TO SALVATION”