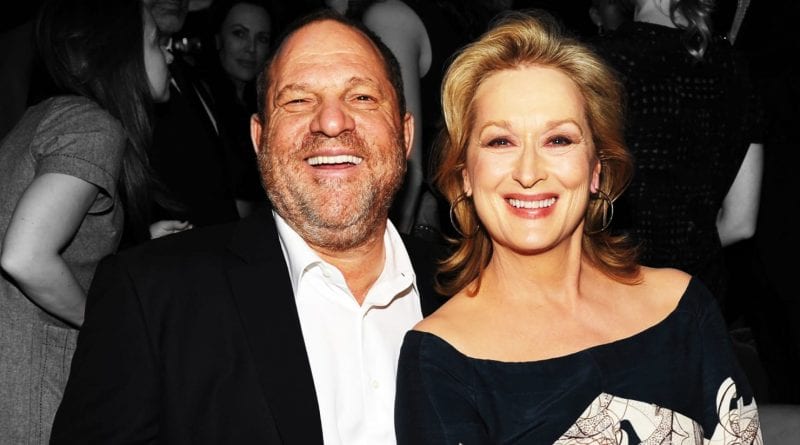 The story of Weinstein, the uber-powerful film producer, co-founder of Miramax Films and major donor to Democratic politicians, who got fired from his job as co-Chairman of The Weinstein Company after the New York Times ran an articleexposing his serial sexual harassment of female employees, is such a perfect storm of corruption, depravity and hypocrisy that it exquisitely encapsulates the moral decay of America.

The New York Times piece revealed that Weinstein has settled at least eight different sexual harassment lawsuits over the years. The article was just the tip of a really grotesque iceberg, for in its wake a plethora of other claims has surfaced.

In a New Yorkerarticle, written, ironically enough, by Ronan Farrow, son of alleged pedophile Woody Allen, even more claims emerged of Weinstein’s predatory behavior. One of the many lowlights from that article includes Italian actress/filmmaker Asia Argento and two other women claiming that Weinstein raped them.

The most famous women among the sea of those claiming harassment at the hands of the movie mogul are Gwyneth Paltrow, Angelina Jolie, Ashley Judd, Rose McGowan and Rosanna Arquette.

The odiousness of this Weinstein scandal is overwhelming, and nearly every public person is going through the Kabuki theater of denouncing Harvey and his lecherousness, but this strikes me as disingenuous at best. All the movie stars, media members, and politicians strongly reprimanding Weinstein now, displayed nothing but egregious cowardice during Harvey Weinstein’s grotesque reign of wanton terror.

Many Hollywood heavyweights like Meryl Streep, George Clooney, Ben Affleck and Jennifer Lawrence, are feigning ignorance of Weinstein’s disgusting depravity, but the revelation of Weinstein’s repulsive misdeeds cannot possibly come as a surprise. Harvey, the rotund and repugnant Hollywood kingmaker, is notorious in the film industry for his petulant and imperious approach, which includes physically abusing underlings and being a lascivious beast to women. Tales of Weinstein’s bad behavior are so legion that even a complete nobody like me has heard them ad infinitum.

So how did Harvey get away with being such a gigantic creep for so long? The main reason is that he possessed the rarest talent that all of Hollywood covets, the ability to garner Oscar votes for his films. Weinstein produced films have been nominated for Best Picture 26 times in the last 28 years and have been nominated overall for over 300 Academy Awards. In other words, Harvey could make people rich and famous beyond their wildest dreams, which is why so many in Hollywood checked their humanity and ethics at the door and looked the other way when he was being such a troglodyte. To quote Upton Sinclair, “It is difficult to get a man to understand something when his salary depends on his not understanding it.”

Blind ambition isn’t the only reason Hollywood looked the other way regarding Weinstein, political expediency played a part as well. Weinstein has been a long time supporter of Democratic candidates, Barack Obama and Hillary Clinton in particular, and has donated a lot of money to their campaigns.

A perfect example of someone making a devil’s bargain with Weinstein for political reasons is Lena Dunham. Dunham, a vociferous and vocal Clinton supporter and devout feminist, admitted she knew of Weinstein’s predatory reputation in regards to women, but still shook his hand and performed at a fundraiser he held for Clinton’s campaign. Dunham said she betrayed her feminist values because “she so desperately wanted to support Clinton.”

Hollywood liberals were quick to denounce Evangelical Christians for supporting Trump despite his moral turpitude and misogyny, calling them hypocrites. I agree that Evangelicals are hypocrites for supporting Trump, but so are Hollywood liberals for enabling Weinstein. Both sides need to get off their high horse and read Matthew 7:5, “You hypocrite! First, remove the beam out of your own eye, and then you can see clearly to remove the speck out of your brother’s eye.” 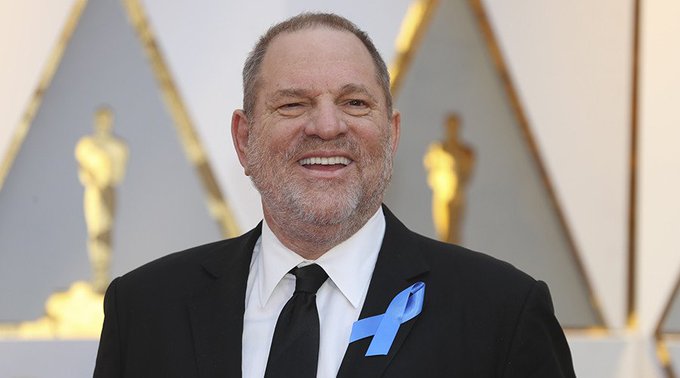 Speaking of enabling, the Weinstein scandal brought to my mind a line from a U2 song, “if you need someone to blame, throw a rock in the air, you’ll hit someone guilty.” When I throw my rock, it often lands on the media, and so it is with this case.

Ronan Farrow published his Weinstein story in the New Yorker magazine, but only because his employer NBC news refused to go with the story. NBC is in business with Weinstein on various film and television projects, and no doubt did not want to ruffle the feathers of such a powerful and litigious man like Harvey Weinstein, so they passed on it, which means this story says just as much about them as it does about Weinstein.

Even the New York Times, which broke the Weinstein story, came out smelling less like a rose and more like a manure pile after it became known the newspaper spiked a similar story regarding Weinstein in 2004 after being pressured by the producer and his lawyers to do so.

The New York Times dropping the ball on an important story in the early 2000’s should come as no surprise to anyone who followed the lead up to the Iraq War or Bush surveillance, but what was shocking was who helped to scuttle the 2004 Weinstein article. Matt Damon, yes, Matt Damon, Mr. Good Will Hunting, and thought-to-be good guy called the Timesreporter to defend and vouch for Weinstein to stop the story. So did everyone’s favorite Gladiator Russell Crowe. I wonder how Damon and Crowe sleep at night knowing they were complicit in thirteen more years of Weinstein’s abusing women? 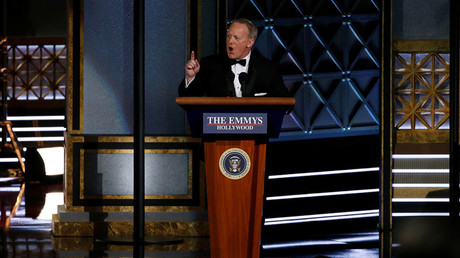 It is uncomfortable to acknowledge, but another group of people who could have stopped Harvey Weinstein but did not were the more famous of his victims, like Gwyneth Paltrow, Angelina Jolie, Mira Sorvino and Ashley Judd. These women did not ask to be placed in this terrible position, but they could have stopped him cold if they came forward years ago. The reason I sight them and not the other victims is because they were uniquely positioned to be able to defend themselves and to take on Harvey Weinstein, where the other victims were not. What I mean by that is that Paltrow, Jolie, Sorvino, and Judd all come from entertainment families that are well-known and liked in the industry. They were not powerless because they have strong allies and deep connections in the business. These women, sans Judd, also won Oscars, giving them, even more, credibility and visibility to make their claims. I do not “blame” these women for being harassed or assaulted by Weinstein, I only wish they overcame their ambition and saved others from that awful fate.

The cavalcade of condemnation for Weinstein will continue unabated for the days and weeks to come, and deservedly so, but to see him only as a target of derision diminishes his impact as a cautionary tale. Weinstein is simply a symptom of the wider disease which I call “reality show America,” which sees human beings as disposable and transactional objects whose value is measured in terms of their usefulness for entertainment or pleasure.

The true power of the Weinstein story is not about his personal failings, but that it is symbolic of the fact that “reality-show America”, which thrives across the political and cultural spectrum, is a collection of self-serving, amoral, hypocrites who are quick to attack the failings of their enemy but slow to embrace self-reflection.

Will the denizens of “reality-show America” in Hollywood, Washington and the news media ask themselves how they have contributed to the culture that bred a man like Harvey Weinstein? I sincerely doubt it since deflection, emotional myopia and historical amnesia are as American as apple pie.

This scandal is an opportunity, not only to see Weinstein for who he really is but also to see America for what we have become…an ethically bankrupt and indecent collection of moral cowards allergic to self-reflection and truth.

This “reality-show America”, currently starring the Trumps and Kardashians (with special guest appearance by the Clintons!) and produced by Harvey Weinstein, reveals that America has devolved to the point of shameless obscenity, and regardless of how self-righteous we as liberals, conservatives, Democrats or Republicans may feel, we no longer possess any moral authority because, just like Harvey Weinstein, Hollywood, Washington and Wall Street, we are incapable of being honest with ourselves.

It is difficult to admit, but if we mustered the courage to see ourselves as we truly are, we would recognize that Harvey Weinstein is America, and America is Harvey Weinstein. Both are bloated, entitled, corrupt, bombastic, blindly ambitious bullies, full of fear and loathing, that use their outsized power to exploit the defenseless to indulge their darker impulses and insatiable desires. The sooner we recognize that, the faster we can try to change it.

Michael McCaffrey is a freelance writer, film critic and cultural commentator. He currently resides in Los Angeles where he runs his acting coaching and media consulting business. mpmacting.com/blog/ 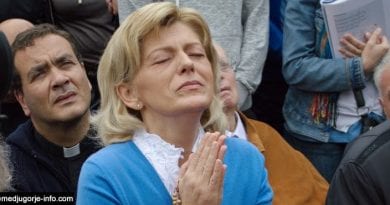 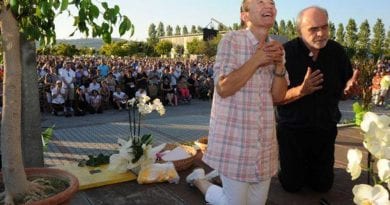