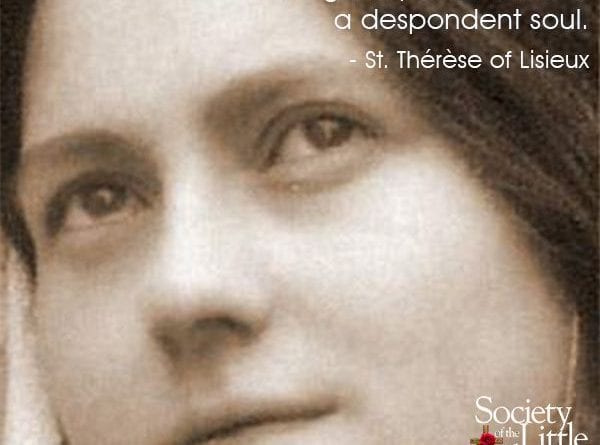 Vatican City, Jun 2, 2015 / 04:02 am (CNA/EWTN News).- Pope Francis on several occasions has spoken of his strong devotion to the Little Flower saint as well as his habit of asking her for favors: favors, his former press secretary says, which have often come in the form little miracles.

One of those miracles came Aug. 7, 2010, when the then-cardinal Bergoglio was accompanied by his press secretary, Federico Wals, to celebrate Mass honoring St. Cajetan on his feast day.

The cardinal was set to celebrate a Mass at the saint’s shrine in Buenos Aires and then walk to greet a long line of pilgrims, as he did every year.

“When leaving he told me that he had already asked Santa Teresita (St. Therese of Liseux) to send him a sign,” Wals said in an interview with Bolivian newspaper “El Deber” published May 31.

“When he told me this I was very skeptical and asked myself ‘A sign?’”

The former press secretary for Cardinal Jorge Mario Bergoglio – now Pope Francis – gave an interview to El Deber in which he detailed personal stories and memories from his time working with the then-archbishop of Buenos Aires.

Located on the outskirts of Buenos Aires, the Shrine of St. Cajetan draws thousands of pilgrims each year on the feast of his death.

Mass is celebrated each hour on the Aug. 7 feast, and after attending faithful queue and wait as long as 10 hours to pass in front of a small statue of the saint and kiss the glass separating it from them.

As archbishop of Buenos Aires then-cardinal Bergoglio would preside over a Mass himself, and then walk down the line of pilgrims – which sometimes extended 15 blocks – to greet people, speak with them and bless the children.

That day in 2010 “he didn’t feel very well, but we were going to go anyway,” Wals said, explaining that Bergoglio had asked St. Therese to send him a sign as to whether to go all the way or not, since after the Mass he had to walk 15 blocks down the line of faithful.

After celebrating Mass the cardinal was in too much pain to walk the whole distance, and decided to go just two blocks before heading back to the center of Buenos Aires, Wals recalled.

However, as they reached the second block Wals said they came across a man “taller than (the cardinal), dressed with a black overcoat and he had his right hand inside the coat.”

Before they could blink the man “pulled out a white rose,” he said, explaining that Bergoglio was “surprised,” blessed the rose and tried to move out of the way.

At that moment the man told the future Pope “you don’t understand anything: this is the sign that you are waiting for.” He then smiled and handed Bergoglio the rose.

Once Bergoglio heard what the man said he immediately grabbed the rose, Wals said. The cardinal then told him, “Federico, Santa Teresita did not abandon me, I’m going to walk until the end of the line (of faithful).”

“At that moment the man disappeared, we never saw each other again. Bergoglio’s countenance changed, he was radiant and continued until the end.”

Wals has met with Bergoglio since his election as Bishop of Rome, and said that as Pope, other similar things have happened.

One of them took place in January while the Pope was on his way to the Philippines. During his flight from Sri Lanka to Manila Pope Francis received a bas-relief, or carving, of St. Therese from French journalist Caroline Pigozzi.

After receiving the image, Francis told other journalists present that “I have the habit, when I don’t know how things will go, to ask St. Therese the little child, St. Therese of Jesus, to ask her if she takes a problem in hand, some thing, that she send me a rose.”

“I asked also for this trip, that she’d take it in hand and that she would send me a rose. But instead of a rose she came herself to greet me,” he said.

Pigozzi spoke with CNA later, saying that she had originally found the image in a Paris flea market, and had polished it herself to give to the Pope as part of a set for Christmas and for his Dec. 17 birthday. 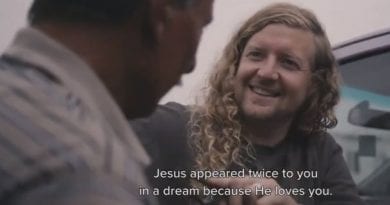 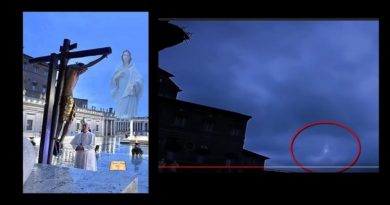 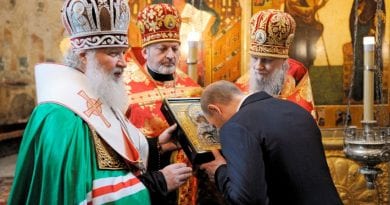 One thought on “Pope Francis’ devotion to St. Therese and his attachment to “Little Miracles””

On Good Friday in Sri Lanka, what you see happened and only 24 hours later bombs explode, causing so many