Inside St. Stephen’s grand Cathedral, one of the six “seer children” of Medjugorje who had grown up, Marija Pavlovic-Lunetti, emphasized in a testimony the necessity of repentance and prayer for peace in the world. “Get closer to God and prayer and you will have peace”: The mother of  god calls the people through their messages, said Pavlovic-Lunetti. Medjugorje, which is visited annually by some 2.5 million believers, has today become the “largest confessional chair in the world”.

Prayer meeting of the “Oasis of Peace” in Vienna’s St. Stephen’s Cathedral is one of the largest annual religious events in Austria Several thousand believers took part in the Medjugorje peace prayer this year in Vienna’s St. Stephen’s Cathedral. “We are praying for peace in our hearts, our families, our countries, and particularly in the war zones,” said Cardinal Christoph Schönborn (archive photo) at the worship service for the five-hour prayer meeting, one of the largest annual religious events in Austria. Ehrengast was this year the 89-year-old Albanian Cardinal Ernest Simoni, who was imprisoned during the atheistic church persecution under the Communist dictatorship Enver Hoxha in his homeland from 1963 to 1981 and who served as an underground priest.

Pope Francis had met Simoni in 2014 on an Albania trip and took him to the Cardinal’s Collegium in 2016. In St. Stephen’s Cathedral, the Cardinal described in moving terms the time from his secret priest consecration in 1956, the arrest after the Christmette on Christmas Eve 1963, and the following 18-year-long captivity to compulsory labor, during which he was twice sentenced to death the last few years of the regime, which had been overthrown since 1990, when Simoni worked as a sewer worker and secretly exercised his priesthood.

He had not lost faith for a second, “Simoni said. God had helped him overcome this difficult time. “Without Christ we are all lost,” the Cardinal addressed to the assembled faithful.

Religion is not simply a word but a deed, Simoni said, with a view to the peace prayer motto “Message for you”, his message. These could be deeds of charity, or a different achievement for the world beyond their own death. Everyone lives better when he carries peace in his heart, the Albanian cardinal concluded: “Therefore, open your hearts to love Christ, open your hearts to peace and charity.”

If you look into the world today, you often feel that evil has become overwhelming, said Cardinal Schönborn. People lack grace, “but God gives it to us,” the Viennese Archbishop called out to trust in God’s help. It was precisely where sin became powerful that the grace of God had become “great.” Only with their help can man exist. This is shown by the example of Cardinal Simoni, and of his testimony of faith, which has been passed through many years of imprisonment. “The Gate of Grace” is the Mother of God, Maria, according to Schönborn. “Through them grace has come into the world.”

The prayer of peace in St. Stephen’s Cathedral took place this year for the tenth time. In terms of content, prayer in Vienna is closely linked to the Bosnian-Herzegovinian pilgrimage site of Medjugorje. Since 1981, Medjugorje has exerted great attraction on believers from all over the world. Six children had reported at that time that the godmother had appeared to them in the sheep-hats. The allegedly persistent appearances of the Virgin Mary are controversial in the Catholic Church. The Vatican has not yet recognized the phenomena, but an early decision to do so by Pope Francis is expected.

One of the six “seer children” of Medjugorje who had grown up, Marija Pavlovic-Lunetti, emphasized in a testimony the necessity of repentance and prayer for peace in the world. “Get closer to God and prayer and you will have peace”: The mother gods call the people through their messages, said Pavlovic-Lunetti. Medjugorje, which is visited annually by some 2.5 million believers, has today become the “largest confessional chair in the world”.

The prayer evening was organized by the prayer community “Oasis of Peace”, the “Prayer Action Maria – Queen of Peace – Medjugorje” and the “John Community of the Sovereign Order of the Order of Malta” 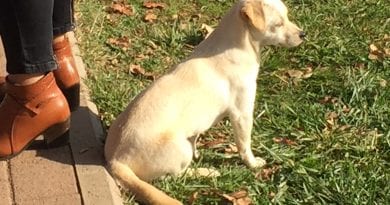 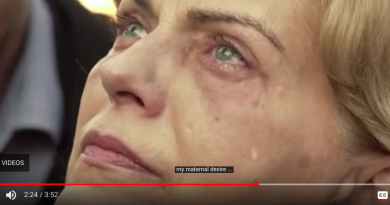 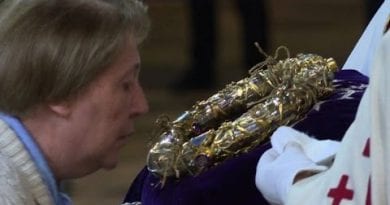 No sin is ever forgiven in the brave new woke world…’The cancel monsters will find that no one is pure enough, and no one can change. They’ll burn everyone and everything down.”