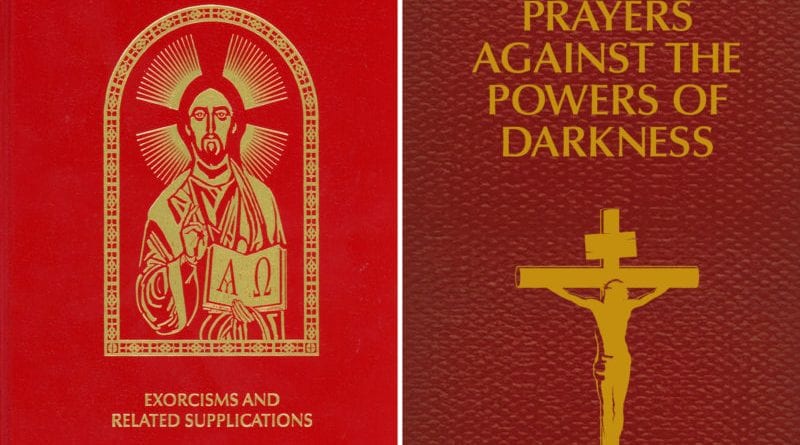 While most of the book is for the use of exorcists, it also contains an appendix of prayers that anyone can use, offering familiar as well as little-known prayers, invocations and litanies. Titled “Supplications Which May Be Used by the Faithful Privately in Their Struggle Against the Powers of Darkness,” the collection of prayers will be particularly helpful for a person before or after an exorcism, as well as for family and friends who wish to pray for them.

The first official English-language translation of the ritual book “Exorcisms and Related Supplications” is available from the U.S. Conference of Catholic Bishops.

Distribution of “Exorcisms and Related Supplications” is limited to bishops, though exorcists, other clergy, scholars and seminary professors also can obtain a copy with the permission of a bishop.

Having it available now in English “should make it easier for a bishop to find a priest who can help him with this ministry,” said Fr Andrew Menke, executive director of the USCCB’s Secretariat of Divine Worship.

“Given that there’s less facility in Latin than there used to be, even among priests, it opens the door to more priests to do this. Until now, not only did the priest have to be wise and holy, but he also had to have strong facility in Latin,” Fr Menke told Catholic News Service.

“It makes it easier for a priest who might otherwise be a good exorcist but who would be intimidated by a requirement to use a Latin text. Having it available in the vernacular means he can concentrate on prayer and on the ritual, without needing to worry about working in another language,” he explained.

The translation is from the rite that was revised following the Second Vatican Council. It was promulgated in Latin in 1999 and then slightly amended in 2004. The revised text draws from rituals used by the Catholic Church for centuries.

The USCCB approved the English translation at its 2014 fall general assembly. The Vatican gave its “recognitio,” or approval, of the translation earlier this year.

Hearing prayers offered in English also can benefit the person seeking an exorcism, said Father Menke, who noted he is not an exorcist.

“The first and foremost reason for an exorcism is to rid the person of the demon. And whether the person understands what’s being said or not is irrelevant on one level. They just want to be free of this oppression,” he said.

“But at the same time, exorcists have told me that for some people it can be a big help to hear words that they understand, words that are consoling, words that remind them of the power of Christ over the demons. There’s a certain confidence that comes from hearing these words,” he said.

For others, hearing the exorcism rite carried out in Latin can be consoling in its own way, Fr Menke added, because the person “knows this is the prayer of the church.”

Ultimately, it is the exorcist who chooses which language to use during the rite.

The main part of the book is the rite of major exorcism, and it also includes an introduction outlining criteria for its use. The text affirms the reality of evil in the world and more so affirms the sovereignty of Jesus to overcome any and all evil.

While most of the book is for the use of exorcists, it also contains an appendix of prayers that anyone can use, offering familiar as well as little-known prayers, invocations and litanies. Titled “Supplications Which May Be Used by the Faithful Privately in Their Struggle Against the Powers of Darkness,” the collection of prayers will be particularly helpful for a person before or after an exorcism, as well as for family and friends who wish to pray for them.

But Fr Menke said the prayers in the appendix can bring comfort to anyone who prays them, whether or not an individual is undergoing an exorcism.

The appendix has been printed in a separate booklet, “Prayers Against the Powers of Darkness,” offered for sale by USCCB’s publishing arm.

“The book is meant to facilitate a very reflective kind of prayer,” he said. “It’s not something you read like prose. It’s meant to be a meditative, patient, trusting, quiet sort of prayer.”

Some sections of the booklet are arranged so that one prayer appears on a page, giving the user a chance to reflect on one thought or image of God’s healing power.

Repeatedly reflecting on the prayers can be part of the healing process for a person troubled by demons, Fr Menke said, because in many cases the rite must be performed several times “before the person finds definitive healing.” 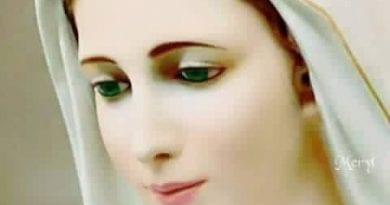 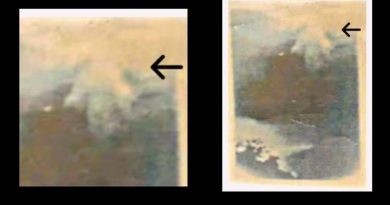 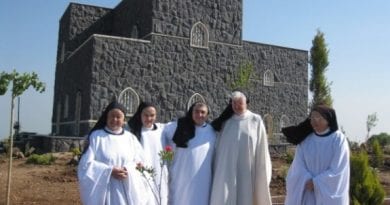 War with Russia: Putin “It’s you who must give us guarantees, and give them immediately, now,”

Medjugorje Today March 19, 2021 “Vicka Warns: “The excuses offered by non-believers are not valid….God will not intervene directly, woe to those who wait.”

Video above: Is this what the true face of the Madonna is like? In the following interview Vicka