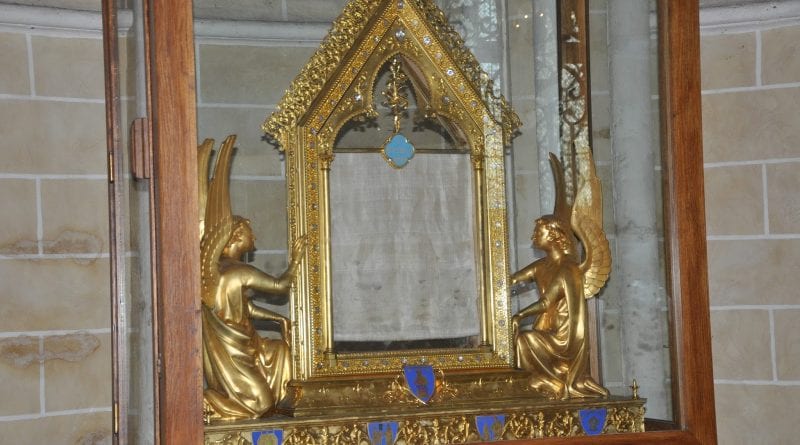 Although a large majority have been lost to history, some of the earliest relics of the Church still survive to this day. The relics that do remain are safely stored and kept around the world in churches and cathedrals to be seen and venerated by the Faithful. However, given Mary’s Assumption into Heaven, in which she left behind no physical body on Earth, no bodily relics remain. One relic that does remain is the sancta camisia, the veil she wore while giving birth to Jesus Christ.

“Mary died in the presence of all the Apostles, but that her tomb, when opened upon the request of St. Thomas, was found empty; wherefrom the Apostles concluded that the body was taken up to heaven.” – Saint John Damascene

Tradition says the sancta camisia, Latin for holy shirt, is the veil that was worn by the Virgin Mary during the Birth of Christ. It is over twenty feet long and made of fine silk. After the Assumption of Mary, it is said the veil was moved from Jerusalem to Constantinople, where Byzantine Empress Irene presented it to the Holy Roman Emperor Charlemagne. In 876, his grandson Charles the Bald gifted it to the Chartres Cathedral in France, where it has remained for over 1100 years.

In 1145, the veil was nearly destroyed when the church housing it caught fire. A few clergy members ran through flames into the churches crypt, veil in hand. It is said three days later they emerged completely unharmed through the intercession of Mary. The phenomenon was deemed a miracle, and taken as sign that the in the ashes of the old church a grander one should be built to venerate her. The Chartres Cathedral was built in its place.

Scientific tests of the veil have dated it back to the first century A.D., and of Syrian origin, lending credence to the tradition that the veil was worn by Mary herself. Today, it is kept safely housed in a golden reliquary beside the altar in the Chartres Cathedral. Every year on August 15th, the feast of the Assumption of Mary, the veil is carried throughout Chartres in a procession. 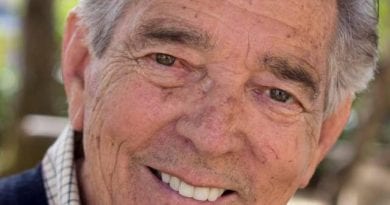 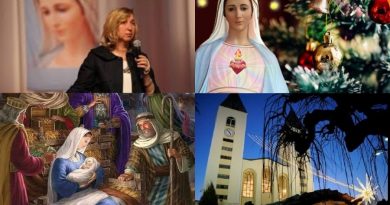 3 thoughts on ““Sancta Camisia” Did you know that the veil Mary wore while giving birth to Jesus Christ still exists?”

Maria cries in Ukraine SOURCE ALETEIA Italy In a small Ukrainian church near the border with Poland, the Mother of

By Stephen Ryan   In two days Martin Luther King would be dead, a month after that Robert Kennedy would die

MEDJUGORJE 2023 COULD IT HAPPEN? VISIONARY SAYS: “THE PERMANENT SIGN WILL ARRIVE IN MY LIFETIME’