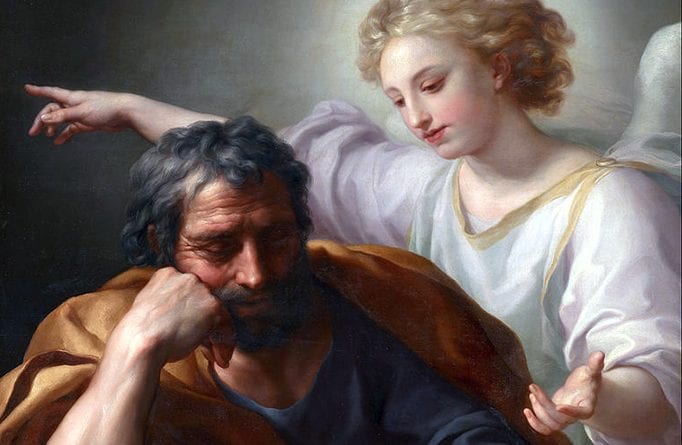 The angel wouldn’t have said “Do not be afraid” unless there was something to fear.

The Feast of St. Joseph, Guardian of Our Lord, is what I call an orphan solemnity in the Church. Not much is made of it, not really. Right now it just hangs around in the middle of Lent, March 19, pretty much as it has since the 15th century.

I blame the Bible for that; maybe St. Matthew especially. It is Matthew who first introduces us to the man later generations, including our generation, calls the Guardian of Our Lord. After that, Joseph drops away.

Precious little is known about Joseph. Even the oral tradition — the tradition outside scripture — hasn’t got much to say about him. There is a lot of invented “history” but little that is real. We know only that he was a “joiner,” a carpenter, a tekton in Greek (which today gives us words like technician and technology), and we know that only because it is a criticism made of Jesus, muttered by a voice in a crowd (Mt. 13:55).

But Matthew does drop a hint of what sort of man was Joseph. Matthew lets it slip that Joseph was a “righteous” man (1:19), and Joseph’s “righteousness” wasn’t necessarily a good thing for Mary.

We know this because Matthew tells us Joseph was quite prepared to deal with a pregnant Mary according to the demands of righteousness, understood through the Jewish law and custom. He was prepared to renounce his betrothal, to “put her aside” as was said, when he discovered she was pregnant.

That is what “righteousness” demanded from a “righteous” man. The one concession he made was to do it quietly, to avoid Mary’s public disgrace.

Joseph, make no mistake, was a “righteous” man, but not without some consideration.

Of course we know what happens next. After Joseph decided upon this, an angelic visitor arriving in a dream straightens him out, and the dream angel even prescribes the name by which Joseph is to name the child. Yeshua in Hebrew, Jesus as it gets translated, “God is our salvation,” and it might be added parenthetically, not our “righteousness.”

Frankly, as visits with angels go, Joseph gets slighted. There is no other way to put it. Compared to the others in the Nativity story, Joseph gets the shortest of short straws.

When it came time to announce the birth of John the Baptist, Zechariah gets a visit from an archangel, no less than Gabriel himself, who tells Zechariah that he, Gabriel himself, “stands in the presence of God” and was specifically told to deliver the message to Zechariah. Pretty important stuff for an angel, who makes sure Zechariah knows it too. (Lk 1:19)

When it came time to assign Mary’s role in the salvation of the world, once more, it is the Archangel Gabriel who declares her pregnancy is by God’s choice through the Holy Spirit.

Even hired shepherds outside Bethlehem get better than Joseph. They get a flash-mob chorus from heaven dancing the Gloria.

But Joseph; what does Joseph get? Joseph gets some no-name angel and no face-time, only a dream. No flappy wings, no dazzling light, no tune for him to hum on the way to work – he gets a whisper in his ear from lower-echelon angel.

And Joseph acts on the basis of a dream. There is a brave man, especially after this no-name angel says, “Do not be afraid.” The angel wouldn’t have said that unless there was plenty to fear.

If a betrothed woman became pregnant, it was regarded as adultery, if not harlotry. Deuteronomy spells it out. She shall be “brought to the doorway of her father’s house, and the men of her city shall stone her to death because she has committed an act of folly in Israel by playing the harlot in her father’s house; thus you shall purge the evil from among you.” (Deut 22:21)

Joseph risks his “righteousness” for a dream. He does not put Mary aside quietly or any other way and, come time for the child to be born, he remembers what name to give.

Here is a “righteous” man by religious law and Jewish custom.For a woman, and for a child not his own, on the word of an anonymous angel, he discards his righteousness according to the law. This he tosses this aside for an uncertain if not perilous future.

The public disgrace that would have fallen upon Mary, Joseph accepts it for his own.

St. Paul once called himself a “Pharisee of Pharisees,” so righteously did he work to observe the traditions. But all he was doing, so he said, was picking through trash compared to the Good News of the Messiah.

St. Paul said it. But it was Joseph who first lived it.

The story of Joseph reminds us that what is yet honored best are words like courage, duty, love, devotion, faith — words that every father, even a foster father, should seek for his own.

Even though we really know so little about Joseph, thanks to a no-name angel, we know enough to call him Guardian of Our Lord. 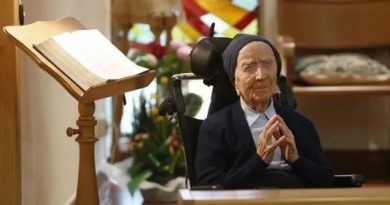 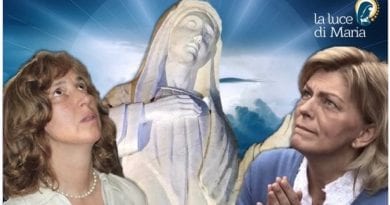 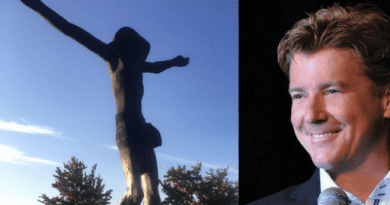 MEDJUGORJE: THIS MYSTERIOUS RUSSIA PROPHECY IS UNFOLDING NOW IN UKRAINE -BE READY FOR WHAT IS COMING

A VILE blood-filled river in Israel is prompting fears of an imminent “major environmental disaster”. One horrified photographer described the