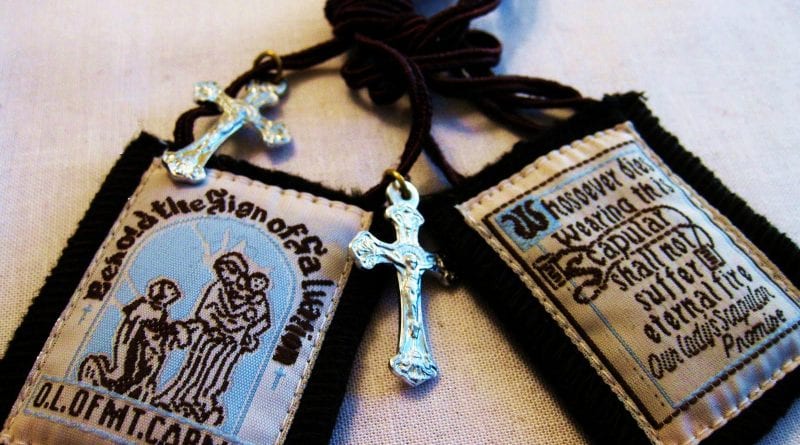 Here are 9 of these amazing miracles.

1 – The first miracle of conversion
On the same day that Our Lady gave the scapular to St. Simon Stock, he was hastily called by a nobleman named Peter of Linton:

“Come quickly, Father, for my brother is to death in despair!”

St. Simon Stock immediately went to the dying man. As soon as he arrived, he threw his great scapular over the man, asking our Blessed Mother not to fail to keep his promise. Man has finally repented and died in the grace and love of God.

2 – The scapulars that resisted the grave
Just twenty-five years after the vision in which Our Lady of Carmel delivered the scapular to St. Simon, Pope St. Gregory X died and was buried with his scapular. When his grave was opened 600 years later, the scapular was still intact.

Two great founders of religious orders ( St. Alphonsus , of the Redemptorists, and St. John Bosco of the Salesians) had a special devotion to Our Lady of Carmel and wore the brown scapular. When they died, they were both buried with their priestly robes and scapulars.

Many years later, when the graves were opened, their bodies and the sacred robes with which they were buried had already been consumed – but the brown scapular that each used was preserved perfectly intact. The one of Saint Alphonsus Maria is exposed in Rome in the monastery he founded.

3 – The scapular that calmed a storm in the sea
In 1845, the ship King of the Oceanleft the Port of London for Australia. Among the passengers was English Protestant pastor James Fisher, with wife and two children, ages 9 and 7. The weather was fine in the first few weeks of travel, but when the Indian Ocean was already in, a strong storm from the northwest swept across the ocean. The waves erupted furiously, the sails ripped, and on board the wood looked like nothing more than reeds at the mercy of the winds and waves of that memorable night. They ordered the passengers to go down to their cabins.

There was nothing to do. There were orders of command, cries of despair, and pleas for mercy. Mr. Fisher, with his family and others, climbed the deck and asked everyone to join in prayer, begging forgiveness and mercy.

There was a young Irish sailor from the county of Louth, John McAuliffe, unbuttoning his shirt, and drew a scapular from his neck. He brandished it in a cross and threw it into the sea. Soon the waters overcame his wrath, the tempest calmed down, and a small wave sent to the young sailor the same scapular which, a few minutes earlier, he had thrown into the escaped sea. So the ship arrived safe and sound at the port of Botany.

Now the only people who had noticed the sailor’s gesture and the return of the scapular to the deck were the Fishers. With deep reverence, they approached the boy and asked them to explain the meaning of those simple pieces of brown cloth, marked with the letters BVM. Once informed, they promised to embrace the faith whose protector and lawyer is the powerful Virgin of Carmel, Our Lady, Mother of Jesus.

Already in the Australian city of Sidney, they went to the small chapel of Santa Maria, then made of wood in the place where a magnificent temple stands today, and were received into the bosom of the Church by Fr. Paulding, later archbishop.

4 – The scapular that saved a house from the fire
In May 1957, a Carmelite priest published an astonishing account of an entire neighborhood of row houses that had burned down in Westboden, Germany. In one of them lived two pious families, who, upon seeing the fire, immediately hung a scapular at the entrance door.

In five hours, 22 houses were reduced to ashes – but, amid the general destruction, a single one remained intact: the one with the scapular attached to the door. Hundreds of people were eyewitnesses to the intercession of the Blessed Virgin Mary in that residence.

5 – The scapular the devil wanted to throw away
One day, the venerable Francis Ypes noticed that the scapular he used to wear had fallen. When he was about to put it on again, he heard a demonic voice telling him,

“Throw away this cloak that snatches so many souls from hell!”

6 – The scapular that saved the Carmelite in the Holy Land
In 1944 a Carmelite missionary in the Holy Land was called to minister the sacrament of the Anointing of the Sick. The driver, who was an Arab, sent him down about six kilometers before the scene, because the road was too dangerous because of the mud on the road. And it was so much that, after walking a few miles, the missionary felt his feet sinking deeper and deeper into the mud, until he slipped into a mud pit and began to sink. He immediately remembered Our Lady and her scapular; kissed him, looked up at Mount Carmel, and cried out,

All he remembers is that, then, he found himself on firm ground.

“I know that I was saved by the Blessed Virgin through her brown scapular. I lost my shoes in that mud. I was almost covered in mud, but I managed to walk the remaining three kilometers, always praising our Lady. ”

7 – The scapular that saved the man hit by a train
In the early twentieth century, in the American town of Ashtabula, Ohio, a man was seriously hit by a train. Instead of dying on the hour, however, he remained conscious for another 45 minutes-the time it took for a priest to arrive and minister to him the last sacraments.

No one understood how it was possible that, with such open wounds, he had not died immediately. The only explanation found was hanging around his neck: he wore the scapular.

8 – The scapular that saved the life of a priest
A French priest had gone on a pilgrimage when he remembered that he had not brought his scapular. Even though he knew that he would be late to celebrate Mass, he returned to pick him up, for he could not even imagine himself on the altar of Our Lady without wearing his scapular. Later, while celebrating the Holy Sacrifice, a young man approached the altar, pulling a weapon and struck the priest from behind.

To his astonishment, the priest continued to celebrate Mass as if nothing had happened. The believers thought at first that the bullet had miraculously wronged the target, but then it turned out that it had gotten stuck in the small brown scapular that the priest had refused to leave behind.

9 – The scapular that saved a young woman in the fall of an airplane
In November 1955, in Guatemala, an airplane with 27 passengers died, all but one young woman, who noticed that the plane was hurrying, grabbed her scapular and asked the Blessed Virgin of Carmo for help. She suffered serious burns and her clothing was completely burned, but the scapular was not even touched by the flames. 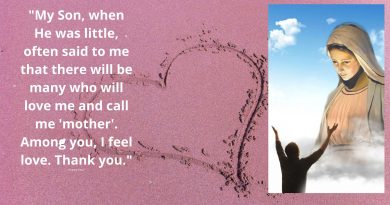 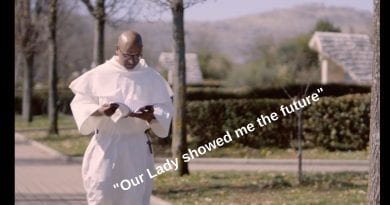 SOURCE MERION WEST Vladimir Putin may be President of the Russian Federation, but, for all the talk about the various