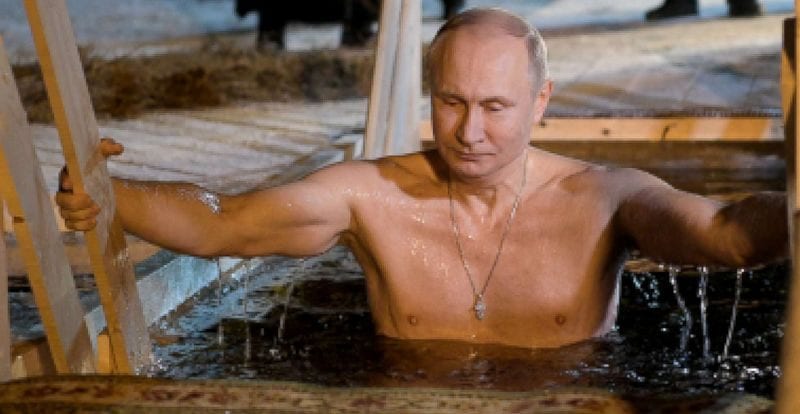 President Vladimir Putin waded into a frozen lake in a traditional celebration of Epiphany. The annual baptism is a long-running staple of the Orthodox Church, with believers across Russia taking the midwinter dip.

Putin took the plunge into an ice-hole in Lake Seliger, north of Moscow, to commemorate the baptism of Christ in the Jordan River over two thousand years ago.

Putin, renowned for his ‘tough guy’ image and his love of outdoor pursuits, walked up to the freezing water in a thick fur coat, casually inquiring whether the gathered reporters were feeling cold. He then removed his outer attire and took his dip in the water, which had been blessed by the Russian clergy.

Traditionally, bathing in ice-cold rivers and ponds takes place during the night of January 18-19. The weather for this year’s Epiphany was milder than usual, with the temperature near Lake Seliger standing at about six or seven degrees Celsius below zero (19 Fahrenheit).

CNN Aired
(excerpt from near the end of the hour-long interview)
There is much talk about Vladimir Putin and religious faith. I’m told that you wear a cross. Is that true? Are you religious? What are your feelings in this area?

Incidentally enough, there was a story about this cross and since then I have always decided to have it on my body, now in the Dacha close to St. Petersburg, there was fire on the Dacha, it happened because of the fact that something went wrong with sauna.

Prior to entering the sauna, I took off the cross before entering the sauna, and then with my friend, we jumped out naked, since it was so unexpected. And I cherish that cross very much, it was my mother’s cross, and the fire was really in earnest at the time. So I was thinking about whether perhaps it could get even remnants of it, it was an aluminum-made cross, a very simple thing. 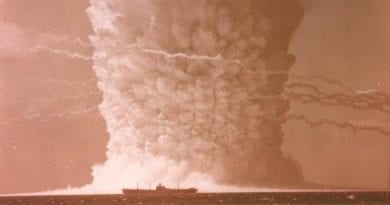 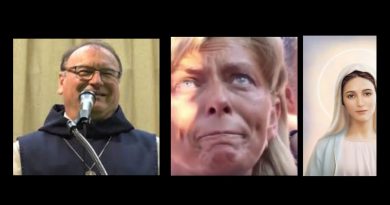 Vatican Exorcist: “God has given us Mary at Medjugorje as the last chance to save humanity”