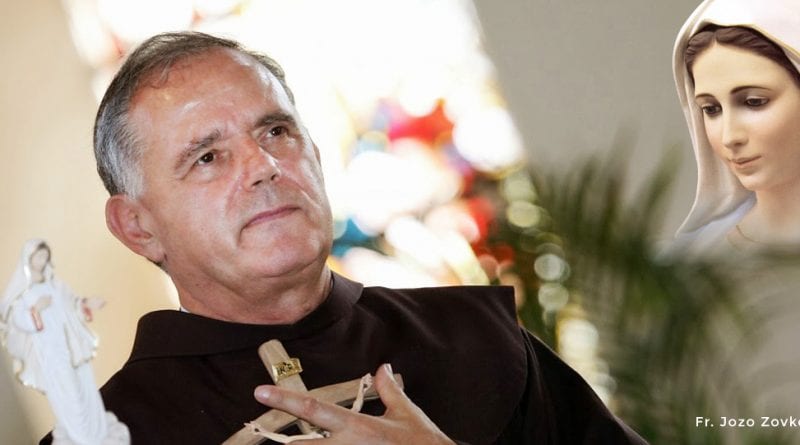 Badija Island:
A small island in Korcula Archipelago that features 14th century Franciscan Monastery, some nice beaches and swimming spots as well as a good walks to the top of the hill with great views. It is the one of the largest island in the Archipelago situated on the east side of Korcula Old Town , about 15 minutes taxi boat ride from Korcula’s harbour. The Island covers the area of about one square km and is covered by dense true maquis vegetation, pine and cypress trees. There is a tarmac path around the whole Island great for some walking or mountain biking offering nice views and several handy swimming spots. Historically, the island was first mentioned in14th century in some letters sent by the priest Vlaho Ivanovic from Korcula, who lived here as a monk in the Monastery. Some stone monuments found on the island are proof that Romans were also here long before.

In 1981 Father Jozo Zovko OFM, was a parish priest at St. James Church in Medjugorje. He was away for the first 7 days of alleged apparitions, and upon his return, he initially did not believe children. Years later in his homily he shared: ” I wondered Why don’t they (the children) listen to me? I never thought; why don’t I hear them? Then one day it happened; they came to the church and I went to the hill. ‘The apparitions are a reality. I heard the voice in my heart. ‘Go out. Protect the children.’ The children needed my protection. So I went back to the church and took the children to the rectory. It was then, that Our Lady came much closer to my heart.” ‘The children said: ‘Our Lady will come to the church.’ – and our Lady came blessing us all.’ God needs us. And without us His flame cannot be released.’ Because of a sermon he had given, which was seen as an insurrection against the Communist government, Father Jozo was arrested and sentenced to three and a half years of hard labor. This sentence was later commuted to eighteen months, and once released, pilgrims attended his services were packed in Tihaljina and later in Siroki Brijeg. Pilgrims could not imagine going to Medjugorje without attending Fr. Jozo Zovko’s tremendous healing prayers. We look forward to seeing Fr. Jozo on a 5 day retreat at a Monastery in Badija Island!

Most who know Slavenka, will say that she is one of the finest tour guides that one has ever known. All of us at 206 Tours, will tell you that Slavenka does not only guide groups, she goes over and above all her guide duties, for example, she inspects the rooms where pilgrims stay, she tries the food that pilgrims will eat, she arranges spiritual activities, she climbs the mountain and most of all she prays and she lives her faith! Slavenka is married to a wonderful doctor, she is a mother to three grown children, and although she is qualified to be a professor, for the past 25 years has been leading tours and pilgrimages for 206 Tours. 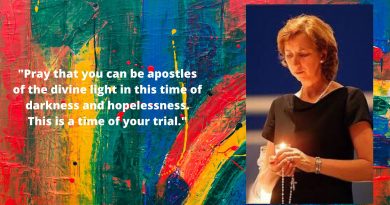 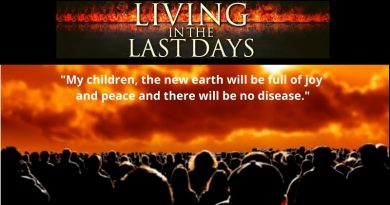 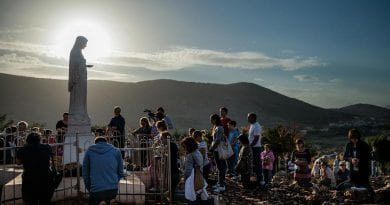 One thought on “A Trip of a Lifetime on Beautiful Badija Island…Come Face to Face with History. Hear the Story of Medjugorje from your Spiritual Leader Fr. Jozo, the priest who was there from the beginning”

If you were able just once to see the tears on the face of Our Lady because of unbelievers, I