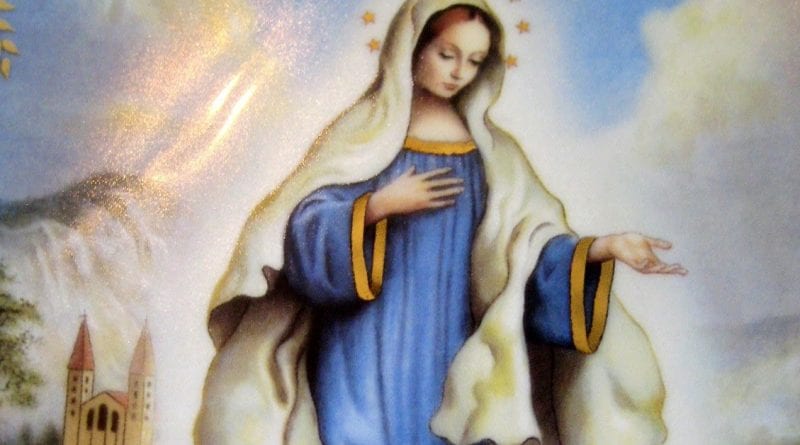 The week I spent in Medjugorje totally changed my life. At the foot of the Krizevac, I felt the love of the Virgin Mary embracing me and through tears it freed me from all the anguish and anxiety that I had held in my heart for my father and for those I thought had been the errors of my life. Sadness turned into pure and true joy, that which is born of the heart and that which only God can grant, but it was not everything, another grace awaited me, forgiveness. A true, sincere forgiveness that freed me from a huge burden on my heart, yet I no longer had any doubt, God had forgiven me and gave me a new awareness, a capacity to understand and accept even the crosses of life better, since thanks to them now I feel reborn.

A priest who was with us said to me: “You got on this bus with a look and come home with another, completely different, try not to lose it” I will never forget it.

Back home I realized that I was no longer the same as before, I felt free, another person, eager to thank not only words, but with the facts that God had done so much for me by touching and healing deeply. I began by forgiving those who had hurt me and did not seem at all difficult, it was as if my heart had been changed, I was amazed at how true that feeling was and the more I reached this awareness the more I felt peace grow in me.

My father stayed with us for another 18 months and left us living his last time in the grace of God. Even the doctors never knew how to explain what happened, but I knew in my heart that God had listened to my prayer. On his deathbed, he made my sister promise that she would go to Medjugorje instead.
The rosary became my best companion and above all I intensely desired to pray to it together with others, just as it was in Medjugorje.

I felt it was a necessity and I found myself talking to my parish priest who, knowing my shyness, understood that it was a call and invited me to create a prayer group in my parish dedicated to the Queen of Peace. I do not think it was a coincidence that it began precisely on September 15, 2008, the feast of Our Lady of Sorrows, also because I realized it only a year later. Then 3 more were born.

My father took part too many times before his death and I am sure that these prayers also helped the conversion of our whole family, for a more alive and felt faith. My father died with a smile on his lips, with all the sacraments, the weekly confession, the Eucharist every day and the extreme anointing given to him twice. Even my first rosary went with him, in my jacket pocket, I wanted it to be a sweet chain that kept us all united to Mary as she had done in those 18 months of grace.

These were the first wonderful fruits of Medjugorje in my life that until then I was sad and insignificant, Mary and the Lord had given meaning to all that I would have been from there forward their disciple, their hands outstretched.

On 8 December 2008 I felt in my heart a very strong desire to consecrate myself to the Immaculate Heart of Mary and after a few days of preparation with great emotion I consecrated to the mother of Jesus at the Marian Cenacle of the Missionaries of Father Kolbe of Borgonuovo – Bologna, my heart he longed to belong to Mary and be a totus tous with her. During the second pilgrimage to Medjugorje I was granted the grace to live Jesus Eucharist with the awareness that He is really present in the Sacrament and that my task was not finished. Mary wanted me to bring to you other pilgrims other people in need of her affection and of my testimony in order to receive my same grace.

I was more than certain, I felt it in my heart, although it seemed to me a commitment too big for my strength was as if someone inside me was me reassuring me that I could not count on my strength, but on those of the Celestial Mother and then everything would be done according to His will. So I agreed to act as an intermediary for the realization of your plans.

I left the photo of my father at the foot of Our Lady on Mount Podbrdo and that same night I dreamed beautiful, young, smiling woman dressed all in white, a dazzling white was in front of the church of Medjugorje and said about my father: “He has  come here, He is home,’ I remember this dream like it was now.

The message of March 2, 2010 that Our Lady gave to Mirjana, cleared my doubts. Those words were printed not only in my mind, but also in my heart
“Dear children, my maternal Heart suffers greatly as I look at my children who obstinately put what is human before what is Divine, my children who, despite everything that surrounds them and despite all the signs that are sent to them, they think they can walk without my Son. “

They can not! They walk towards eternal perdition. Therefore gather you who are willing to open your heart to me, that you are willing to be apostles of my love, so that you may help me, because living the love of God be an example for those who do not know him. May fasting and prayer give you strength in this and I bless you with the motherly blessing in the Name of the Father and of the Son and of the Holy Spirit “
I felt that this message was mine, it belonged to me, just as my heart now belonged to you, and not only that, because I have given it my whole life and as long as it needs me I will not be late answering: Here I am!
Every day I can only thank the Lord for this call that has addressed me, I ask with simple humility of heart to be worthy.Returning to the simple prayer of the first years of my life. It is a sweet, nostalgic memory that I see again: my family gathered in prayer, which gently transmitted to me Christian values and my heartfelt gratitude goes to that great man who was my father, son of God and of truth ….

Goodbye daddy, I love you so much! 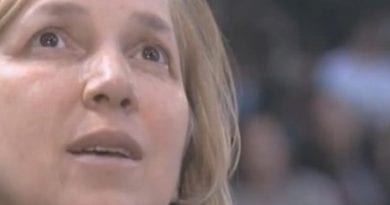 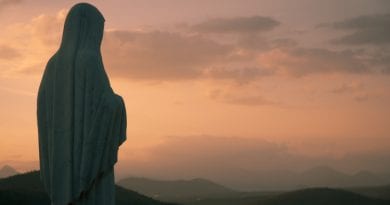 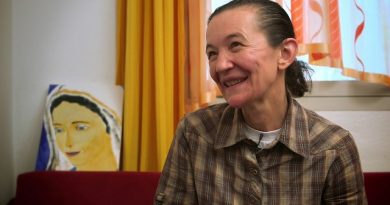 One thought on “On Cross Mountain Man Leaves Photo of Deceased Father… Sees Blessed Mother in Dream…”Goodbye daddy, I love you so much!””