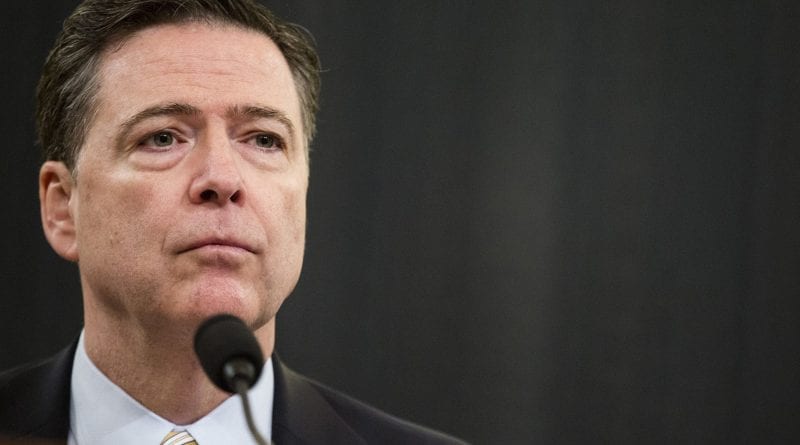 Now that we know what the declassified House memo says about government misconduct, we also know what it means: The Washington swamp — the deep state — is bigger, more vicious and more dangerous to American liberty than even a cynic could have imagined.

Because of the memo and previous revelations, we know that swamp creatures are embedded in the top of the FBI and the Department of Justice. Some used their power to try to tip a presidential campaign based on their personal politics.

They conducted a sham investigation of the Democratic candidate and misled federal judges to spy on at least one associate of her Republican challenger.

To block exposure of their misdeeds, these officials falsely claimed that national security would be damaged. Add that despicable lie — issued in the name of the FBI itself — to their shameful records.

Thanks to the battle over the memo, we also know with 100 percent certainty that the mainstream media is part of the swamp. The efforts by The New York Times and The Washington Post, among others, to keep the memo from ever seeing sunshine were appalling.

Before it saw the memo, the Times’ editorial page called it proof of “The Republican Plot Against the FBI.” A Washington Post columnist warned President Trump he would be making a historic mistake in releasing it.

Oddly, the campaign by those papers coincided with the celebration of their roles in releasing the Pentagon Papers nearly 50 years ago, as heroically depicted in the movie “The Post.”

Then, those papers took great risks in standing up for the First Amendment in the face of government threats and financial pressures. Now, those same papers take the side of butt-covering secrecy and demonize those who demand transparency.

Those organizations are betraying their legacies and their duties as journalists. They share with corrupt officials a hatred of Donald Trump and believe that ending his presidency justifies any and all means.

Their motives are as partisan as that of the Democrats who fought tooth and nail to scuttle the memo.

Talk about being on the wrong side of history.

The details of the memo make a strong case that current and former officials committed crimes by misleading FISA court judges in seeking four surveillance warrants against Carter Page, a bit player in the Trump campaign ­orbit.

Those details seal the sordid legacy of former FBI Director James Comey. He signed off on three warrant requests, reportedly without informing the judges that the essential piece of evidence against Page was the infamous Russian dossier paid for by Hillary Clinton’s campaign and the Democratic National Committee.

Months later, Comey himself told Congress the dossier was “salacious and unverified,” yet was secretly willing to use it in court against Page.

Its author, Christopher Steele, a former British spy, never went to Russia to interview his paid sources, some of whom were Kremlin officials. Did the judges know any of that before letting the FBI read Page’s e-mails and listen to his phone calls?

Steele was hired by the FBI, then fired when he shared his dossier with the press and lied about it. He also confided to an agent that he loathed Trump and “was passionate about him not ­being president.”

Did the agent, Bruce Ohr, whose wife worked for the same firm as Steele, Fusion GPS, tell the judges that? Did Comey? The memo says no.

Without knowing that partisan link, the court was deprived of evidence that would have called into question the surveillance request. Indeed, the memo claims that Andrew McCabe, the former deputy FBI director removed for his conduct during the separate Clinton investigation, testified that no warrant would have been sought “without the Steele dossier information.”

Not incidentally, current FBI Director Christopher Wray and his team read the memo before it was released, and did not dispute ­McCabe’s claim.

To the Trump haters, these facts don’t matter. He is, in their minds, unfit to be president, so nothing short of assassination is out of bounds.

Yet it is a mistake to view the memo’s revelations through the lens of whether you like Trump, or what you think of Carter Page. The ultimate issues are no more limited to them than were other landmark moments in American history limited by the personal ­interests of the parties involved.

The case in which Nazis were permitted to march in the Jewish neighborhood of Skokie, Ill., was not an approval of Nazis. The issue was whether repugnant speech has the same rights as popular speech.

The Supreme Court effectively said it did in a 1977 ruling that strengthened First Amendment rights for all Americans.

Similarly, the “Miranda warning” that allows a suspect in police custody to remain silent to avoid self-incrimination stems from a case involving a hideously violent criminal. Ernesto Miranda ultimately was convicted of kidnapping and rape, yet all suspects, innocent and guilty, benefit from the 1966 Supreme Court ruling in his favor.

Rulings like those weave the Founders’ ideals of equality into the fabric of contemporary life and make America the beacon of hope to the world.

Something even larger is now at stake. Trump is the great disrupter who has overthrown the established political order like no one in modern history, and many opponents have lost their bearings in resisting his presidency.

In their rage and bigotry, they are willing to abandon fundamental principles. We only know this because he won the election; none of this shocking misconduct would have been revealed under a Hillary Clinton presidency.

The claims in the memo that FBI and Justice officials acted corruptly should concern all fair-minded Americans, regardless of political preference. Those claims force us to ask whether we are a nation of laws that apply equally to all.

If not, we are no longer America. We are a banana republic where it’s acceptable for the government to use its police powers against political opponents.

The choice we face is especially stark given that the case at hand potentially implicates other top aides to former President Barack Obama. Recall that Page and others linked to Trump were accused of having ties to Russia, then their names were leaked to the media in a bid to sway the election and then to topple the president. There may be other flimsy FISA applications covering other Trump associates we don’t yet know about.

The memo is a giant step in ­uncovering what appears to be an unprecedented conspiracy, but it is not the endgame. More documents, congressional hearings, investigations and criminal prosecutions are unavoidable.

Hysterical Trump haters greeted the memo’s release by declaring that we face a constitutional crisis. They are right — and they are creating it. 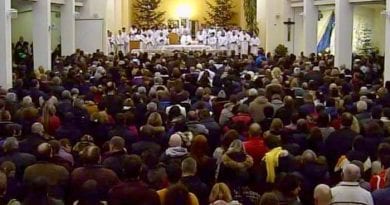 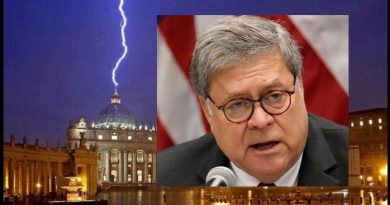 One thought on “….The GOP memo proves the ‘deep state’ is real…and they are not friends of the Christian Faith”

Medjugorje Visionaries from recorded testimony: October 12, 1981 Where is Paradise and the Kingdom of God? “In Heaven.” Our Lady is