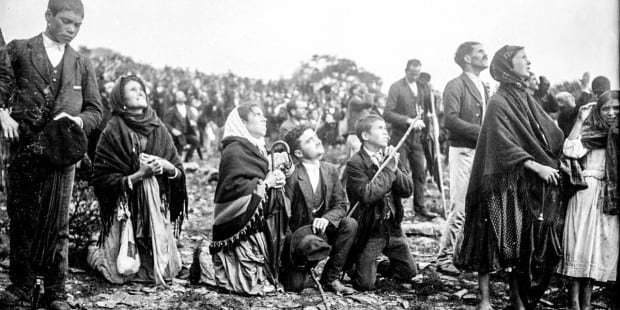 Few know it, but St. Joseph was also present in the vision of Sister Lucy

About the apparitions of Our Lady of Fatima, in Portugal, many people will surely have heard of the “Miracle of the Sun” of 1917, but few know that St. Joseph was also present in the vision of Sister Lucy. The servant of God and seer of Fatima Lucy described the apparition in her memoirs: “When Our Lady disappeared in the immense distance of the firmament, we saw, near the sun, St. Joseph with the Child and the Madonna dressed in white with a blue mantle. St. Joseph and the Child seemed to bless the world, with gestures that were done with the hand in the form of the Cross “.
“This reaffirms the importance of the role of St. Joseph within the Church. It says a lot about our world today. He is the silent giant, the forgotten friend who is constantly present, “explained Mike Wick, executive director of the Institute for Religious Life, an apostolate that promotes and supports the growth, development and renewal of the consecrated path.
In addition to this, Wick said that the presence of the Holy Family in the last apparition of Fatima is an “opportune reminder” of the fact that the Church must be the “family of God”.

“Saint Joseph, who is the head of the Holy Family, gives us a great teaching on God’s plan,” he added.

In this sense, Monsignor Joseph Cirrincione, who has been studying the apparitions of Fatima for over 40 years, stressed in his book St. Joseph, Fatima and Fatherhood (1989) that apparitions are ultimately a reminder of the importance of fatherhood.

“The paternity of Saint Joseph, as in the case of all human fathers, is the reflection in a creature of the fatherhood of God the Father. The vision of St. Joseph and of the Child Jesus who bless the world with Mary beside the sun, which has not left its place, is God’s security of the fact that, even if man can refuse it, God will never refuse the man “, he indicated.

When the peaceful family scene is interrupted by the rotation of the sun during the Miracle of the Sun, Monsignor Cirrincione believes that it is “a sinister presage of the consequences for the world, which will surely feel if the true fatherhood of God and the strong traditional role of the father of a family will be rejected by humanity “.

“The Miracle of the Sun represents not so much a threat of future evils, but an omen of the dethronement of God the Father and an indication of the terrible consequences that will ensue”, he stressed. Monsignor Cirrincione explained that “human fatherhood, as a reflection of God’s fatherhood, was designed to be the pillar of the family”, and that “the disappearance of esteem for paternity led to the collapse of this pillar and the disintegration of family”.

In the nineteenth century, Pope Leo XIII consecrated the month of October to Our Lady of the Rosary – the title with which Mary called herself to Fatima -, and in her encyclical Quamquam Pluries (on devotion to Saint Joseph) of 1889, the Pope asked “That the Christian people get used to praying with singular devotion and trusting spirit, together with the Virgin Mother of God, her most captive husband, St. Joseph”.
Given the importance of devotion to St. Joseph, the Pope also wrote and offered a prayer for St. Joseph to be recited after the Rosary in October. 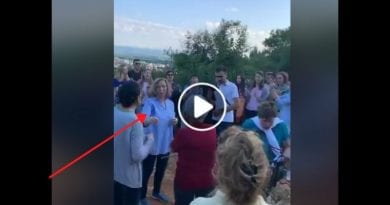 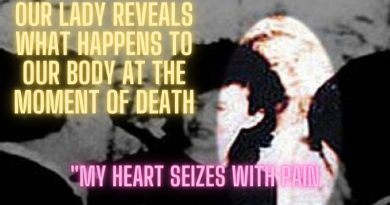 Gosnell Movie Director: “On Jan. 22, 2019, almost everything Gosnell and his staff did was legalized by the state of New York…they just legalized every horror he committed.”

This article orginally appreared on TownHall.com Thomas SowellLessons From the Past Dennis PragerWhy Is There a War on Cheerleaders? Kurt