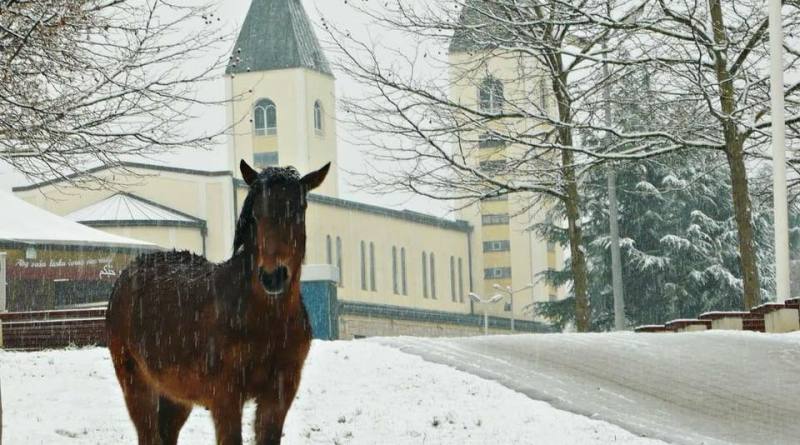 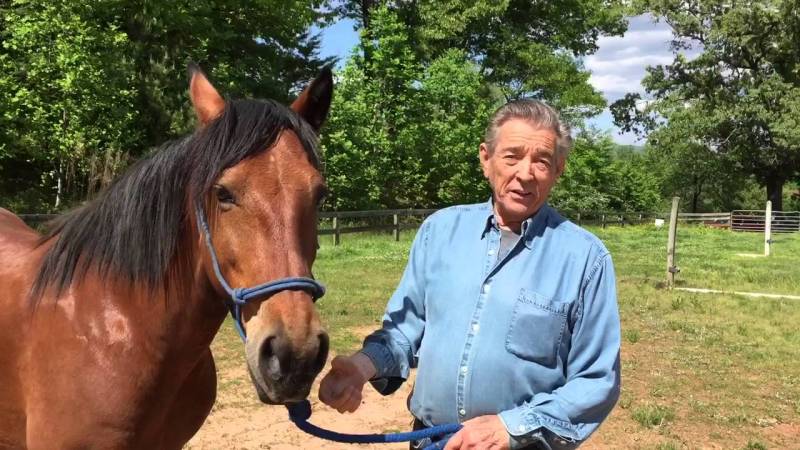 I discovered this photo about the horse in Medjugorje on my Facebook feed .. This was the message “Today… one of mujinih’s horses (those of mujo’s horses)” It’s all I know about the horse at St James Church

(Reader comment: Thank you for posting…………………. Has anyone else noticed that the horse at St. James looks exactly like Wayne’s horse? Wayne’s writings brought me back to my Catholic faith & I will always be in debited to him for his beautiful books. I also drove to Boca Raton to hear him lecture. I will continue to pray for Wayne & his family.)

As many of you now know Wayne is very sick with pancreatitis caused by non cancerous mucus forming tumors on his pancreas. They are large and causing obstructions which means he cannot eat. He also has several very large pockets of fluids which are causing more obstructions and pain. He has been in the hospital for about one month. Today the surgeons are doing surgery to add a feeding tube to his stomach, to try and drain some of the pockets of fluids and to perhaps put a stent in one of the ducts that is blocked. The surgeons do not know if they will be able to do any of the procedures until they get in there and look around. I am asking for prayers to guide the surgeon’s hands and to give Wayne’s body the strength to endure the surgery in his weakened state. 🙏🏼 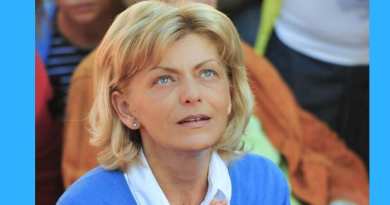 Medjugorje: Message of September 2, 2019 ..How Our Lady want to Protect Us from Eternal Perdition “Your prayers are so necessary in the world , so that souls are converted!” 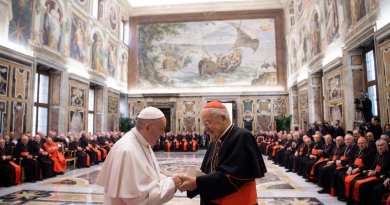 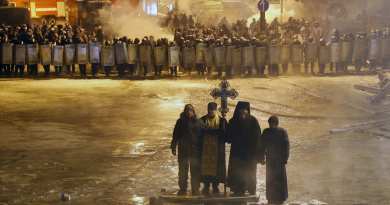 One thought on “Horse Mysteriously Shows Up at St. James Church in Snowy Medjugorje…Praying for Horse Lover Wayne Weibel?”

USA is a divided nation and on fire. Michael Brown at Spirit Daily writes: “No matter who wins this