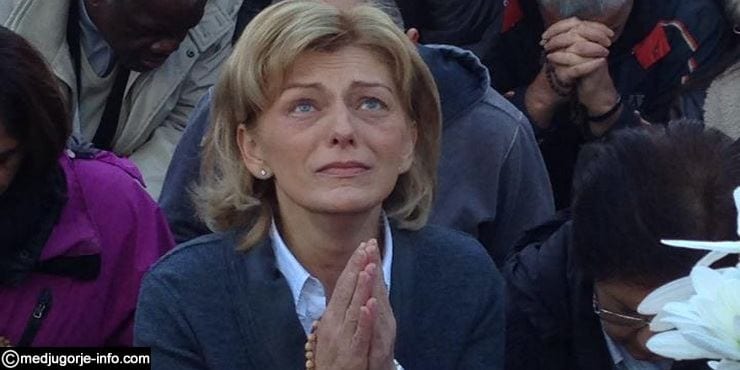 Mirjana “I had the opportunity to meet John Paul II. I was at the Vatican in
St. Peter’s church with all the other pilgrims in the company of an
Italian priest. The Pope was passing by and giving his blessing and,
among others, he blessed me and passed by. Then this priest said:
“Holy Father, this is Mirjana from Medjugorje.” He came back,
blessed me again and left. I joked and said to the priest: “Oh, we
can’t do anything.  He just thinks that I need a double blessing.”

So we laughed and left. However, in the afternoon we received an
invitation to go to Castel Gandolfo the next day at 8 a.m. – I did not
forget anything. It was there that I met with the Pope. He really
was a holy man. He looked and spoke with such a love that you felt nice with him.
It is like when you’re in the company of someone
that you really feel nice with; when you lack nothing; when you
wish nothing else but just to be with that person. That’s how it was
for me with the Pope.

Again, I cannot describe all the feelings that I
was filled with the night before meeting him. I was so excited that
I could not sleep because I could not believe that the next day I
would be with the Pope. At times I’d calm down, and then again
I would think: Alas, tomorrow I will be with the Pope! (laughter)
That is how I went through the whole night.

The next day when I came before him – we were alone, he and
I – I burst into tears. Probably, because I spent the night excited,
I could not hold myself back.

He looked at me with his beautiful warm eyes that I thought:
I’m with the holy man! The tears justflowed from my eyes,
as when you feel tightening in your throat
and you cannot say a word. He saw that I was very excited and he
started talking to me so nicely that I calmed down. Then, among
other things, he said to me: “If I were not Pope, I would have been
in Medjugorje already. I know everything and I’ve been following
everything. Take care of Medjugorje; it is the hope for the entire
world.” I can never forget what I experienced then; that love that
radiated from him, because he was a man who loved; who loved

everybody and who wanted to help everyone; who wanted to lis-
ten to everyone. Therefore, I deeply respect him and for me he
is a holy man. 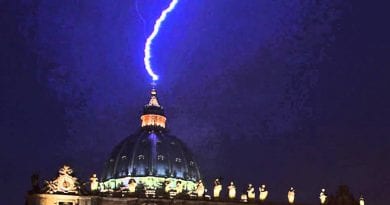 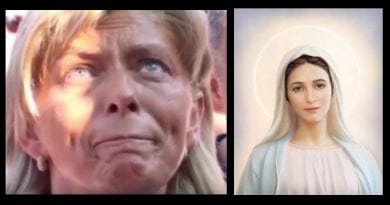 After this Sunday’s Angelus , Pope Francis renewed the invitation to pray the “Rosary for the mission of the Church, in particular

Feast day of Our Lady of Mount Carmel