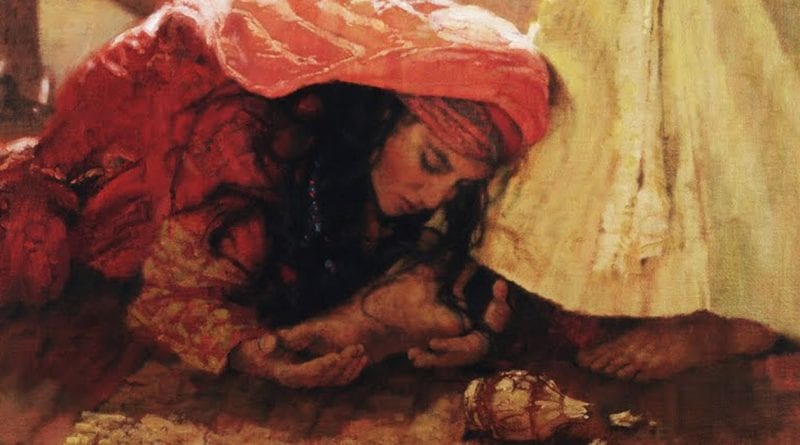 Monday of Holy Week
Six days before Passover Jesus came to Bethany, where Lazarus was, whom Jesus had raised from the dead.
They gave a dinner for him there, and Martha served, while Lazarus was one of those reclining at table with him.
Mary took a liter of costly perfumed oil made from genuine aromatic nard and anointed the feet of Jesus and dried them with her hair; the house was filled with the fragrance of the oil.
Then Judas the Iscariot, one (of) his disciples, and the one who would betray him, said,
Why was this oil not sold for three hundred days’ wages and given to the poor?
He said this not because he cared about the poor but because he was a thief and held the money bag and used to steal the contributions.
So Jesus said, “Leave her alone. Let her keep this for the day of my burial.
You always have the poor with you, but you do not always have me.”
(The) large crowd of the Jews found out that he was there and came, not only because of Jesus, but also to see Lazarus, whom he had raised from the dead.
And the chief priests plotted to kill Lazarus too,
because many of the Jews were turning away and believing in Jesus because of him.
“The Word Of The Lord”
May the Lord Jesus Christ showers His choicest Blessings and Miracles upon you and your beautiful family. 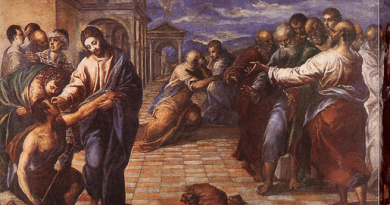 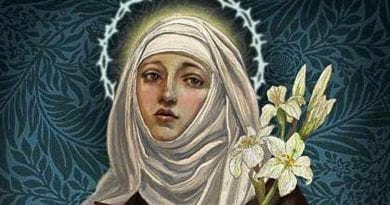 This is one of the most famous and perhaps the most visible photos of Our Lady in Medjugorje. The photo

Jesus reveals to Catholic Mystic Maria Valtorta about other lives in the universe, and explains what the “great Babylon” seen