Mystic Post note: We are publishing this article “as is” with Google translate.  We have a couple of researchers looking  more deeply into all he facts of this story.

Translated by Google Published at Dnevno.hr

Exclusive for dnevno.hr  Published March 19, 2018.
Domazet Lošo confirmed the information that is the key to Putin’s invincibility in the spirit 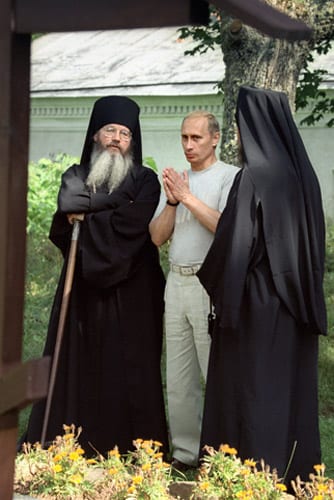 Vladimir Putin took over the elections in Russia again and his support proved to be stronger than ever. Despite tense relations with the West, Putin, having won the presidential election for his forth term, is now in controll on the largest country on earth.

The West mocks Russian democracy ever since Putin came to the forefront of the Russian Federation . Putin’s has openly opposed the West’s politics, which  many Russians believe is only a  mask of a democracy.

However, an interesting information came to us regarding the spiritual strength of Vladimir Putin, which he apparently carries out of faith in Christ, as well as obedience to the Russia Orthodox Church.

Namely, just as Jesus Christ, before commencing his public activity, first went to the wilderness for 40 days for spiritual preparation, so did Vladimir Putin before he first became president of the Russian Federation.

This information was confirmed by Domazet Lošo who noted that it is Putin’s strong faith and close attachment to the powerful Orthodox Church  that conflict western media and many of its politicians so deeply.

We asked Domazet Loso our question about whether there is truth to Putin’s rumored 40 day fast on the bread and water before his first election. Domazet Lošo answered us the following:

‘ Yes … Putin before he became President of the Russian Federation was forty days in the Siberian desert called the Pitian Desert, on bread and water and at a temperature of minus 30 degrees …

This task was assigned by the Orthodox “Elders” and he accepted it , “Lošo told us and added,” They know it in the West and that’s why they’re a problem . “

Namely, this information tells us much of what may be the key to Putin’s spiritual power. The significance of the desert has been revealed to us by Jesus Christ himself, and Putin, who runs his footsteps, unlike many other rulers who move to Satan’s footsteps, certainly can not be defeated as much as he was subjected to persecution.

The second paragraph refers to obedience to the “Orthodox elders,” as Domazet Lošo stated, revealing to us nothing but humility before the church and God, which is indispensable for victory in Christ, no matter which position the power or power is.

Putin has a constant spirituality of the highly esteemed Orthodox monk of Tihon Ševkun, who again distinguishes him from all the other Western rulers who, though often represented as Christians, hide behind the analysis of gatekeepers and wizards, which is why they seem weak, while Putin is very much it is stronger in the shadow of the One who has already overcome the Gentiles!

Admiral and geostrategic Domazet Lošo is one of the few who for this very reason, because of this magnificent knowledge of the invincibility in Christ, often remembers: ‘Let’s open the door to Christ. If you follow Christ, you can not make a mistake. The most important thing is to preserve the Catholic identity of many associations and sects, accentuating, says Lošo, who warns that Europe and the West as such will fail because it has given up Christ! 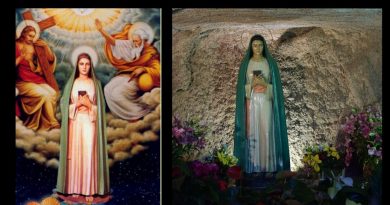 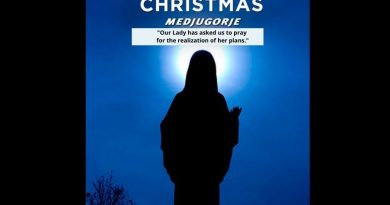 This is a special and important message. Medjugorje Message, May 2, 2016 – Apparitions to Mirjana “Dear children, My motherly

We all recite the Hail Mary, but how many of us know its true meaning? What is the prayer really

MEDJUGORJE: “TIME IS RUNNING OUT GOD IS SENDING ME TO WARN YOU (DO NOT LET GOD REJECT YOU)

Maria Valtorta:   Jesus Speaks about “Grace” Jesus says: “Today I want to speak to you about grace. You will see