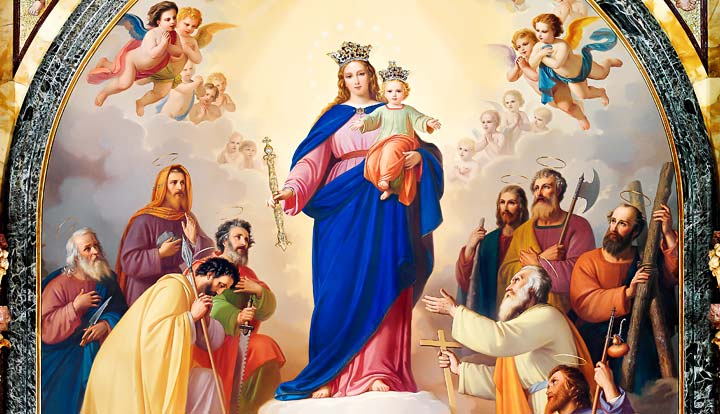 The great saint John Bosco (d. 1888) had, among the numerous gifts, the prophetic charism that often manifested itself in the form of prophetic dreams, some of which concern the Church in its troubled navigation in the waters of history. One of the most impressive and most current is that of the “two columns” to which the Pope navigates Peter’s boat to escape unscathed from a tremendous storm in which a multitude of enemy ships attacks them with frightful audacity.

The dream presents the war that has been unleashed against the Church in the last three centuries to be destroyed. The deployment of the enemies of Christ and the destructive hatred that animates them is impressive. In the background you can see the ferocity of the dragon who, after trying to snatch the Child, pursues the Woman wherever she tries to take refuge.

The two columns to which the heavenly helmsman guides the Church have two unequivocal signs: on the first there is a statue of the Immaculate Virgin with the inscription: “Auxilium christianorum [Help of Christians]”; on the other, much higher and bigger, there is a Host and under a sign with the words: “Salus credentium [Salvation of believers]”.

What does it mean? It means that the invincible weapons that the Church has for the great battle are the Blessed Virgin and the Eucharist. But, from a prophetic perspective, we can also see in the symbolism of the two columns not only the means of victory over time of trial for the Church, but also the fundamental dimensions of the triumph of the future: the kingdom of Mary Immaculate, the kingdom of Jesus in the Eucharist.

This interpretation leads to reflection on the story of Don Bosco. The terrible storm in which the ship of the Church is located and the furious and uninterrupted attacks of the enemy boats cease immediately as the Admiral-Pope draws to the two columns: the enemies are routed like a miracle, hitting and sinking each other; later all the other boats and boats that are loyal to the Church follow the example of the Pope and link the two columns of salvation, first of all those who fought valiantly in the front line alongside the pontiff. Be that as it may, this prophecy of Don Bosco, though somewhat mysterious, sheds light on some significant aspects of the Triumph. Although many details of the prophetic dream remain mysterious and difficult to identify, there can be no doubt about the substance:

– the calm that reigns as soon as the church-ship leads to the two columns is certainly a figure of the Triumph that will concern the whole Church, since “all the others follow the example of the great ship and dock to the columns”, as specified in the dream;

– the two columns, on the other hand, indicate, with undoubted certainty, the intimate nature of that kingdom of peace: fervent Eucharistic and Marian devotion will be the known characteristics of the future time, because the Eucharist and Our Lady are the greatest treasures of Church and will be valued to the maximum when men have the grace to fully understand their value and preciousness.

Certainly, before the Triumph, as well indicated in the prophetic dream, there will be a terrible clash against the forces of evil that will use all their weapons and will use every trick and trick to submerge the Church and its faithful children in the waves of the storm, to make it collapse under repeatedly blows.

This is the interpretation of Don Bosco himself who comments in his memoirs: “The ships of the enemies are persecutions.GREAT TRAVELS FOR THE CHURCH ARE PREPARED. WHAT IT HAS TO BE, IT IS ALMOST NOTHING TO WHAT IT HAS TO HAPPEN. His enemies are depicted in ships that try to sink, if they succeed, the main ship. Only two means remain to save themselves between so much trouble! Devotion to Mary Most Holy, attendance at Communion, using every means and doing our best to practice them and have them practiced everywhere and by everyone “(1). 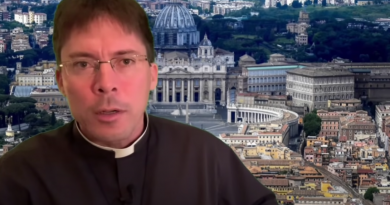 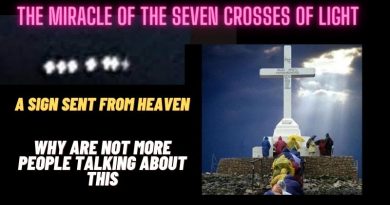 The Black Legend (Spanish: La Leyenda Negra) is a style of tendentious, subjective historical writing or propaganda that demonizes Spain, its