Trump tweeted: “Russia vows to shoot down any and all missiles fired at Syria. Get ready Russia, because they will be coming, nice and new and “smart!”

“You shouldn’t be partners with a Gas Killing Animal who kills his people and enjoys it!”

The US President’s tweet esclates tensions to a new level amid reports of an imminent strike by US forces on the Syrian regime.

Russia are allies with dictator Bashar al-Assad and are expected to defend him should the US attack – with US accusing Putin of having “blood on his hands”.

US warplanes were spotted flying over Syria last night, and destroyer USS Donald Cook is operating in the Mediterranean.

Britain and France are being called upon by the US to join any military action against Assad.

Dozens of civilians– including children – were killed in the strike on the rebel held town of Douma.

Trump decided to strike Syria last year, launching a blitz of 59 missiles over a chemical attack – but Russia failed to respond.

The US President had promised to act on the latest attack within 48-hours, and said “major decisions” will be made and “all options” are on the table. 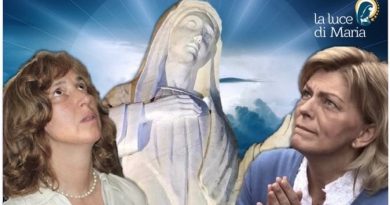 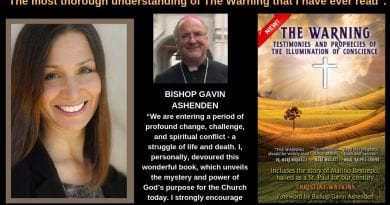 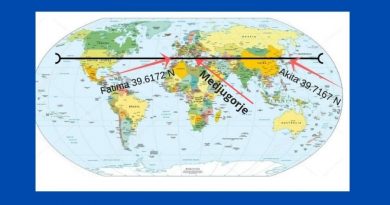 WORDS FROM  VATICAN  PAPAL ENVOY, ARCHBISHOP HENRYK HOSER “You can say to the whole world  that there is a light

How Can This Happen in America? Schumer Sponsors Bill Criminalizing Speech Critical Of Israel (Including Criticizing Isreal’s Border Wall) As He Refuses to Fund USA Border Wall Keeping US Citizens Out of Work

Dean20 hours agoHi Fr. Goring. Great post. I applaud your emphasizing the problem of ‘lukewarm Catholicism’. “So many have settled