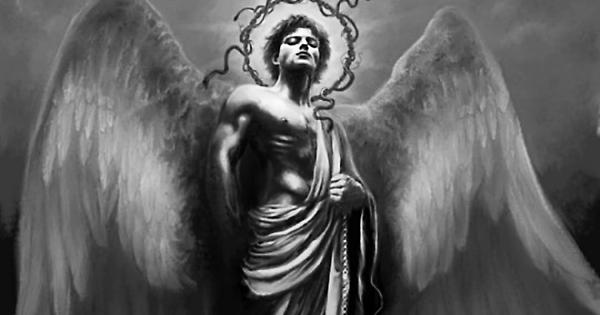 This brief glance at the work of God’s angels indicates that they are at work today and can be closely involved in the life of each person. Although invisible to us, they are able to help, protect and liberate even without our knowledge.

When we accept Christ as our Lord and Savior, we become the recipients of his ministering angels. No study of angels would be complete without considering Lucifer and the fallen angels. This reinforces the reality of the devil and the evil forces under his control. There are many basic questions that are generally asked, such as:
• Who is Lucifer?
• What caused a part of the angels to be separated from God?
• What are the works of the fallen angels?
• What is their future?

The reflection must begin with Lucifer and then extend to the rest of the fallen angels. He gave the example that they followed and continued to be in the driving position. Lucifer was created by God. When God chose to give life to this group of celestial creatures, Lucifer was the most glorious of them. He was both brilliant and wonderful (Ezekiel 28:17).

It may have been one of the two archangels with Michele. His name literally means “bearer of light”. However, everything changed when pride pushed him to try to be more than God himself (Isaiah 14: 12-14).

Here we have another of those mysteries where nothing is known of the details. God has chosen not to let us know those specific details in this time. The important points to consider for us are the following:

1. In an environment that had not previously known sin or rebellion, Lucifer sinned and other angels followed his example.
2. God could have destroyed them at that point, but he reserved the judgment for a future time.
3. The act of rebellion by Lucifer began a war of constant struggle between the satanic forces of darkness and the just powers of light.
4. Lucifer’s egoism introduced the model of sin that humanity would follow. In the Garden of Eden, Adam and Eve sinned when they chose to be ego-oriented rather than God-oriented.
5. From the beginning of this rebellion, Lucifer and his satanic forces have been defeated enemies, despite all the power and control they seem to possess (Isaiah 14:15). No one can establish the exact time of Lucifer’s rebellion. It had already occurred before the creation, since it was there ready to begin the temptation of Eve.

Throughout history, speculation over the time of the fall has fluctuated from twenty seconds after its creation until just before the temptation in the garden. The time factor is actually secondary.

Nothing changes. Lucifer separated from God and continued a constant campaign against God and the righteous. After the fall, Lucifer is indicated with various names that reflect his character and intent. The name satan means opponent. It indicates his malice and the continuous attempts to prevent divine purposes and to destroy his people.

References to him, as a devil, reflect his slandering God and man. As a tempter, try to try men with the clear intent of making them spiritually collapse. The Scriptures also introduced him as the destroyer and the serpent.

None of these four names or designations presents Lucifer in any other light than that of an opponent of the righteous. Not to be underestimated is the designation of Lucifer as “prince of this world” and “god of this world”.

He is the head of everything that is considered mundane, and therefore in opposition to what is holy. This also reflects the limited domination of Lucifer. The universe is God. Satan does not control the whole creation of God.

A third of the angelic army joined Lucifer in his rebellion. This is based on the interpretation that the stars of the apocalypse 12: 4 are angels.

Scripture sometimes speaks of angels as stars, therefore it allows us not only to interpret the passage, but also gives us an idea of ​​the greatness of rebellion. It is logical to believe that each of these angels was also proud and had the desire to ascend beyond the position indicated by God. Are the demons and angels decayed the same?

The Orthodox Christian position is that there are no differences between the two groups. As a result of their disobedience and rebellion against God, they became creatures whose purpose was to damage and destroy God’s children and creations.

It should be noted that the other point of view sees demons as completely different beings in their identity, origin and ability. Some see the origin of demons as a mystery. Others consider the demons as spirits of the unbelieving dead, or as spirits of a superior race dead before and during the flood. The fallen angels are many active in their work of destruction, while they follow their master’s desire to oppose God and his people. Although the Scriptures do not contain a broad overview of their work, there are sufficient references to get a good idea of ​​their involvement. One of the most well-known scripture passages is Romans 8: 33.39:

In fact, I am persuaded that neither death nor life nor angels. Neither principalities, nor present things, nor future things, nor powers, nor height, nor depth, nor any other creature can separate us from the love of God which is in Christ Jesus our Lord.

This indicates the actions of the fallen angels against the people of God. They try to separate them from God and thus bring them to spiritual destruction. Models or methods are not given. From the book of Daniel, a specific event offers another dimension of the work of fallen angels. They try to oppose the divine purposes and to hinder the work of good angels. Daniel had been praying for twenty-one days without an answer.

When an angel appeared, he explained to Daniele the reason for the delay. He had been blocked by evil angelic forces and had needed the assistance of the archangel Michael to succeed in passing (Daniel 10: 1-13). This highlights the constant struggle even in the area of ​​answers to prayers. At this point the power of Lucifer and his fallen angels has been sufficiently discussed to indicate their ability to destroy and harm. however, this figure of exceptional strength quickly dissolves when one looks to their ultimate destiny.

The Bible very clearly states that Lucifer is a defeated enemy. Not only was he thrown down from heaven, but his future defeat and final judgment are already assured. “The humiliation of the snake in the dust was a prophetic figure of the degradation and final defeat of that old snake the devil”. The divine judgment on the serpent that had been the instrument of Eve’s temptation was only the initial re-examination of Satan’s final destination. Lucifer’s ultimate destiny happens in stages. He will be thrown to the earth and will no longer be allowed to roam freely through the heavens. When Christ comes to earth, Satan will be bound for a thousand years. After being dissolved for a short time, it will then be thrown into hell to be tormented forever.

One thought on “Do you know why Lucifer has become an enemy of God and the head of a powerful host of fallen angels?”