Slavenka Jelavic is with Milanka Lachman and Wayne Weible. 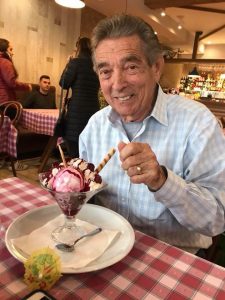 Today, Medjugorje prayed for Wayne Weible. As every Sunday the English mass was held in the St John Paul II building and a main celebrant was Fr Leon Pereira. I use this opportunity to give him a special thanks for the beautiful mass.
As many of you know, I spent over twenty years working for Wayne as his translator and a guide of 206 Tours groups. As the years went by, we got to know each other very well. So for me Wayne was not just a writer of bestselling books. He was not just a great speaker or carrier of messages of Our Lady…For me Wayne was the friend. We shared many joys and tears together. Maybe some of you know this, maybe not, but Wayne for 6 years supported Mirko Kordic from Siroki Brijeg who graduated medical faculty and became a doctor. Wayne helped refugee families to build or rebuilt their homes… And when I look backward all of that work was not about donations but about love he was sharing with those people.
And if you ask me what kind of person Wayne was, I will tell you that he was a good man, one of the best I met in my life. Through him I learned what gentleness truly is. I learned that we have to practice that gentleness every moment of our lives that only then it becomes natural. I learned that that gentleness did not leave him even when he was weak and in pain. I was watching that gentleness last week in the hospital in Atlanta. I was watching it and admiring because it was part of him as his legs or arms…If you ask me to tell you more about Wayne, I will tell that the greatest man are always humble and simple. I will tell you that he was the great singer, oh yes, the singer, with the best performances of Elvis Presley I saw.

? Then I will tell that he had this nice sense of humor which did not leave him even on his death bad. A good listener too!
Some people save money but Wayne was saving people. I remember how our friend Milanka Lachman told me years ago to watch over him because he would give everything away, that he would take his shirt off to give it to those in need…
Wayne did so much for Our Lady of Medjugorje that I know for sure that he is resting on her arms, finally.
Yesterday and today I got the letters from all corners of the States, Australia, Korea..that I can tell you: today it was not just Medjugorje but the world prayed for him.
So at the end, I have to say that I cannot thank God enough for letting me walk by Wayne’s side for almost half of my life!
Even I spoke several times daily to you, Judith Weible in the last few months, I have to say again: the deepest condolences from my family to yours!
Wayne thank you for being my friend! Rest In Peace!
Ps
The photos are from today’s mass and the others are from the past. Two of us had a joke to take the same picture every year in front of the church. I have, of course, more of them but these are just a few I want to share with all of you. 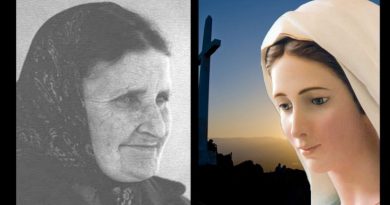