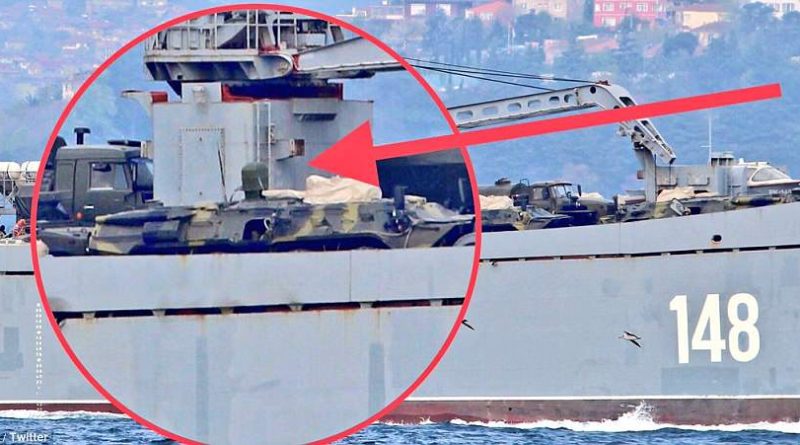 Vladimir Putin:You people in turn do not feel a sense of the impending danger – this is what worries me. How do you not understand that the world is being pulled in an irreversible direction? While they pretend that nothing is going on. I don’t know how to get through to you anymore.

By JESSICA FINN  and JENNIFER SMITH FOR DAILYMAIL.COM and LARA KEAY FOR MAILONLINE

An Alligator-landing ship was pictured cruising down The Bosphorus on Sunday as the world awaits Vladimir Putin‘s response to this week’s co-ordinated military action against Syria.

The vessel was spotted on its way to the Russian naval base at Tartus on the north Syrian coast.

On its fourth deployment of Russian military equipment to the war-torn country the ship was seen laden with tanks, trucks, ambulances and an IED radar.

They come in wake of Friday’s US-led campaign against Bashar al-Assad’s regime and a chemical weapons attack that brutally murdered 75 civillians. 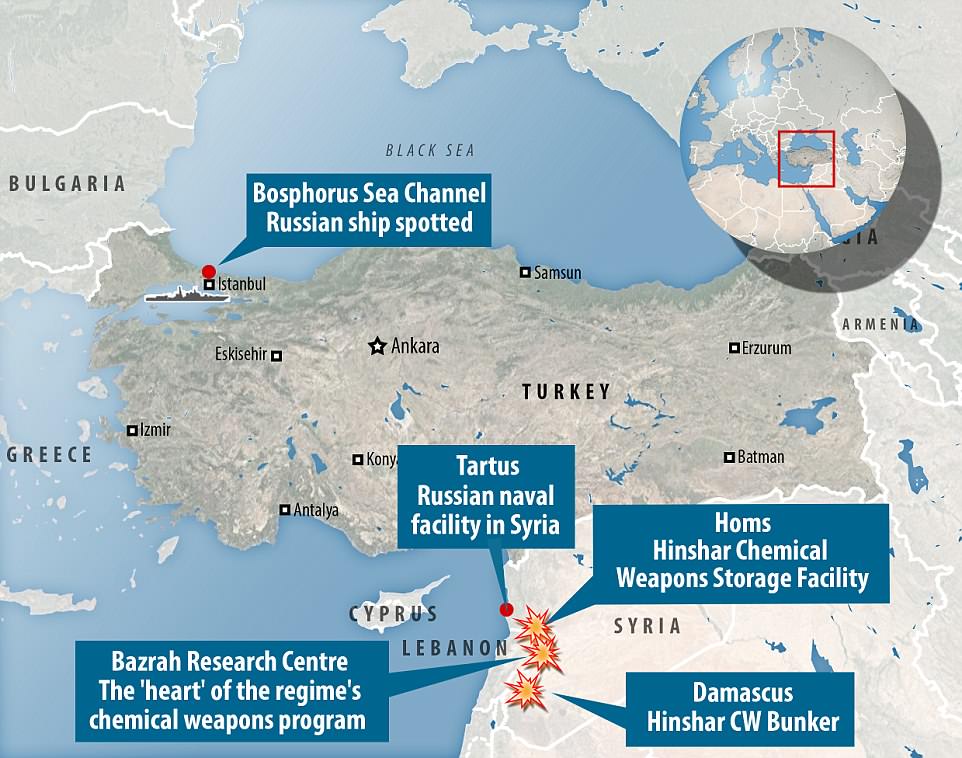 The Project 117 LST Orsk 148 ship was spotted loaded with military equipment (circled) on its way to the Russian naval base at Tartus on the north Syrian coast, where 11 ships were believed to have fled in anticipation of the strikes

A map shows where the ships were seen on The Bosphorus, where they are believed to be headed at Tartus and the three sites targted by allied air strikes in response to the chemical weapons attack

A second yellow cargo vessel was equipped with a BMK-T boat used for building temporary bridges and an array of other military hardware.

Nikki Haley, US Ambassador to the United Nations, said measures to be imposed on Monday will send a message to Russia after it blocked six UN attempts to investigate its use of chemical weapons. 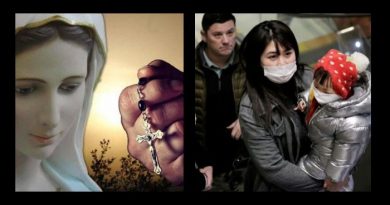