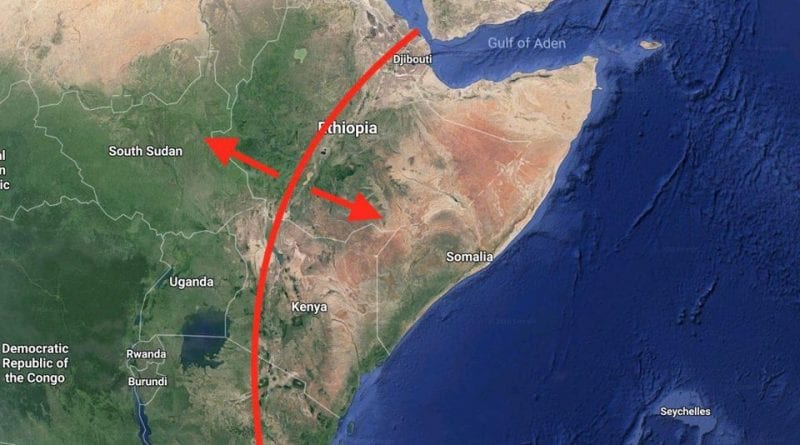 Approximate location of the East African Rift running along the eastern corridor of Africa.

A massive crack suddenly appeared in Kenya, prompting new discussion on the breakup of Africa into two land masses. The crack continues to grow in size as heavy rainfall in Kenya’s Narok County exacerbates the kilometer-sized chasm.

The sudden appearance of the crack is related to a regional zone of weakness and broadly associated with the continued breakup of the African continent. The leading hypothesis behind the breakup of the African continent is caused by an underlying superheated plume. This plume is causing Africa to split in two along the eastern edge of the continent. Thankfully, the rifting process will take many millions of years as the crust begins to thin and sink and a small seaway begins to intrude the rift zone.

Splitting a continent in two is quite common, for instance, it led to the opening of the Atlantic Ocean. Notice how Africa and South America would fit perfectly together, this is because they were once one landmass, eventually sutured apart by the Mid-Atlantic Ridge. While scientists have known for quite some time about the rifting in Africa, the underlying cause has been hard to pin down. Evidence suggests it is due to a superplume upwelling along the eastern edge of Africa, figuratively “burning” a hole in Earth’s crust. 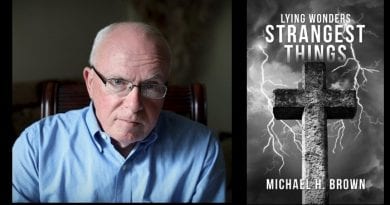 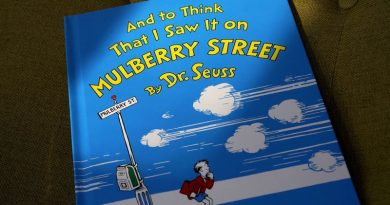 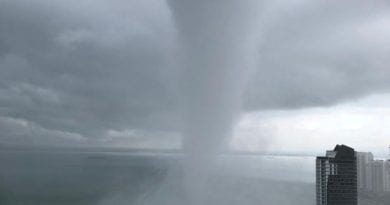 June 25, 2020 Monthly Message for the World “Dear children! I am listening to your cries and prayers, and am