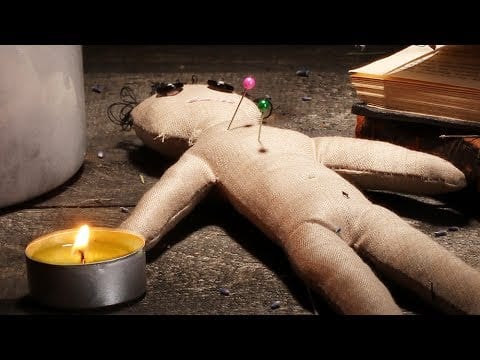 First of all we must define what a curse is. Regardless of how it is called (maleficio, macumba …) the meaning does not change, and I will quote what St. Alphonsus Maria de ‘Liguori said in his Theologia Moralis:

“The evil spell is the power to hurt others through a covenant and with the help of demons”.
Father Gabriele Amorth said that the word “maleficio” in itself is a generic term, but it is the one that used when one person was looking for the Devil to damage another.

In general, malefics are made using certain types of objects, rituals and animal sacrifices.

There are various reasons why people are looking for a magician, sorcerer or sorcerer to cast a curse on a person or a specific situation: to provoke some kind of division and separation in marriage or in the affective relationship, to help in a loving relationship , to make sure that some people get sick or healed, maleficts of death, malefics for someone to hurt business, bad things that affect the psychological level or involve spiritual problems to one person and much more. The term “maleficio” is directly linked to the intention of the person in asking that evil.

The materials used depend a lot on the intention for which the person is doing that curse, but generally they are hair, nails, clothes of the person, photographs, some personal object of the individual in question, alcoholic beverages, entrails of animals, dead animals , blood, candles, dolls representing the person, cigarettes, cigars and many other things.

The first important thing to know is that a curse will have an effect on a person only if God permits it.

It is however possible that a curse has an effect on a person’s life, or on the situations for which it was commissioned.

It is truly a mystery, but in the vast majority of cases the curse has effect only for those who are living a life outside the grace of God.

The second thing is that those who make the curse and those who commissioned it will always be the first ad
be affected by the Demon. In general, they are in a direct way with some kind of diabolic influence, obsessive and compulsive temptations, vices in general and physical illnesses.

The third thing that I think is essential to know is that there is no way to really prove that someone has made a curse or not against another person. Even if you think it was your neighbor, your mother-in-law, some colleagues you do not like or things like, it would be a terrible mistake, and the devil likes to provoke divisions in this sense, making people think that others have caused some harm for a specific reason.

What to do if you suspect someone has made a curse?

Use exactly the logic contrary to the curse. If the evil spell is to use the Devil to do evil, you must approach God because He, the SUPREME WELL, can act in your life, breaking and overcoming any action of the Devil.

You must cultivate a life of greater intimacy with God, praying more, staying more with Him. And this not because you want to see yourselves free from the evil they have done, but because He is God and must be understood and lived in your daily life.

For this reason, I always advise people who write to me about symptoms of spiritual problems, and who seem to really suffer for something spiritual, to start a journey in God and for God, firstly trying to repent of their sins and looking for a priest to confess. The most important thing is Holy Mass on Sundays and every time you can during the week, and then recite the Holy Rosary, do fasts and penances, read and meditate the Word of God every day for a few minutes. It is important to look for, if possible, some moments of adoration in a church or a chapel, which is fundamental when it comes to a process of liberation. You can also look for a prayer group to attend weekly, which will help you grow in spirituality.

If you really think that you or someone you know has been hit by a curse directly, even being able to get to the point of a diabolical possession, you can do everything I have recommended so far, look for a priest or a good liberation ministry in order to be accompanied more closely.

In the end, however, there are no magic formulas in Christianity. It is not possible to get rid of Evil forever by performing certain “rituals” or certain things. In Christianity there is a relationship of love of a Father towards us his children, and this love must be nurtured and nourished by us.

We will always be tempted, with more or less strong temptations, but this is the “routine” action of the Devil, from whom not even Jesus has been preserved, but for any other type of action that comes from evil and things like that is enough life in God! 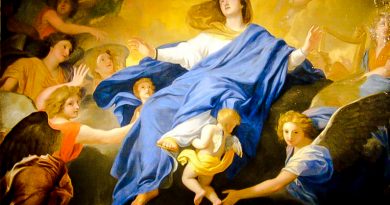 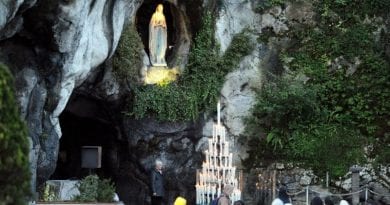 A Prayer for Healing and Release https://donorbox.org/mystic-post-donations-2

On March 24, 1984 Pope John Paul II consecrated Russia to Our Lady’s Immaculate Heart. This event, according to Fatima