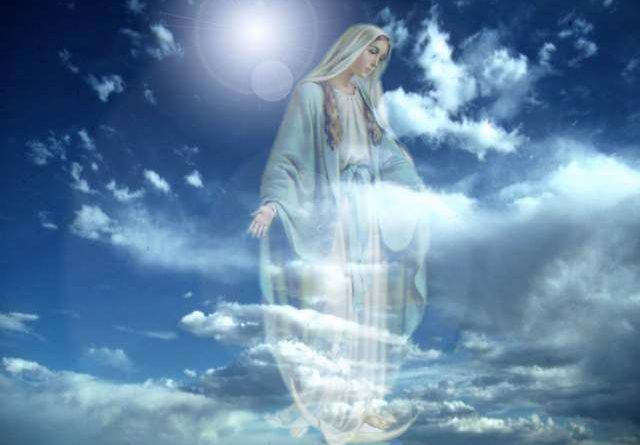 On May 13, 1917, Sunday before the Ascension, after having attended Mass, Lucia, Francesco and Giacinta lead the flock to graze in a place called “Cova da Iria”. After eating the snack and recited the S. Rosario begin to play when Suddenly they see a flash; thinking that a storm is coming, they start to go home with the flock. Shortly afterwards they see another flash and, after a few steps, they see above a small holm oak, a Lady dressed all in white, brighter than the sun.

Sister Lucy, in her fourth memorial of 1941, recounts: “We were so close to her that we were in the light that surrounded her or rather emanated from her, perhaps only a meter and a half away, more or less” .

Then Our Lady told us:
– Do not be afraid! I will not hurt you
Where are you from? I asked her.
– I’m from Heaven
And what do you want from us?
“I have come to ask you to come here for six months in a row, on the 13th of every month at this very hour. Later I will tell you who I am and what I want. Then I’ll still come here a seventh time
And I will go to Heaven?
– Yes, you will go there
And Jacinta?
– She too
– And Francesco?
– Even him. But he will have to recite many rosaries
I then remembered to ask a question about two girls who had recently died. They were my friends and they came to our house to learn how to weave with my older sister.
– Maria das Neves, is she already in Heaven?
– Yes, there is (it seems to me that he was about 15 years old)
– Ed Amalia?
– It must remain in Purgatory until the end of the world (it seems to me that it could be 18 or 20 years)
– Do you want to offer yourselves to God to endure all the sufferings that He will send you, in the act of reparation for the sins for which he is offended, and of supplication for the conversion of sinners?
– Yes, we want it, of course!
– You will therefore have much to suffer, but the grace of God will be your comfort

It was by saying these last words that the Madonna first opened her hands [until then she had held her hands together] and communicated to us, by means of a kind of reflection emanating from her, a light so intimate that, penetrating into the our heart, and to the very depth of our soul, made us see ourselves in God, who was this light, more clearly than we see in a mirror.
Then, due to an internal impulse that was also communicated to us, we fell on our knees and we repeated from the bottom of our heart:

O Most Holy Trinity, I adore you! My God, my God, I love you in the Most Holy Sacrament!
After a few moments, Our Lady added:
Recite the Rosary every day to get peace, for the end of the war!
Then he began to rise gently, in the direction of the east, until it disappeared in the immensity of the sky. .
FROM THE CHANNEL YOU TUBE OF THE DRAFTING OF PAPABOYS
.

.
By the Editorial Staff Papaboys – Graphic of Costanza Cavallaro 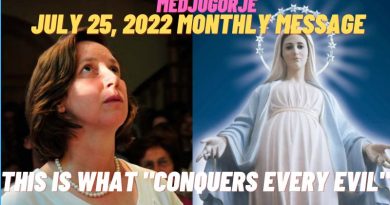 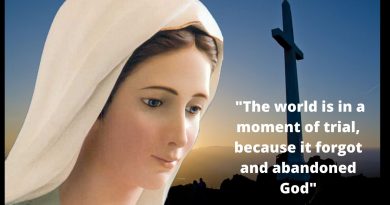 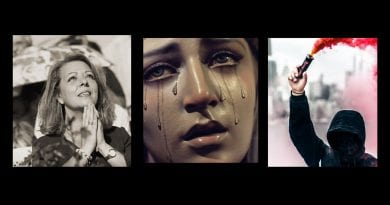 Let’s begin the Novena for the Queen of Peace of Medjugorje. For the next nine days, we will give food for