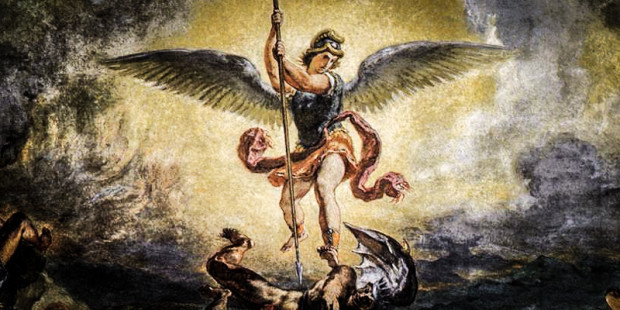 Why is it that today we no longer pray at St. Michael the Archangel at the end of Holy Mass? Why did this invocation officially established in 1886 disappear? We asked one of the greatest scholars of angels and in particular of the Archangel Michael, Don Marcello Stanzione. “On February 20, 1878 – Don Marcello explains – at the end of a conclave that lasted only 36 hours, Cardinal Gioacchino Pecci was elected Pope and took the name of Leo XIII (1810-1903). Many people, today elderly, remember that, before the liturgical reform of Vatican Council II, the celebrant and the faithful were kneeling, at the end of each mass, to recite a prayer to the Madonna and one to the Prince of the Angels, written by the Pope Leo XIII, who said:

“Saint Michael the Archangel, defend us in the battle, against the wickedness and the pitfalls of the devil be our help. We beg you supplicants: that the Lord command him! And you, Prince of the celestial militias, with the power that comes to you from God, pushes back into hell Satan and the other evil spirits that roam the world to the destruction of souls “.

THE VISION OF LEONE XIII

One of the secretaries of Leo XIII, his father Domenico Penchenino wrote about the origin of this prayer to Saint Michael: “I do not remember the exact year. On the morning of October 13, 1884, the great pontiff Pope Leo XIII had celebrated Mass and was witnessing another of thanks, as usual. Suddenly he saw himself vigorously raising his head, then staring intensely at something above the head of the celebrant. He looked steadily, without blinking, but with a sense of terror and wonder, changing colors and features. Something strange, great, happened in him. Finally, as if finding itself, giving a light but energetic touch of hand, it rises. We see him moving towards his private study. The family members follow him with concern and anxious they say softly: Holy Father, do not you feel well? I need something? He answers: “Nothing, nothing”. After half an hour he calls the secretary of the Congregation of Rites and, handing him a piece of paper, orders him to have it printed and to have it sent to all the Ordinaries of the world. What did it contain? The prayer that we recite at the end of the invocation to the Prince of the celestial militias, imploring God to send Satan back to hell “.

In this regard, Cardinal Nasalli Rocca testified: “Leo XIII wrote that prayer himself. The phrase “the demons that roam the world to the destruction of souls” has a historical explanation, often referred to us by his particular secretary, mgr. Rinaldo Angeli. Leo truly had the vision of the infernal spirits gathering on the Eternal City, and from that experience came the prayer he wanted to have it recited throughout the Church. Not only that, but he wrote of his own hand a special exorcism contained in the Roman Ritual. These exorcisms, he recommended to bishops and priests to recite them often in their dioceses and parishes. He often recited it during the day “.

THE CHOICE OF SAN PIO

“It is sad to see – says Don Marcello – that today, in the first decade of the third millennium, in a time when it is more urgent than ever to appeal to the Archangel Michael in defense of the Church against the evil enemies within or outside it there is a great decay of devotion to St. Michael. This prayer was obligatorily recited until September 26, 1964, when under the pontificate of Paul VI with the instruction “Inter oecumenici” n. 48§1 which decreed that the “Leonine prayers are suppressed”. This decision was not at all shared by San Pio da Pietrelcina who until his death in 1968 continued to recite it quietly “. In 1987, St. John Paul II, on a visit to the sanctuary of San Michele Arcangelo, on Mount Gargano, said: “This struggle against the devil, which distinguishes the figure of the Archangel Michael, is also current today, because the devil is still alive and active in the world. In this struggle, the Archangel Michael is at the side of the Church to defend it against the temptations of the century, to help believers resist the devil who, like a roaring lion, goes around looking for someone to devour ».

In 1994, the Polish Pope said, regarding the famous prayer to Saint Michael: “Even if today this prayer is no longer recited at the end of the Eucharistic celebration, I invite everyone not to forget it, but to recite it to get help in the battle. against the forces of darkness and against the spirit of this world “.

THE LETTERS TO BENEDICT

The Catholic association “Milizia di San Michele Arcangelo”, which has its headquarters in the parish of Santa Maria la Nova in the municipality of Campagna in the province and diocese of Salerno, animated by the same Don Marcello, in recent years has sent thousands of postcards to the Holy Father Benedict XVI asking the pope today emeritus to hold a year in the whole Church, in honor of Saint Michael and to call again the invocation of Pope Leo XIII to the Archangel again after Holy Mass.

“When Pope Benedict restored the Mass in the old rite – underlines the student of angels – we stopped sending postcards because in that Mass made accessible to all was included prayer to the Archangel at the end of the holy Eucharistic sacrifice”.

THE CHOICE OF LORETO

Don Marcello reveals that “the late archbishop Gianni Danzi, prelate of the Sanctuary of Loreto, had called for the recitation of this prayer at the end of all the holy Masses celebrated in the important Marian shrine. This means that every diocesan bishop, if he wanted it by decree, could do the same for the territory of his particular Church. However, more and more priests are recited after Mass or alone in sacristy or with their faithful at the end of the Mass “.

Finally, Pope Francis put the citation of St. Joseph, husband of Mary, who, together with St. Michael, is patron saint of the holy Catholic Church, put back into the Eucharistic canon. “Bergoglio da gesuita in Argentina was rector of the San Miguel school and therefore he is presumed to be devoted to the archangel. Who knows, “says Don Marcello,” if you could read this article … “ 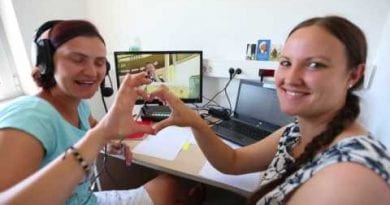 One thought on “Why is the powerful prayer to St. Michael the Archangel no longer recited at the end of Mass?”

Father Livio: “We have entered the time of the ten secrets”.