“I found the Madonna Files to be a great book; a fascinating, fast-paced thriller, written in a strong voice, filled with rich dialogue, complex and colorful characters, a story-line that tackles the most meaningful, religious and political subjects in the world. It is an impressive work…Move over Dan Brown, I was blown away!”  –  Br. DANIEL KLIMEK
Br. Daniel Maria Klimek, T.O.R.,  Franciscan friar and Seminarian is Assistant Professor in the theology department at the Franciscan University of Steubenville. He is a member of the theological commission of the International Marian Association, 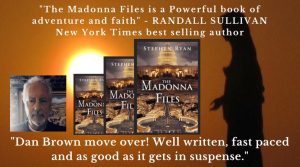 This has as many historical clues as a Dan Brown novel, with the advantage that Stephen Ryan took the time to verify his history instead of just making it up. It is action-packed, thrilling, and one that will provoke a lot of debate and discussion.”   From Goodreads

The Five Prophecies of The Madonna Files

“A fast-paced, tightly-plotted political thriller with genuine spirituality at its core.”
– FRANK SCHAEFFER is a New York Times best selling author of fiction and nonfiction.

5.0 out of 5 stars THIS BOOK IS AWESOME!
Amazon Verified Purchase
If you are a Da Vinci Code fan, YOU MUST READ THIS — Vatican intrique set in the Washington, DC area. I could see the map, streets, rivers, etc. — WHAT FUN! The complexity of the history, story development, character relationships, twists and turns are astounding. The history was so believable that I kept thinking — “wow, I didn’t know that!” The worst news is it ended. I WANT MORE IMMEDIATELY!!! 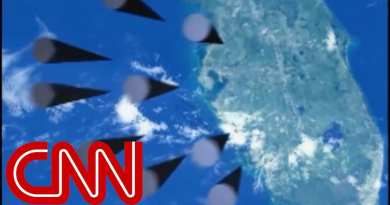 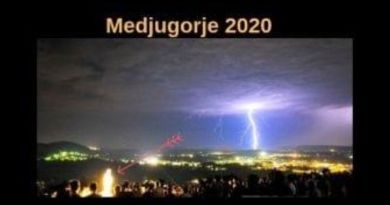 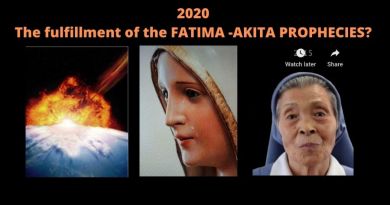 Fr. Zorjan: “This is best video on the approved Catholic Church apparitions of Our Lady of Akita..links Akita to the Fatima…it’s worth your time to watch..”

The Advent angels are four, just like the four weeks they prepare for Christmas. They come to visit on Earth, wearing

A photo of the nativity scene outside St. Stephen’s Church in the North End produced more than just a festive