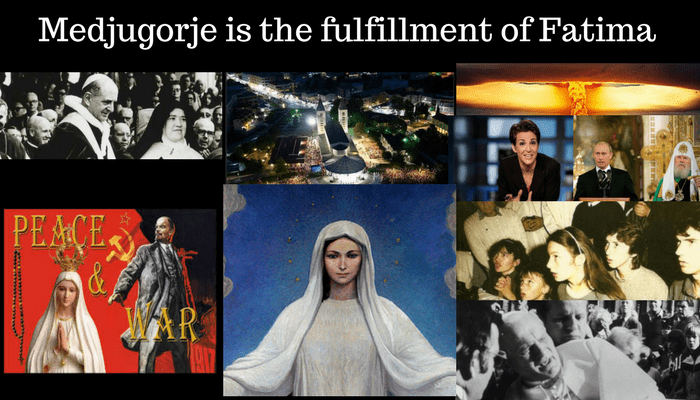 *Our Lady comes as the Queen of Peace. She comes for a reason as she did at Fatima. At Medjugorje She comes for a specific purpose and that is “Peace”. She says ‘Peace, peace, and only peace, Peace must reign between God and Man and between all people”  Please pray for peace. Pray for peace like never before.

In 1917 the Blessed Mother warned that Russia would “error”. And indeed the ascension of state-sponsored atheist communism in Russia (The Soviet Union) was the great error of the 20th century and it would lead to epic human tragedy. Millions would die and Christianity was directly attacked unlike any time in history.

Then suddenly one month after the attempted assassination of Pope John Paul II  by the Soviet Union, the Blessed Mother appeared in Communist Yugoslavia to six children in June of 1981.

Six months after the Pope was shot the Blessed Mother made a stunning revelation to the visionaries – She told the children that “Russia would come to glorify God (this obviously meant atheist communism would end – and its worth nothing Our Lady said “Russia” not “Soviet Union”).

The Madonna also said that the “West would make modern progress but without God”.

Can a prophecy be more accurate? Two things cannot be more clear. 1. USA Media hates Christianity and 2. They hate Russia….Can anyone doubt that the West is hostile towards God and Christianity in an unprecedented manner. Facebook censures images of the crucifix, TV hosts call Christianity a “mental disorder” and everybody laughs, major university hold classes mocking Christianity with topics like “Christian privilege”.   Pro-life  organizations are labeled as “Hate groups”. The push towards the West creating a world “without” God is relentless and speeding up.

The source for the validity of Our Lady’s 1981 prophecy comes from Fr. Rene Laurentin. He is widely recognized as an expert in the field of Mariology and is the author of numerous books and scholarly articles on topics including Marian apparitions such as Lourdes and Medjugorje; visionaries and mystics including Bernadette Soubirous, Thérèse de Lisieux, Catherine Labouré, and Yvonne Aimée de Malestroit; as well as biblical exegesis, theology, and Vatican II. He widely viewed as the most renowned Mariologist of the last 100 years.  He learned of the prophecy in tapes that were once thought to have been destroyed by the Yugoslavian communist police.

We must ask ourselves: “Why is this happening now?”

This short convincing video by Steve Turly has the facts, the truth. Video is a must see to understand the world today. Catholic Prophecy unfolding. 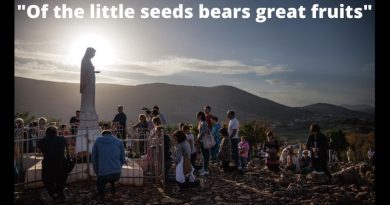 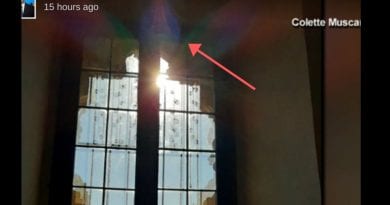 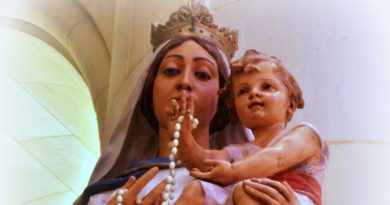 Consecration to the Mary-Taken from “Words From Heaven” O Immaculate Heart of Mary, overflowing with goodness,show us Your love for us.May

(Getty Images) A report in the Christian Post contends that the number of witches (and Wiccans) has dramatically increased since the 1990s,