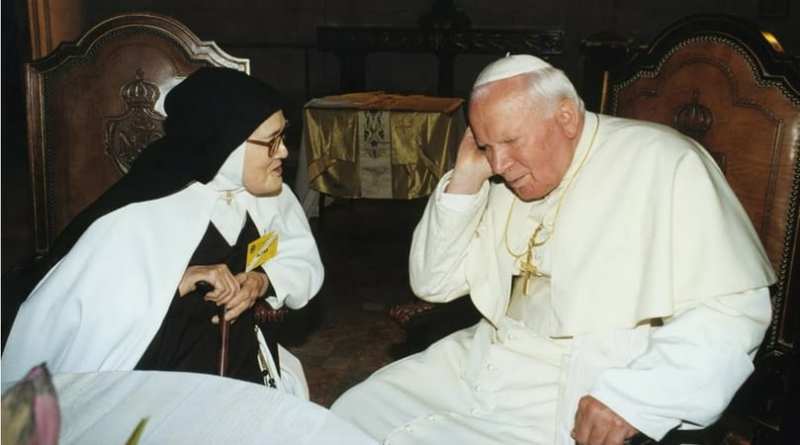 Monsignor Longhi’s confidence, which ended up on YouTube, stirs discussion. The prelate tells Vatican Insider about John Paul II’s words to the US President, “At the feet of this idol you call security, you want to sacrifice all human dignity”

The meeting between Pope John Paul II and Bush Jr. in 2004

Saint John Paul II was a mystic, “he dialogued” with Our Lady and had prophetic visions. One of these visions has to do with the future of Europe and a potential “Islamist invasion”. But there is also talk of a war that “will not be between religions”. And of a strong sentence pronounced by the Pope to American President George Bush Jr.

Some details about the supernatural phenomena that accompanied the prayer of the Polish Pontiff who died in 2005 had gone public after his death, others emerged in the aftermath of the rapid trial that brought Karol Wojtyla on the altars, first as blessed and then as saint. New stories, not without disturbing details, have surfaced thanks to the testimony of Monsignor Mauro Longhi, priest of the Opus Dei clergy, for a decade in service to the Congregation of the clergy. The prelate from Trieste, who from 1985 to 1995, when he was still a student, accompanied John Paul II on his mountain hikes in the province of L’Aquila, gathering his confidence, gave a lecture (without knowing that it would be videotaped and its content put online) to the hermitage of Saints Peter and Paul of Bienno, in Val Camonica, on October 22nd, 2017, on the day when the Church celebrates the Pope’s memory.

Longhi, among the many episodes and anecdotes mentioned, from which emerges the faith of Pope Wojtyla and the strength that he attributed to prayer, cited one concerning a vision of Europe. Wojtyla – the Monsignor explained – having told me one of his nocturnal visions, tells me: “Remind this to those whom you will meet in the Church of the third millennium. I see the Church plagued by a mortal wound. More profound, more painful than those of this millennium”, referring to those of Communism and Nazi totalitarianism. “It is called Islamism. They will invade Europe. I have seen the hordes come from the West to the East”, and then lists to me each country: from Morocco to Libya to Egypt, and so on till the East. The Holy Father adds, “They will invade Europe, Europe will be a basement, old relics, penumbra, cobwebs. Family memories. You, Church of the third millennium, must contain the invasion. But not with weapons, weapons will not be enough, with your faith lived with integrity.” Longhi places this story in the year in which the Catechism of the Catholic Church was published, i.e. 1992. It is certainly a strong image, which has been immediately relaunched by those who have long feared the risk of an Islamist invasion in Europe, and they would like to see a more “muscular” attitude on the part of Christians.

It must be remembered, however, that it is highly unlikely for Pope Wojtyla to be “enlisted” in the ranks of those who wish for a new crusade spirit. Apart from the fact that in the confidence recounted by Monsignor Longhi, it is the Pope himself who speaks of the need for prayer. One cannot forget that Saint John Paul II was one of the great architect of dialogue with Islam. How can we fail to remember Wojtyla’s great speech in front of a stadium filled with young Muslims in Casablanca, in 1985, when he said, “ Christians and Muslims, we have many things in common, as believers and as human beings. We live in the same world, marked by many signs of hope, but also by multiple signs of anguish. For us, Abraham is a very model of faith in God, of submission to his will and of confidence in his goodness. We believe in the same God, the one God, the living God, the God who created the world and brings his creatures to their perfection”.

One might object: perhaps the vision of the invasion of Europe follows after that courageous speech which was in line with the Council’s statement “Nostra aetate”. Perhaps the great Pope who came from Eastern Europe has changed his attitude after having prophetically “seen” these presages on the future of the Old Continent. But that is not the case. In 1986 John Paul II wanted to convene the inter-religious meeting of Assisi , in which the Muslims took part. In 2001, he was the first Pontiff to set foot in a mosque, visiting that of the Omayyyads in Damascus, during his trip to Syria: he entered with a trembling pace and bare feet in the place of Islamic prayer. And after the attacks of 11 September he did not promote any crusades or make any warlike or identity proclamations. In January 2002, he summoned a new prayer meeting with the Islamists in Assisi, trying to remove any religious justification for terrorism and any abuse of God’s name to justify violence.

But that’s not all. Vatican Insider reached Monsignor Mauro Longhi by telephone, who, in addition to saying that he was sadden for how his stories were used, added a couple of episodes for the readers of our newspaper. Scraps of conversation with John Paul II, which show how difficult the attempt to “enlist” the Polish Pope is. I remember – Longhi confides us – that on another occasion he spoke to me of his dialogue with Our Lady, who had told him, “The war will not be between religions, but between atheists and believers, between those who are without God and believers”. The prelate adds yet another very illuminating and even more interesting detail, as it does not refer to mystical episodes or supernatural dialogues (all phenomena that should always be taken with due caution). It is in fact a dialogue that has taken place in recent years – probably in 2004 – between President George W. Bush and Pope Wojtyla. Let us remember the context: there had been the attacks by Bin Laden’s terrorists on America, the President of the United States had attacked Afghanistan, the security of Western countries was on the agenda. Pope Wojtyla told me – Monsignor Longhi reveals – that Bush had told him, “Holiness, we just want security! And the Pope answered him, “At the feet of this idol that you call security, you want to sacrifice all human dignity”. 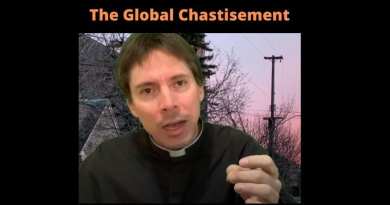 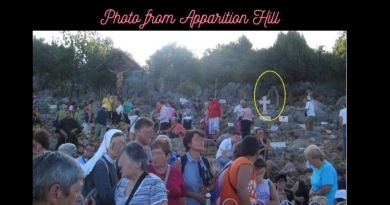 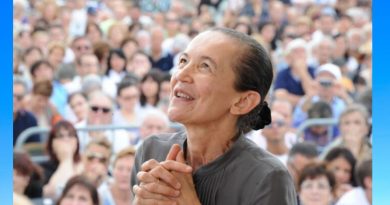 For the Terminally Ill, Drawing Strength From the Virgin Mary The author of National Geographic’s story about the “most powerful woman

That sound you hear is heads exploding across USA – President Donald Trump has been nominated for the 2021 Nobel Peace Prize,