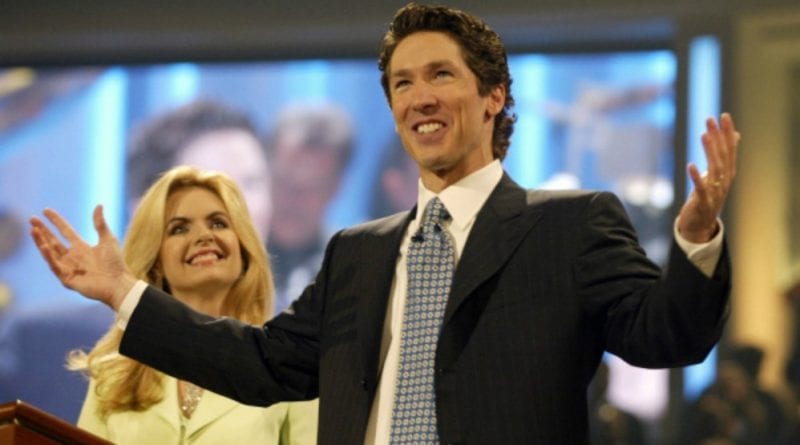 Pope Francis accepts an issue of La Civilta Cattolica from Father Antonio Spadaro, editor of the Jesuit-run magazine, during a Feb. 9 meeting with editors and staff. (Credit: CNS.)

NEW YORK — In a follow-up to their much-discussed July 2017 article condemning an alliance between conservative U.S. Catholics and Evangelicals as an “ecumenism of hate,” papal confidantes Jesuit Father Antonio Spadaro and Presbyterian pastor Marcelo Figueroa have published a new essay in which they criticize the “prosperity gospel” and its influence on the idea of the “American Dream.”

In their latest essay in the influential Rome-based Jesuit journal La Civiltà Cattolica, the authors argue that the prosperity gospel, which traces its origins to the Unites States in the late 19th-century, views wealth and success as synonymous with true religious conviction, and consequently, sees “poverty, sickness and unhappiness” as a lack of faith.

Spadaro, who is Italian, and Figueroa, an Argentinian, chronicle the global embrace of the prosperity gospel movement, which has swept across Asia, Africa, and Latin America. In their essay, however, the two specifically identify its origins in the United States, where the American Dream — the idea that the country is a place of “open opportunity” where migrants can pursue the prospect of success in ways “unreachable in their old world” — has been translated into religious belief, defined by affluence.

Although U.S. President Donald Trump’s name is only mentioned once in the article’s text — along with multiple footnote citations — the two clearly see the current occupant of the Oval Office, a wealthy businessman turned politician, as emblematic of their criticisms that a theology defined by prosperity has, in Pope Francis’s words, “overshadow[ed] the Gospel of Christ.”

While Spadaro and Figueroa offered a shorter critique of the prosperity gospel in last July’s essay, blasting “prosperous televangelists” who “mix marketing, strategic direction and preaching, concentrating more on personal success than on salvation or eternal life,” their latest piece provides a more explicit indictment of the “theological justification for economic neo-liberalism.”

An emphasis on economic well-being and health, along with a limiting of the Holy Spirit to one’s individual desires, have distorted the fullness of the Christian, the authors argue, while at the same time acknowledging a massive appeal that has attracted millions of American believers led by the likes of Kenneth Copeland, Pat Robertson, Benny Hinn, Joel Osteen, and Joyce Meyer — all popular televangelists and authors in the United States who serve as luminaries of the prosperity gospel movement, and who are dubbed as “evangelicals of the American Dream” by Spadaro and Figueroa.

According to the authors, the prosperity gospel “puts the accent on the faith as a ‘merit’ to climb the social ladder,” which they condemn as “unjust and radically anti-evangelical.”

“Generally, the fact that there are riches and material benefits falls once again on the exclusive responsibility of the believer, and consequently so too their poverty or lack of goods,” they write.

“Material victory places the believer in a position of pride due to the power of their ‘faith.’ On the contrary, poverty hits them with a blow that is unbearable for two reasons: first, the person thinks their faith is unable to move the providential hands of God; second, their miserable situation is a divine imposition, a relentless punishment to be accepted in submission,” they continue.

A consequence of the prosperity gospel’s entanglement in the idea of the American Dream, according to Spadaro and Figueroa, is that the economic success of the United States has been viewed as a direct result of its faith.“It leads to the conclusion that the United States has grown as a nation under the blessing of the providential God of the Evangelical movement,” they write. “Meanwhile, those who dwell south of the Rio Grande are sinking in poverty because the Catholic Church has a different, opposed vision, exalting poverty.”

Such a view, they believe, “exasperates individualism and knocks down the sense of solidarity.” In particular, Spadaro and Figueroa identify the consequences that such a belief system yields when responding to marginalized individuals or communities.

“Sad and disastrous events, including natural ones, or tragedies such as those of migrants and others in similar situations do not offer winning narratives that help to keep the faithful tied to the thought of the prosperity gospel,” they argue.

“This is why there can be a lack of empathy and solidarity in these cases from its followers. There can be no compassion for those who are not prosperous, for clearly they have not followed the rules and thus live in failure and are not loved by God.”

Since his election in 2013, Pope Francis has routinely criticized a theology of prosperity, emphasizing that salvation is given, rather than something that is derived from material success or prosperity.

“The vision of faith offered by the prosperity gospel is a clear contradiction to the concept of a humanity marked by sin with a need for eschatological salvation, tied to Jesus Christ as savior and not to the success of its own works,” they write.

In concluding their piece, Spadaro and Figueroa lament the corrosive influence of the prosperity gospel on the American Dream, which they describe as a “positive and enlightening prophecy…that has inspired many.” In particular, they point to the legendary address of Civil Rights crusader Martin Luther King whose “I have a dream” speech offered an alternative vision marked by “social, inclusive, and revolutionary content,” and a stark contrast from the vision popularized by today’s televangelists.

Although not an official publication of the Vatican, La Civiltà Cattolica is reviewed by the Vatican’s Secretary of State before publication, and under Spadaro, who serves as its editor-in-chief, it has been considered one of the foremost vehicles for understanding the views of the current pontificate. 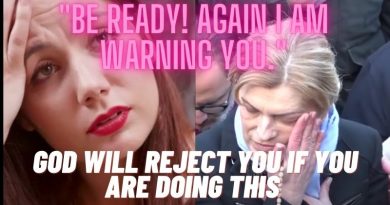 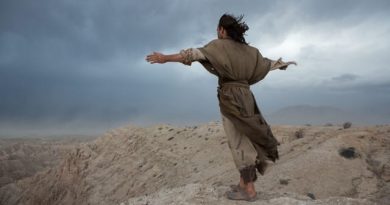 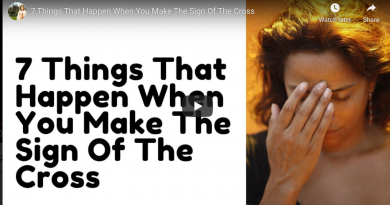 Queen of Peace Media 6.78K subscribers Welcome to “Find something More, Find your way Home” with Kendra and Christine, a