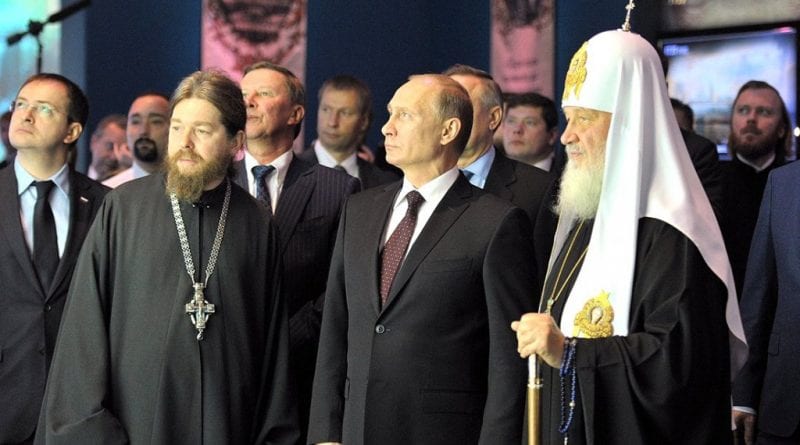 The Danger is Real – From Zero Hedge Stephen Cohen: Russiagate promoters clearly also have no regard for America’s national security.

This is revealed in three ways:

Patriarch Kirill has close links with Vladimir Putin
Patriarch Kirill, a top advisor to the Russian leader, urged humanity to come together to save the world in his shock warning.He told worshippers at Christ the Saviour Cathedral in the centre of Russian capital Moscow the coming apocalypse was “already visible to the naked eye”.The head of the Orthodox church said: “Today is not the time to rock the boat of human passions. Today is the time to rally all healthy forces.”That’s why the church, art, culture, our writers, scientists – all those people who love the Motherland – should come together because we are entering a critical period in human civilisation.”
The leader of the church warned the end of the world is near
He said the only hope was that people could work together to avoid “the abyss of the end of history”.But the 71-year-old did not specify which threats had triggered his doom-laden prophecy.Mr Kirill became Patriarch of the Russian Orthodox Church in 2009.In 2013 he caused controversy after saying the legal recognition of same-sex marriage was “ a very dangerous sign of the apocalypse”. 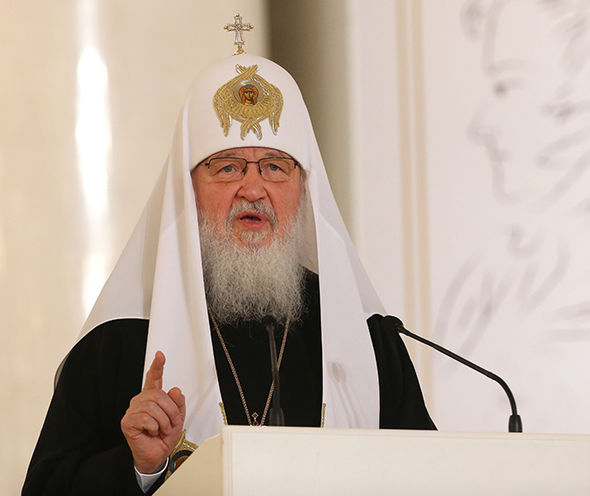 Under Mr Kirill the Church has close ties with the Russian state under Vladimir Putin.In 2014 he backed expanding Russia’s power in Crimea and eastern before the invasion.Mr Kirill has also led the Russian Orthodox church to a close relationship with Mr Putin over social and cultural issues.This is not the first time he has urged countries to unite.

As USA’s elite media warn Americans about the dangers of Russian Facebook trolls and election interference, Vladimir Putin has been preparing a speech and a nuclear slideshow to unveil to his citizens their country’s advanced military capabilities.

Think about this for a minute. USA media spends endless hours warning American about Russian “Facebook troll farms” while ignoring the real growing military threat posed by Russia that could actually result in millions of people dying. It’s just unbelievable and it makes one cry out and wonder: “Where is Walter Cronkite when our country needs him?”…Where are the grown ups?

WHY LIBERALS HATE PUTIN SO MUCH 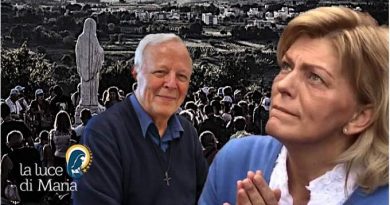 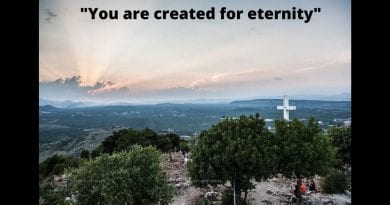 2 thoughts on “Putin’s Warns: “How do you not understand that the world is being pulled in an irreversible direction? ” ..Head of Russian Orthodox Church talks of “end of the world is near” … Tells Putin events “Already visible to the naked eye””

MEDJUGORJE – Summary of the Apparition of the Queen of Peace to Ivan – April 27, 2021 Dear priests,

Medjugorje Message, July 17, 1986 “Dear children! Today I am calling you to reflect upon why I am with you