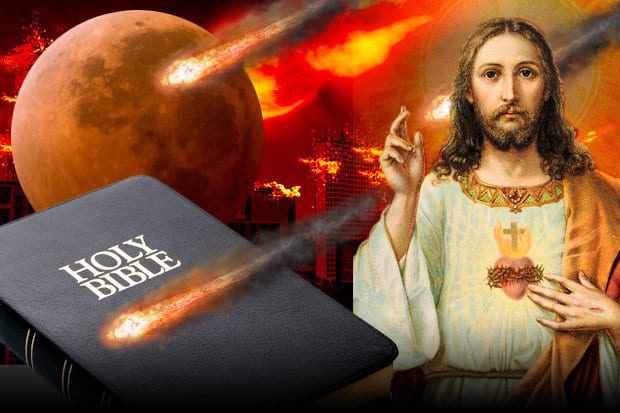 Uncategorized
July 21, 2018 stephen ryan 3965 Views
Preachers believe passages from the books of Acts and Revelation suggest the blood moon will accompany an ever-approaching end of days.

The 21st century’s longest lunar eclipse will last almost two hours on July 27 and the moon will have a spectacular red tinge.

While stargazers enjoy the dazzling phenomenon, doomsdayers will be preparing for armageddon.

The theory was originally made famous by Christian ministers John Hagee and Mark Biltz who said the ongoing “tetrad” – four consecutive lunar eclipses which began in April 2014 with six full moons in between – is the indicator of the end of earth as described in the Bible in Acts 2:20 and Revelation 6:12.

However the tetrad ended in September 2014 and we’re all still here.

The end-of-days preachers insist some sort of tragic event is set to hit earth and possibly wipe it out. 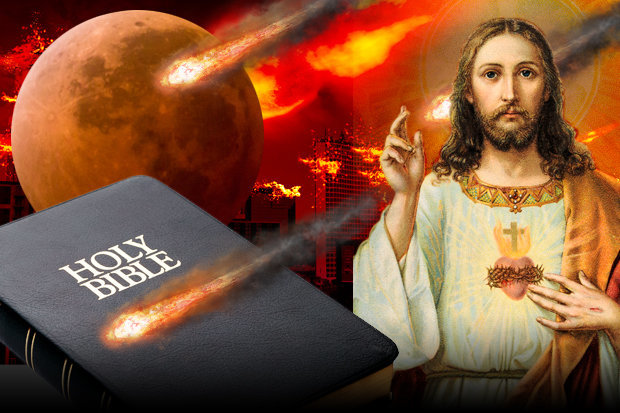 BLOOD MOON: Does the Bible predict the end of the world this week?

The theory has been picked up by similar thinkers and the prophecy resurfaces weeks before every blood moon.

The “blood moon” theory is interpreted from the Book of Joel, which says: “The sun will turn into darkness, and the moon into blood, before the great and terrible day of the Lord comes.”

A similar passage in the Book of Revelations reads: “And I beheld when he had opened the sixth seal, and, lo, there was a great earthquake; and the sun became black as sackcloth of hair, and the moon became as blood.”

But it has been routinely dismissed by astronomers and other experts as a myth.

Scientists say the red tinge is due to Rayleigh scattering of sunlight through the Earth’s atmosphere.

1997 Mar 26: Heavens Gate Cult. Cult members committed suicide believing they’ be escaping the end of the world
It also causes the reddening of the sun at sunset.

Even though the myth has been debunked, YouTube is littered with videos from doomsdayers predicting the end of the world in just a few days time.

Endtime Ministries’ Irvin Baxter, who has made a number of failed predictions since the mid-1980s, is among those who point to passages in the Book of Joel.

He has said: “The Bible teaches that end event is coming just ahead of us now and that will be the greatest prophetic fulfilment in the last 2,000 years.”

The total lunar eclipse – when the moon passes behind Earth and into its shadow – will last one hour and 43 minutes over July 27 and 28. 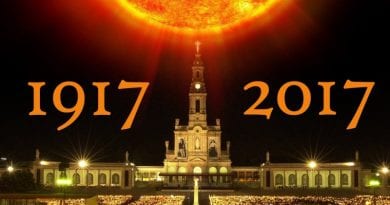 Medjugorje “My Heart is suffering, sins are multiplying” | Only Those Who Pay Attention Know This.

“Russiagate” is abetting the possibility of direct military conflict with Moscow, and liberals, once opponents of such politics, are promoting

“Dear children! With maternal love I invite you to look to my Son with full strength, faith and trust.

Worldliness is of the devil – Fr. Mark Goring