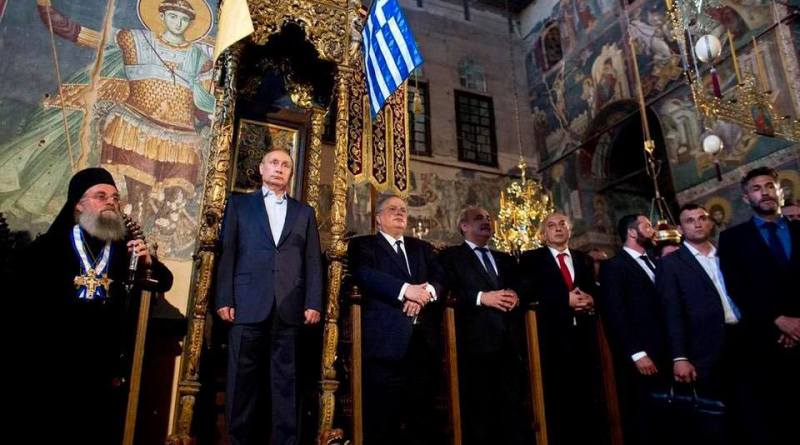 The author previously suggested that Vladimir Putin dedicated himself to the world as a monk does to God.

Well-informed people think that visiting Mount Athos, and especially the prayer in the Dormition Church of the Mother of God in honor of the head of the Russian state, are full of overtones that suggest that this is the case

The author of the popular resource Aftershock, who evidently understands a lot about the niceties of Athos rituals, shows that Vladimir Putin is a monk in the world. And we need that evidence because such a vow is a discreet matter that is not proclaimed.

At the beginning of the video, it is clear that Vladimir Putin and the monks are greeting each other as brothers. The President of Russia arrived on Mount Athos not as a head of state or a tourist but as a pilgrim; a pilgrim who, however, is allowed to stand at the Royal Seat during the prayer where an Emperor would stand.

The throne is opposite the Royal Gates and symbolizes a direct relation between the King of Heaven and the Orthodox King. Putin is not a king in any legal sense, and the monks of Athos should not make such a mistake. But neither do they resent his standing in the place of the Lord’s Anointed.

In conclusion: Putin took a vow as a monk in the world. This means that he is fully entitled to take the Royal Seat in the mind of the monks of Athos. On the one hand, he is the head of an Orthodox country, and on the other, he is anointed by the Lord as a monk.

What does this symbolic information provide to the Orthodox and Muslims who comprise the majority of Russia’s population?

I think, first of all, it is hope:

It is very important that Putin never emphasizes his Orthodoxy. He speaks and acts, as the President, not as a monk. It would be difficult to suspect him of ostentatious godliness. He visits remote churches all over Russia during major Christian holidays instead of going to the Cathedral of Christ the Savior as would be expected.

At the same time, we understand that Christian values are above so-called universal human values, which are imposed on us instead of centuries-old traditions. Postmodernism is just a beautiful cover; its essence is the decomposition and atomization of society. If we don’t resist it, it will end badly.

What is so attractive about Putin? It’s the fact that he calls things by their name. Same-sex marriage is a sin. The introduction of military forces into sovereign states without being requested by the legitimate government violates the rules established after World War II. It is also a sin. As is the behavior of one nation that decides its power gives it the right to rebuild the world in its own image.

Today Russia is the only country saying “No” to the US. It’s the only country whose “No” Washington clearly hears and cannot do anything about. And the main thing is that this firm “No” is heard by those who appreciate our common roots and traditions, who still hope that this crazy world will recover its soul. 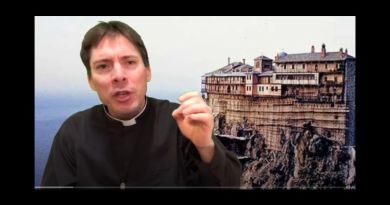 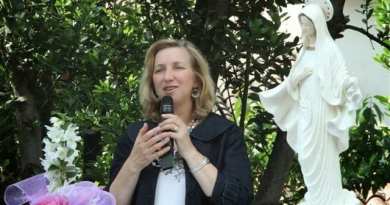 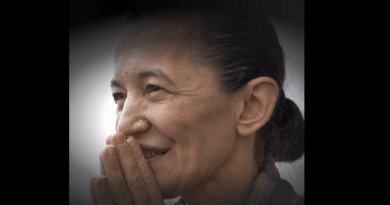 3 thoughts on “Is Putin Secretly a Christian Monk? Mystery Video”

‘ Medjugorje seer Marija Pavlovic-Lunetti talked about the Coronavirus: ‘Let’s start with the rosary in our families. May the

Saint Gemma Galgani St. Gemma Galgani (1878-1903) was an Italian saint who levitated once during a miraculous vision while interacting with a crucifix

On June 25, 1981 Our Lady said the the six visionaries “Peace, peace, and only peace; peace must reign between