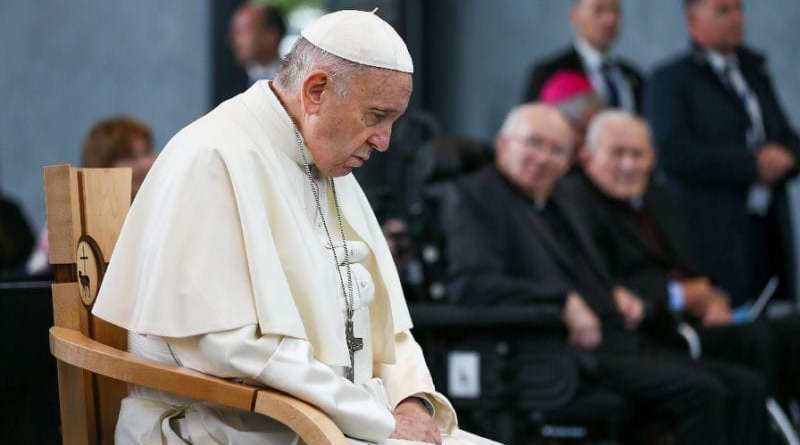 “The enemies of Francis have declared war.”

Vatican City (AFP) – Pope Francis has declined to comment on a claim that he ignored sexual abuse allegations against a senior clergyman amid speculation conservative elements in the Catholic hierarchy are using the issue to mount a “putsch” to remove the liberal pontiff.

Archbishop Carlo Maria Vigano, a former Vatican envoy to the United States, on Saturday said he had told Francis of the allegations against prominent US cardinal Theodore McCarrick in 2013.

But rather than punish McCarrick, who was forced to resign last month, Vigano said Francis had lifted sanctions imposed on him by his predecessor Pope Benedict XVI.

“Corruption has reached the very top of the Church’s hierarchy,” Vigano said in an eleven-page letter published in the National Catholic Register and several conservative US Catholic publications.

But the pope refused to address the allegation on Sunday.

“I will not say a word about that. I think that the communique speaks for itself,” Francis said on his plane as he flew back from Dublin to Rome.

The timing of the letter’s release — right in the middle of Francis’s landmark trip to Ireland — has raised speculation of a campaign against the Argentinian pontiff by conservatives in the Church.

Francis told journalists to “read the communique attentively and make your own judgement,” referring to Vigano’s letter.

“You have sufficient journalistic capacity to draw conclusions,” he went on.

“When a little time has passed and you have the conclusions perhaps I will talk,” he added.

“Make no mistake. This is a coordinated attack on Pope Francis,” said an editorial article on the website of the progressive National Catholic Reporter weekly.

“A putsch is afoot and if the US bishops do not, as a body, stand up to defend the Holy Father in the next 24 hours, we shall be slipping towards schism,” the author Michael Sean Winters wrote.

“The enemies of Francis have declared war.”

Nicolas Seneze, the Rome correspondent for the French daily La Croix, echoed that there is “a clear desire to attack Francis,” telling AFP that “those who regard Francis as dangerous will stop at nothing.”

Bishop Vigano, 77, who was a papal nuncio in Washington between 2011 and 2016, said that Benedict XVI imposed canonical sanctions against McCarrick in the late 2000s.

McCarrick was forced to leave his seminary and live a life of penance after former Vatican ambassadors in Washington, now dead, reported him for “gravely immoral” behaviour with seminarians and priests.

Vigano claimed Francis asked him about McCarrick when he took office in June 2013, but that the pope ignored his warnings.

He said the pope “knew from at least June 23, 2013, that McCarrick was a serial predator,” adding that “he knew that he was a corrupt man, he covered for him to the bitter end”.

The pope accepted the resignation of McCarrick, now 88, in July, making him just the second cardinal ever to lose his status.

During a visit to Ireland on Sunday the pope “begged for God’s forgiveness” for past clerical abuse scandals, which have badly damaged the image of the Church in the Catholic stronghold.

He spoke of the “open wound” of clerical abuse, demanding “firm and decisive” measures to find “truth and justice” before saying mass to tens of thousands of flag-waving worshippers.

His trip was also met with protests, with about 5,000 abuse victims and supporters attending a “Stand for Truth” rally in the capital Dublin.

It was the first papal trip to Ireland since John Paul II spoke in front of 1.5 million people during a visit in 1979.

On the plane back to Rome after the two-day trip, the pope also recommended parents seek psychiatric help for children who show homosexual tendencies but the Vatican rowed back on those comments on Monday.

The pope met eight abuse victims in Ireland on Saturday, including a woman assaulted by a priest when she was in hospital aged 13.

The Church’s standing has been badly dented by the abuse scandals and the Ireland has largely shed its traditional Catholic mores, voting earlier this year to legalise abortion after approving same-sex marriage in 2015.

The abuse scandals in Ireland are part of a worldwide crisis for the Vatican.

A devastating report earlier this month accused more than 300 priests in the US state of Pennsylvania of abusing more than 1,000 children since the 1950s. 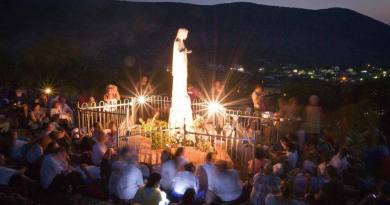 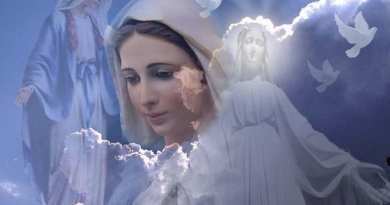 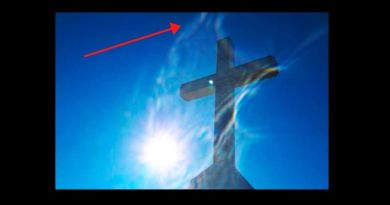 One thought on ““Make no mistake. This is a coordinated attack…If the US bishops do not, as a body, stand up to defend the Holy Father in the next 24 hours, we shall be slipping towards schism””

Visionary Mirjana Reveals the most important thing God wants from us…”Our Lady is preparing us for something great. In the end it will be understood”.

Russia is said to have built a new 100-megaton underwater nuclear doomsday device, and it has threatened the US with it. The