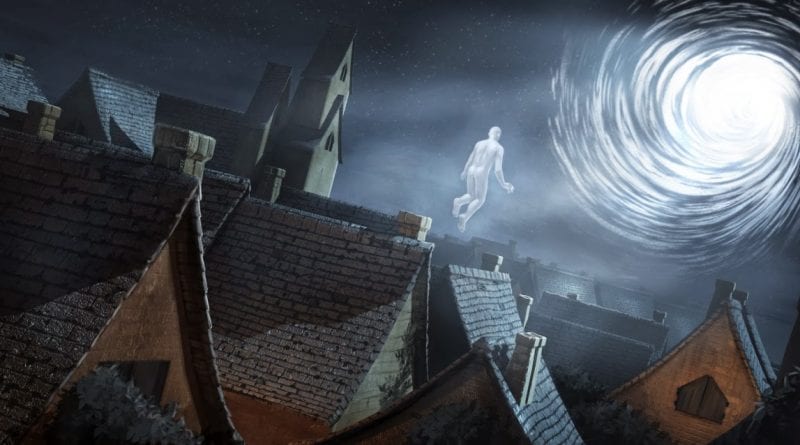 As a staff physician at the University of Texas Health Center he was well acquainted with the symptoms of a heart attack. But this time, the M.D. wasn’t examining someone else – he was grappling with troubling signs of his own.

At home, Dr. Gerry Landry, 55, felt overwhelming fatigue and crushing pain in his chest for more than an hour.

“Denise! This is serious! Please pray!” he called out to his wife.

His wife began to pray after she called an ambulance. She also called Christian friends to pray. “We committed the situation to Almighty God and asked Him to heal me,” he says.

In spite of the excruciating pain, a wave of peace washed over the doctor and his wife after they prayed, a peace that defies understanding. (Phil. 4:7)

“All I remember during the ride to the hospital was calling out the name of Jesus, over and over again,” the doctor recalled.

A few years earlier, praying for God’s help would have been last on his to-do list. He was a nominal Christian, devoted to his church, but praying for his patients was not part of his life.

But that changed one day. “I witnessed a young couple praying for a patient of mine, I actually felt God’s presence in the room and was strangely moved. They prayed as though God was their closest friend. I envied them. It started me on a journey, a search for a true, deep, personal relationship with God,” he said.

“Before long, I met Christians who taught and prayed for me to receive the Holy Spirit. After that, Jesus became real to me, and the words of the Bible suddenly came to life.”

Dr. Landry entered the same Emergency Room where he had treated hundreds of patients. The doctor in charge showed him his EKG: His inferior coronary artery was completely knocked out.

“The cold clamminess of my hands warned me of collapsing veins,” he noted. “Yet, the sweet presence of Jesus continued to enfold me with His peace.

But as his wife prayed quietly by his side, his heart suddenly stopped beating. “I became acutely aware of my spirit separating from my body and I died – pronounced ‘clinically dead’ at 4:13pm.”

Immediately he found himself transported to heaven — a place of dazzling beauty!

“A multitude of radiantly beautiful people surrounded me. In spite of the crowd, I looked around and actually recognized some of my late relatives, as well as some historical figures who had preceded me a long time ago.   We were in the Eternal Now, without past or future and I was perfectly at ease, full of joy.

He felt like he belonged there and it was more real than being on earth.

Somehow, he spoke telepathically to the people around him. “Who are you? What are you doing here?”

“We are those who went on before you, and we welcome you here.”

He soon was overcome by their rapturous adoration of God and was touched by their inexpressible joy, welcoming him into the heavenly realm.

Suddenly, a shaft of light pierced the crowd. In the center of the light, a vision of Jesus appeared to him, alive on the cross of Calvary, with the nails through His hands and feet and the wound in His side. His face was bloody from the crown of thorns.

This perplexed him, because he knew positively that Jesus rose from the dead, ascended to heaven, and is seated at the right hand of the throne of God (Hebrews 12:2)

With eyes full of love and compassion, Jesus looked at him and said, “Gerry, My peace be with you.”

Dr. Landry was overwhelmed by the thought that out of the billions God created, He still knew him by name!

“In that moment, for the first time, I understood the essence, the completeness, the fullness of the love of God!” he said.

Then the Lord impressed on his heart, Gerry, you are healed. You will have no more pain, no anxiety, no shame, no guilt. I want you to go back. You’ll be home from the hospital in one week. I want you to tell your family, your friends, your fellowships, everyone I will put you in contact with, about My love.

Then Jesus instructed him to study the Gospel of John, the first two letters of John and all of Revelation.

John is My friend. He knows all about My love, He said.

Dr. Landry did not want to leave His presence. “But even as I protested that I did not want to go back to earth, I sensed my spirit return to my body.” His heart had stopped beating a total of four minutes.

According to the attending doctors, Dr. Landry remained in ICU, and during the next 10 hours drifted in and out of a coma. “At times, I was aware of other people, but was unable to respond, except for one time when Denise came in. I awoke and wept when I told her I had seen the Lord Jesus face to face,” he recounted.

He finally woke up completely from the coma at 3 am. At that same moment, a man from Dr. Landry’s prayer group was awakened and God impressed on him: He (Gerry) shall live and not die, for I shall raise him up to tell many about My love.”

“Exactly as Jesus told me, one week later I was home and, to the amazement of my physicians, completely healed. Soon after this, I received a letter from a Christian brother halfway around the world – an Arab we had met in Israel. He had had a vision of me appearing pale and sickly. At the precise time I was rushed to the ER, he prayed for me, over 7,000 miles away!”

Five weeks later, Dr. Landry resumed his work as an anesthesiologist at the University of Texas Health Center in Tyler. “There, I shared Jesus’ love with many critically ill patients and their families,” he said.

“Also, just as He promised and because I was a medical doctor, God opened doors to me in many foreign countries to share my testimony of heaven and to speak with medical colleagues about the importance of caring for the whole person and sharing God’s love.

“Under God’s guidance, I traveled to many countries in Africa, the Middle East, Europe, Canada, even China and other so-called restricted countries.

“I thank God that He allowed me the privilege of seeing first-hand the reality of John 11:25-26 where Jesus says: “I am the resurrection and the life. He who believes in Me will live, even though he dies and whosoever lives and believes in Me will never die.”

Twenty-three years after his heart attack and near death experience on March 24, 1979, Dr. Gerry Landry went back to heaven after he suffered a stroke. This time he stayed…

If you would like to know God personally, go here

This story is adapted from Dr. Landry’s first-person account, “Tell Them About My Love,” printed in A New Heart Magazine, published by Hospital Christian Fellowship. 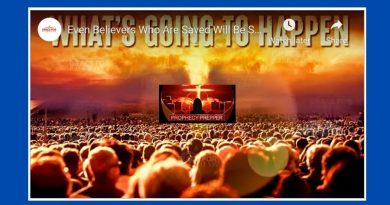 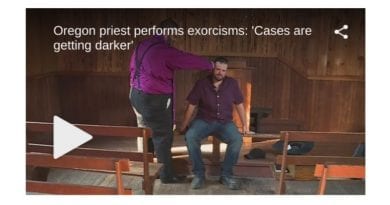 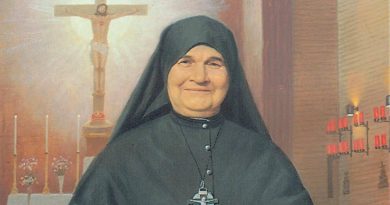 Medjugorje . Purgatory seen by the visionaries Vicka and Jakov. The Catechism of the Catholic Church regarding purgatory is very clear:

Catholic Exorcist and author of “Diary of An American Exorcist”, Father Stephen Rosett warns the Catholic faithful about increasing evidence

Dear children, thank you for being here in prayer and for having responded to my call in your hearts. Beloved

3 December 2018 Our Lord of Guadalupe, according to your message in Mexico, I venerate you as “the Virgin Mother