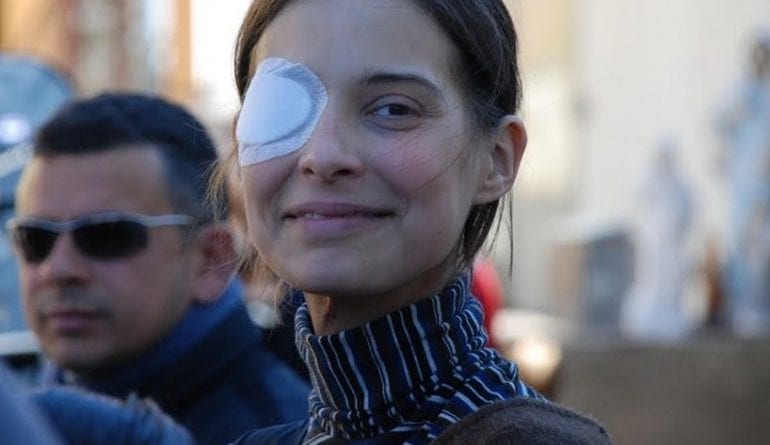 Few people know that Chiara was a devotee of Medjugorje. In a beautiful public testimony Enrico had told: “… .. Knowing Chiara’s illness in the terminal phase, one of our first concerns was to leave for Medjugorje and to bring our friends, families who in recent years had recited a rosary for us once a week, because we met there and we wanted to give back to Our Lady our whole life! So we left for Medjugorje, to ask the Lord for the grace to welcome whatever it would have been […] When we arrived in Medjugorje, Chiara had a blindfolded eye because she had a metastasis that hurt her very much […] she did not talk or walk, it is a miracle that in those days she did not have pain. The Good Lord has strange projects, he gives you many little signs to make you understand His presence and we have welcomed them all and we have lived through the consolation that Christ gave us. “

Chiara Corbella Petrillo: the diocesan inquiry into the cause of beatification and canonization is open

Chiara Corbella, for whom the diocesan investigation of the cause of beatification and canonization was opened today , was born in Rome on January 9th 1984. Together with her sister Elisa, two years older, she grew up in a family that taught her to get closer to faith since a child. Thanks to her mother Maria Anselma, Chiara has been attending a community of the Renewal in the Spirit since the age of five. 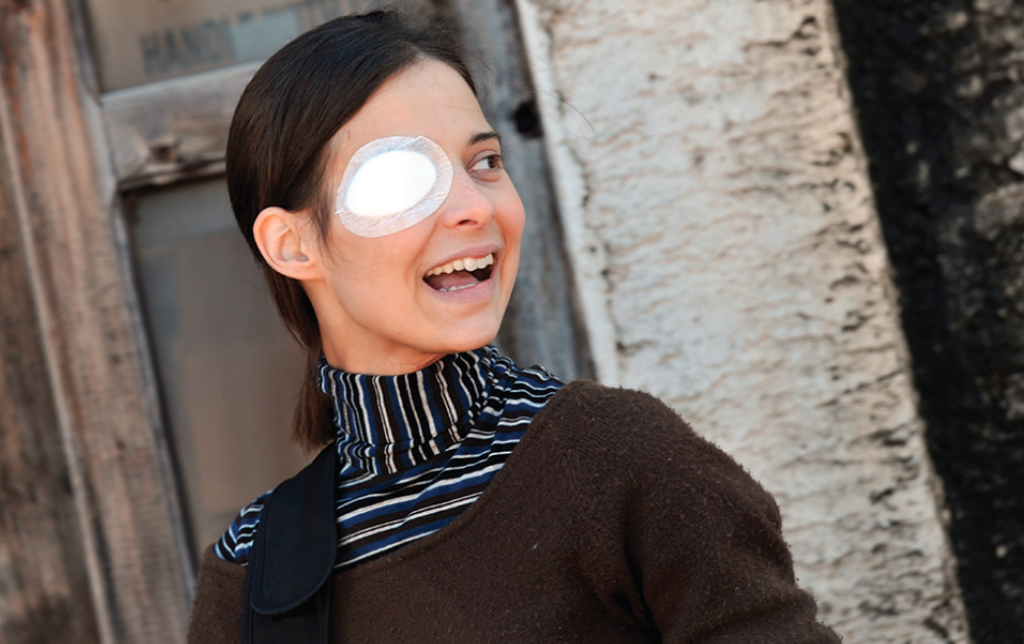 In the summer of 2002 Chiara met in Medjugorje Enrico Petrillo, a twenty-three year-old Roman boy on a pilgrimage with his community of prayer of the Charismatic Renewal. Chiara, who is eighteen years old and has never been engaged, has the intuition of being in front of her husband. Back in Rome the two meet, know each other, get engaged. It is a relationship in some ways ordinary, punctuated by quarrels, ruptures and pacifications. During the six years of their engagement the Lord puts a strain on Chiara’s faith and the values ​​in which she thinks she believes.

Chiara and Enrico get married in Assisi on September 21st 2008.

Returning from her honeymoon, Chiara discovers she is pregnant. However, the ultrasound shows a serious malformation. The child, who will be given the name of Maria Grazia Letizia, is diagnosed with anencephaly. Chiara and Enrico choose to carry on the pregnancy and the baby, born on June 10, 2009, dies after a little over half an hour. A few months later Chiara is pregnant again. This child, who will be given the name of Davide Giovanni, is however diagnosed with a severe visceral malformation of the pelvis with absence of the lower limbs. He too will die shortly after being born on June 24, 2010. And even his funeral, like that of Maria Grazia Letizia, will be lived like a party. 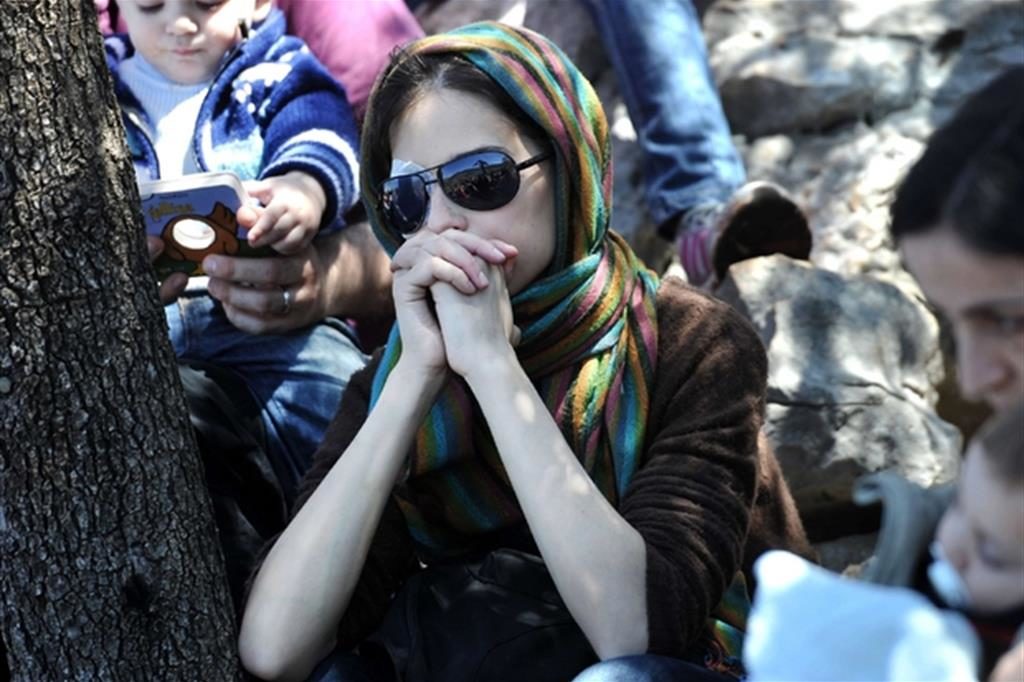 There is no link between the pathologies of the two children. To prove it there are the results of genetic tests, to which Chiara and Enrico submit themselves to the pressure of friends and relatives; but there is, above all, the fact that the third son of the couple, Francesco, is completely healthy. The pregnancy arrives shortly after the birth in the sky of Davide Giovanni. A week after she discovered she was pregnant, Chiara noticed, however, a lesion in her tongue. With the well-founded suspicion that this is a tumor, on March 16, 2011, Chiara tackled during pregnancy the first of two phases of an operation to remove the mass on the tongue. For the second phase, it will be necessary to wait for Francesco to be born

Having ascertained that this is a carcinoma of the tongue, Chiara chooses to postpone the treatment in order not to hurt the child she carries in her womb. Wait until you can wait, and even longer. Finally on 3 June, with the same hospitalization of the birth, Chiara addresses the second phase of the intervention started in March. Once home, as soon as possible she starts chemotherapy and radiotherapy but the tumor will still extend to lymph nodes, lungs, liver and even the right eye, which Chiara will cover with a bandage to limit the visual difficulties.

The last weeks of life

She spent the last days of her life together with her husband on the sidelines and away from the city, in the family home near the sea. Chiara dies at midday on June 13, 2012, after greeting everyone, relatives and friends, one by one. His funeral is celebrated in Rome on June 16, 2012 in the church of Santa Francesca Romana all’Ardeatino. There are many people noticed. Cardinal Agostino Vallini, present at the celebration, declares: “What God has prepared through her is something we can not lose”. Like the funeral of his two sons, this celebration also becomes the Christian witness of the beginning of a new life. 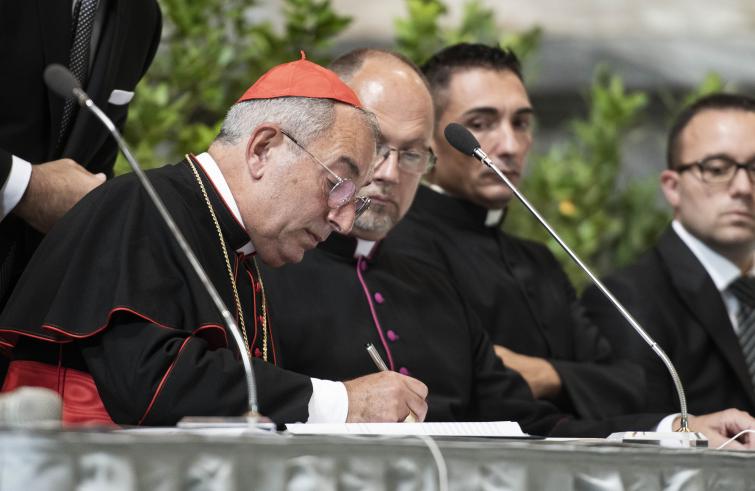 “His motherly face who cares about the happiness of his children, called by the grace of Christ to walk in a new life, has as its sure landing the festive sky of communion with God and the brothers”. So the cardinal vicar Angelo De Donatis on the occasion of the opening of the diocesan inquiry into the cause of beatification and canonization of the Servant of God Chiara Corbella Petrillo. After retracing the life of Chiara in the basilica of San Giovanni in Laterano, the cardinal recalled that in the six years since his death “the reputation for holiness has greatly increased, which has now crossed national borders; it immediately manifested itself, starting from the celebration of the funeral and in the media resonance of its history, which aroused a singular interest. Moreover, his Christian witness has produced and continues to produce fruits of conversion in many people, who are pushed by his story to question the meaning of life “. “The knowledge of Chiara’s life – he continued – arouses hope in many young and old, engaged couples and couples, who almost touch the proximity of our infinitely good and merciful Lord. His tomb in the Verano cemetery is frequently visited, a place of prayer and a request for graces for many people “.

Furthermore, after the publication of the Edict, “several diocesan letters have been received at the diocesan Tribunal, which show how the interest in the life of Clare crosses the Church not only at the popular level but at all levels”.

YOU CAN READ EVEN

Medjugorje. Chiara Corbella, the future saint remained with the Virgin until the last breath. 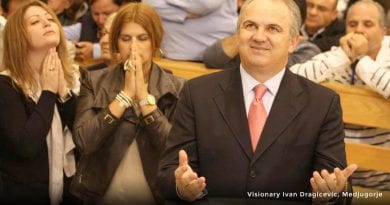 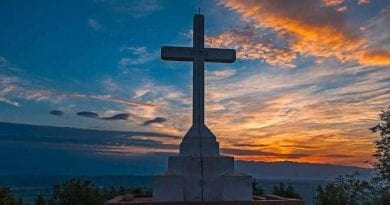 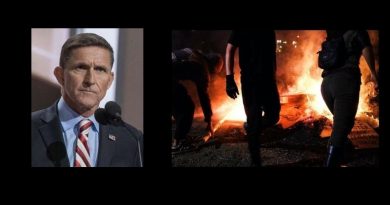 “Dear children! I am with you to lead you on the way of conversion, because, little children, with your lives