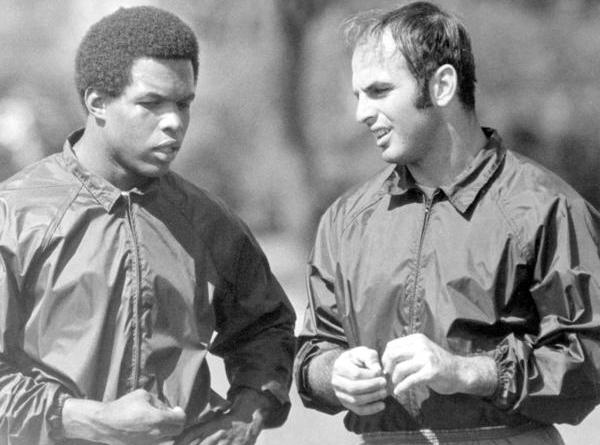 “I love Brian Piccolo”.  A few decades ago those words changed me and maybe even the nation a little bit. Sure it’s not, “I have a dream”. But when I heard Gale Sayers tell an audience of white people at an awards dinner in 1971  that he loves Brian Piccolo, a white jock, something big happened.

I have no doubt that after hearing his powerful words about racism the world started to look a little less black and white to me.

Then over time, a short time as is it turns out, the United States elected a black man as President. In my mind the country had made it – PROGRESS had been made. Or at least I thought. But then something sad happened that seemed to quickly descend over America.

Rather than race relations improving Mainstream media began to beat the drums that our country was not healed at all but in fact was dangerously racially divided – a crisis was emerging. Americans, had got it wrong – Gale Sayers had got it wrong, even all the people who voted for Barack got it wrong.  Because according to MSM Americans were still facing something terrible.

I found myself dumbfounded with what I was seeing and hearing on the television. I stared at the TV in disbelief. My concerns were mocked by my friends and I was told to be quiet, eat my peas, and listen to CNN because – well because they had well dressed people inside the TV set and I did not. Oh ! and I might offend someone.

This sense of a disconnect between my world view and those who make a living chasing “Breaking News” left me feeling defeated. Then it occured to me that they – the media –  are not only wrong but they are wrong for awful, shameful reasons, yet we let those windbags chasing money by inventing divisive narratives, define America.

The truth is Mainstream Media – mostly Washington Post, New York Times, CNN, and MSNBC –  promote a false and destructive narrative that the United States of America is dangerously racially divided.

Nothing could be further from the truth. As a baby boomer I heard Martin Luther King, Jr, say to the world “I have a dream”. I proudly voted for Barack Obama – twice. And, as silly as it sounds, I was nearly brought to tears when I heard Billy Dee Williams, playing Gale Sayers in the movie ‘Brian’s Song”, say “I love Brian Piccolo” . What has happened to that America.

It’s as if I’m Rip Van Winkle and I woke up to a dystopian world where America is consumed with racial hatred. But it is all a lie- a grand illusion.

For decades historic progress has been made in race relations in this great country we call America. Mainstream Press knows this. They know it all. They know it in their minds and in their hearts and whatever is left of their soul and yet despite this truth they shamelessly divide this country for the lowest of reasons.

I went to a football game recently in Washington D.C. , and there in the stadium, thousands of happy fans were laughing, smiling ,and giving high fives to all the people around them.

Blacks and whites and rainbows were enjoying the evening without a single thought about racial troubles that is supposed to be menacing America.

The fans were only reminded of the dangerous rise of racism in America when they returned home and turned on the TV or read the morning newspaper.

The attractive smart newscasters with nice haircuts are all in on the scheme. When they go home at night they don’t give a damn about the state of race relations in America. They don’t give it a second thought. In fact they know it does not exist. Yet for unseemly reasons  – reasons akin to entertaining Romans by throwing Christians to hungry animals – talking heads actually try and convince folks with Ivy League educations that a real threat exits.

Earnest young television broadcasters tell Americans, with straight faces – sometimes even sad faces, that toothless rednecks may soon be charging out of the bayou swamps armed with guns and rattlesnakes to take over the United States of America by force if we are not careful.

Main stream media lies to us every day and they spin a dystopian worldview that is invented.

Let’s take back America and end the fake news narrative that we are all one bad moment away from being at each other’s throats.

America is a great country and  it’s time to end the tyranny. 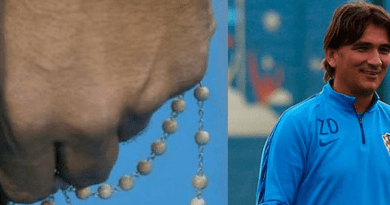 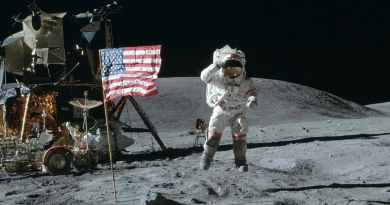 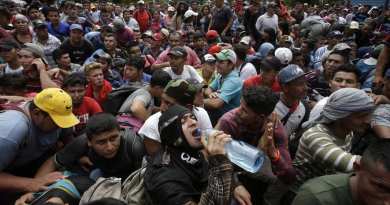 Today’s Pearl: Medjugorje Message, July 25, 1995 “Dear children! Today I invite you to prayer because only in prayer can you

Powerful words Our Lady wants to put in your heart: “I invite you in this time like never before to prepare for the coming of Jesus.”

Convincing Visual evidence at minute 2:25 Human spirituality is unique in the world of animals. We went to Medjugorje and

New warning from Gisella Cardia Apparition: “The financial collapse will affect everyone…the battle between good and evil is underway” Satan is active like never before.