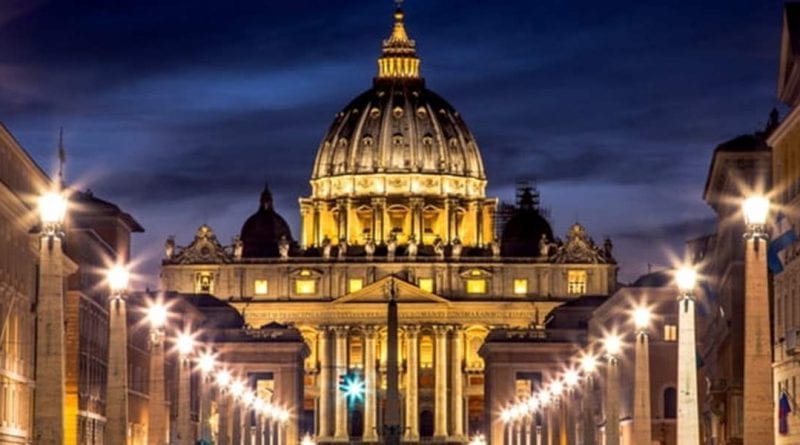 ROME (ChurchMilitant.com) – The Vatican is reeling from news that the 300-page dossier containing names of members of the gay lobby — a dossier some believe led to Pope Benedict’s resignation in 2013 — has been leaked to the media.

Il Fatto Quotidiano, an Italian journal read by Vatican officials, is confirming it has seen the 300-page dossier. “The report contains a detailed and disturbing picture of the moral and material corruption of the clergy, with names, surnames and circumstances,” writes Francesca Fagnani.

We are … able to view a document on papal letterhead included in the investigation, and here we publish an excerpt: It is a list of prelates and laymen who belong to the so-called gay lobby, which through blackmail and secrets could affect, or have conditioned, positions and careers (theirs, like those of others).

We will not reveal the names shown in the list, but we can confirm that among the names there are people removed by the Pope, others moved from office, others who still hold important positions in strategic organs for the Vatican, such as Propaganda Fide and even the Secretariat of State.

Among those implicated in the dossier is none other than Cdl. Kevin Farrell, prefect of the Dicastery for Laity, Family and Life, who has repeatedly claimed he knew nothing of former housemate Abp. Theodore McCarrick’s homosexual predation, although they lived together on the same floor of the same house for six years in Washington, D.C.

The report contains a detailed and disturbing picture of the moral and material corruption of the clergy, with names, surnames and circumstances.Tweet

“Farrell was appointed auxiliary bishop of Washington precisely because it was McCarrick who wanted him as a deputy,” Fagnani reports in a September 4 article focusing on a “Farrell dossier.” “The two were part of the ‘magic circle’ of Pope Francis.”

[A case] on the auxiliary bishop of Washington, Kevin Joseph Farrell, is said to have been filed at the Congregation for the Doctrine for the Faith in the Vatican, at the Dicastery that is responsible for investigating sexual and other crimes against good morals, which, if not rebutted, would fall squarely on the Pope like a boulder. Farrell [was] appointed directly by Bergoglio to head the Dicastery of the Family.

In response to Il Fatto Quotidiano‘s queries with regard to the existence of a file on Farrell, the Vatican is refusing to confirm or deny.

“There will be no communication,” was the response from the Congregation for the Doctrine of the Faith. “The Vatican therefore does not deny Il Fatto Quotidiano, but chooses the strategy of silence as for McCarrick,” Fagani writes.

Pope Benedict’s sudden resignation in 2013 is allegedly linked to the 300-page dossier; some media reported that Benedict chose to resign the same day he received the dossier, the result of findings of an investigation commissioned by the Holy Father into clerical corruption and malfeasance.

The investigation, itself, led by Cardinals Julián Herranz, Jozef Tomko and Salvatore De Giorgi, is said to have uncovered sins involving sex and financial corruption. “Everything revolves around the non-observance of the sixth and seventh commandments,” according to La Repubblica in February 2013.

“The investigation of the three cardinals Herranz-Tomko-De Giorgi has so far remained top secret,” Fagnani writes in her report. “However, a small but not small circle of people has had the opportunity to read it, and this already before the Conclave, to give a hand to the Holy Spirit who would then take Bergoglio to the papal throne. To draw up the dossier, tens of priests and high priests were questioned, and documents of all kinds were collected.”

“If the public were aware of the content of the final report it would be a disaster for the image of the Church, already devastated in the whole world by sexual scandals,” she added.

If the public were aware of the content of the final report it would be a disaster for the image of the Church, already devastated in the whole world by sexual scandals. 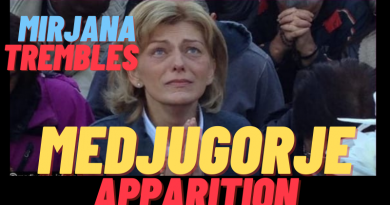 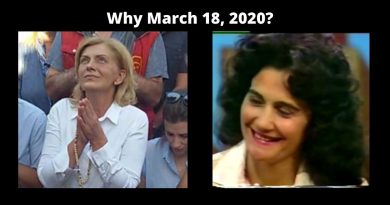 Watch Videos ….   Without your charitable GIFTS it would be hard to continue spreading Heaven’s messages. Please consider helping

Mission Statement: Using modern technology, our mission is dedicated to bringing the devotion of Our Lady’s Immaculate heart into people’s