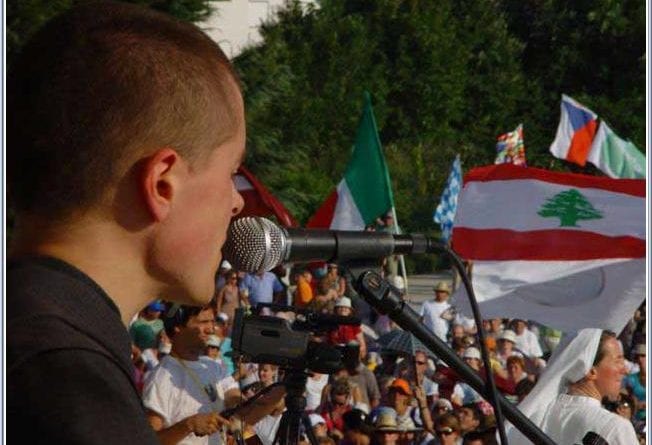 Medjugorje
October 31, 2018 stephen ryan 2205 Views
Paddy Kelly speaks about his faith in an exclusive interview with KATH.NET.
Now with some changes and authorized by Paddy Kelly

Cologne-Linz (www.kath.net)
KATH.NET: Paddy, you have professed the Catholic faith for some time, when did you first come to it and what was the reason?

PADDY: My family was always Catholic. As a young man, my father was with the Jesuits for four years. My mother was also very devout, but more for herself, rather hidden. Unfortunately, in the last ten years, through all our successes and the whole frenzy, different values became more important. We were simply diverted from the essential. I had a considerable personal crisis almost three years ago. I had separated from my girlfriend at that time and had also finally begun to process the death of my mother. In any case, I began reading the Bible, and I even bought the Koran. I also had an acquaintance who was well-versed in Buddhism. I was simply on a search. The standard questions were then: Where do I come from? What am I doing here? Where do I go? I was searching for answers. One night I saw a documentary on television about a place of pilgrimage called Lourdes. I found this to be in character and I felt magnetically drawn there. Two or three days later I drove with two of my sisters to Lourdes and spent four days there.

We took part in the entire program there. I bought a rosary and began to pray and had some deep experiences there. For me our Blessed Mother Mary implanted a seed in my soul, and with the help of prayer and the sacraments, my faith has grown bit by bit. Then later I drove two or three times to France and Austria to different monasteries, in order to strengthen my knowledge. Today I know that life without God is like a guitar without a case: First it gets a scratch, then still another break, and sooner or later the guitar gets broken (the soul).

God has become the center of my life and everything else is secondary. It took a while before I learned to know Our Lord Jesus. It was very strong with Mary and she then led me to Him. For the song “Thanking Blessed Mary,” I had tried for almost four months to write the lyrics, and only after I came to know Our Lord was I able to write the last verse.

KATH.NET: How do you live the faith in everyday life?

PADDY: I try to live the messages from Medjugorje, that means: holy Mass, reading the Bible, the rosary, monthly confession, and fasting twice a week.

KATH.NET: How did you actually come to Medjugorje and how important was this for your faith life?

PADDY: In the summer of 2000, I was with my brother and sister, Jimmy and Barby, on a pilgrimage. We first went to southern France and were then invited by three different people to come to Medjugorje.

We were at the youth festival for three or four days and spent one afternoon with Father Jozo Zovko and he asked us to come back to Medjugorje with the rest of our family. We thought of ourselves as a type of bridge for the others. And in such a way the reference came to Medjugorje. In the autumn then my father was again with Jimmy in Medjugorje, and we drove down in March with the entire family and later to the youth festival at the beginning of August.

PADDY: We were already at the European youth meeting in Loretto in 1995. We sang there for the Pope and many young people. In 2000, Jimmy and I went to Rome as private pilgrims.

KATH.NET: What does the Pope mean to you? What effect does he have on you?

PADDY: To me John Paul II is like the star which led the three kings to Bethlehem, and in the past, the stars guided ships, so that they didn’t get off course on their trips. We met him briefly in 1995 in Loretto. The radiant emittance from him is amazing. You feel such a strong presence of the Holy Spirit, if you see him closely.

In Lourdes I had conversion and in Rome, at the World Youth Day at Tor Vergata, I put my life in God’s hands. I kneeled and said only: “Totus tuus” completely yours). I took a “liap of faith,” and trusted my life to our Lord. In the past I didn’t understand why someone should say “yes” to God. Today I understand it better. Mother Teresa said that holiness depends on our will and on the grace of God.

In Rome I tried to give a “yes” without conditions. That is simply fantastic. Now I try this daily, I try–as Mother Teresa says–24 hours a day “to live with Jesus, for Jesus and to Jesus.” I am not a theologian nor a philosopher, however in the Bible it says: “You will know the tree by its fruits” (LK 6.44) and so far the fruits which I see in myself are very positive. Heaven is my destination, the sacraments and prayer are the fuel and the best way to get there is if God is steering the wheel.

KATHNET: Some months ago, you gave a concert in Linz (Austria) and engaged in the “Action Eva” from Youth For Life against abortion. Why did you do that? What does abortion mean to you?

PADDY: I believe me abortion is the largest crime that mankind is comitting today. The problem is that it’s legal and that today we mistake “legal” with “good.” If there are wars or other disasters where many people die, the whole world reports about it, but you see or hear almost nothing about the millions of unborn children who are killed annually in the cruelest way. That is madness.

KATH.NET: Now you profess your faith very openly. What is your message for the fans, those who don’t believe and who think that perhaps you are nuts or going crazy?

PADDY: For me it is similar to falling in love. One would like to tell everyone everything at once. But faith is something so very intimate. Just as you wouldn’t talk with everyone about sexuality. Therefore, it’s often hard to speak about without feeling that your intimacy has been penetrated too much. I find it easier to sing about. I see how a generation hungers after what I have found. That is God, that is truth, that is love. Everything makes sense when you discover this. It’s like a treasure that I’ve found. But I’m only fully content if I can share this treasure with others.

KATH.NET: What can you say to someone who is by your confession on the search for God?

PADDY: I recommend reading the Bible and prayer to begin with, and then to go to Medjugorje. If someone doesn’t have the cash now to drive to Medjugorje, they can also begin at home with prayer. In the Bible and in prayer you will find all the answers to questions in life, maybe not always what you wish, but what is best. God knows what we need. We must only open ourselves and ask that His will be done. Mother Teresa said: “Every person is created out of love, to love and to be loved.” “God is love.” (1 JOH 4.16)

KATH.NET: Thanks for the discussion.

Do not reproduce without permission from kath.net!

Your opinion!
Please write to the following adress:
[email protected] 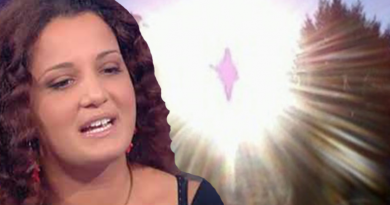 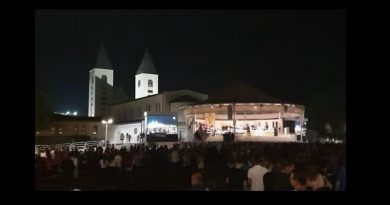 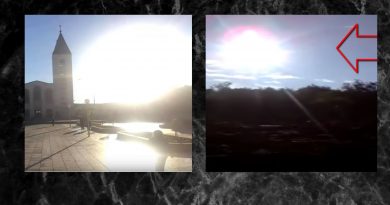 Our Lady to Gisella Cardia earlier this year: My daughter, tell the world that faith is the only hope that