The Miracle on Nowolipki began on October 7, 1959 when people living near the St. Augustin church in Warsaw’s Muranów district noticed a bright light emanating from the small globe that tops the church’s spire.

Soon, locals were claiming to see the life-like apparition of the Holy Virgin Mary with details including the colour of her dress, her facial expression and how she folded her arms.

On Sunday night (October 14th), 59 years later, around 1,000 people gathered in the same church to see the premiere of a new film about the miracle – Cud na Nowolipkach.

The film was directed and produced by Michał Góral, who told TFN: “I have always been really moved by the famous images of this church taken after the war when it was the only building in the sea of rubble that remained after the Warsaw Ghetto, so I wanted to make a film that honours this place. 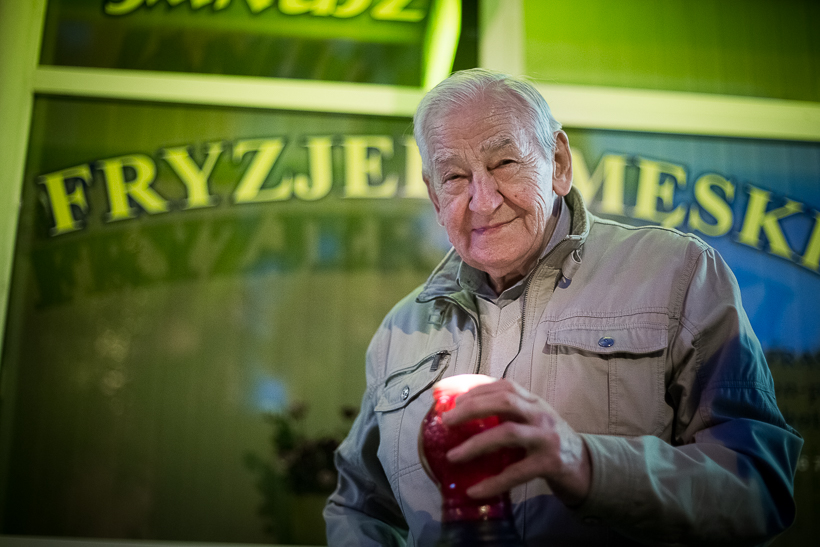 Local barber Janusz witnessed the miracle and told TFN: I was standing right here when I saw her. She was wearing a blue dress and she had a circle of light around her head.Kalbar/TFN

“When I started to make the film, I was surprised by how much good will and interest there was from people, and by the great effect the apparition has had on people’s lives.”

The phenomenon was not recognised by the church as an official miracle, yet it is remarkable how much detail the crowds saw in the figure. Local barber Janusz told TFN outside his salon opposite the church: “I was standing right here when I saw her. She was wearing a blue dress and she had a circle of light around her head.”

Not everyone was lucky enough to see the apparition. “I didn’t see anything. You had to be worthy of the Lord’s grace to see her, and I wasn’t worthy,” one lady in the church told TFN in between snoozes.

The film is based on a book by local historian Witold Dąbrowski, who discovered microfilms in the National Remembrance Institute with letters about the phenomenon that had been intercepted by the security service. 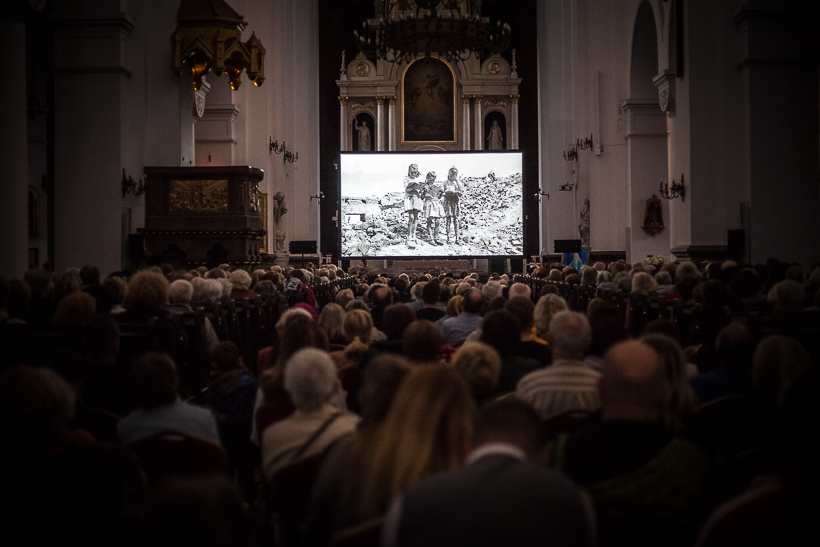 Around 1,000 people gathered in the church to see the premiere of the new film about the miracle which happened 59 years ago.Kalbar/TFN

Reflecting on the recent history of the Muranów district, one Jewish letter writer believed that the Holy Mother had appeared as a display of sympathy for the tragedy of the Jews from the ghetto.

As word spread, thousands of people were soon gathering around the church each evening to see the Holy Mother. This caused a major headache for the authorities, who on one hand felt threatened by the manifestation of devotion to a rival source of authority, while on the other they had no idea what the cause of the phenomena was or how to stop it.

The initial response was to close the streets surrounding the church and to arrest and beat up people who were caught praying. However, the pressure from people to see the Virgin was overwhelming.

The director and producer of the film, Michał Góral, told TFN he had always been fascinated by images of the church standing in a sea of rubble and wanted to make a film honouring the place. He said he was surprised at the great effect the apparition had had on people’s lives. Kalbar/TFN

At the peak, around 10,000 people were thronging the area each evening, coming from all over the city and from throughout Poland.

The security service then ordered the church’s priest to inform the faithful that what they were seeing was a natural phenomenon and to let the church get on with its parish duties in peace.

When this failed, they directed reflectors at the steeple to disrupt the light.

At one point the authorities had all the lights in the district turned off in an attempt to pinpoint the source of light, but they were still in the dark about what could be causing the visions.

Finally, the security authorities decided to intervene more directly and sent a man up on a ladder to paint over the whole area. This didn’t work initially but eventually they painted the area with a heavy black non-reflective paint and by October 29 the apparitions had disappeared.

Eye-witness Tomasz Ługowski, 73, who appeared in the film told TFN: I know what I saw back then, and I can say that my whole life has been blessed because of it.Kalbar/TFN

The real cause of the strange light was speculated on by the Father Stefan Kuć in a report to his church bosses: “On the steeple under the cross, from where the light is coming, is a golden globe and below that copper panels. It is possible that a phosphorous reaction is taking place on the copper due to strong sunlight.”

Whether the miracle was real or not, it has certainly had a miraculous impact on those who saw it. This is true for Tomasz Ługowski, 73, who appeared in the film. He told TFN: “I know what I saw back then, and I can say that my whole life has been blessed because of it.”