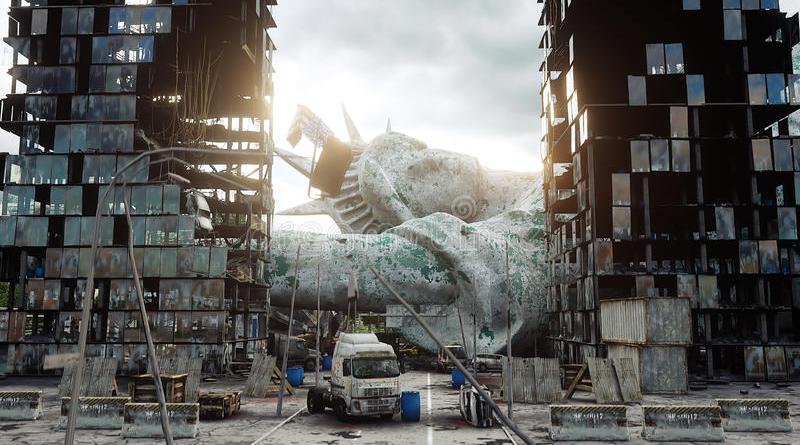 The USA is a Spent Bullet—And History Says So

President John Adams, one of the chief framers of the U.S. Constitution, wrote about the experiment that the United States was going through attempting to live in a democracy. He said, “Our Constitution was made only for a moral and religious people. It is wholly inadequate to the government of any other. We have no government armed with power capable of contending with human passions unbridled by morality and religion.” Adams is clearly saying, a nation can only attempt to have civilized self-rule if there is an authority greater than the individual through voluntary compliance with the law. In the Constitutions of all 50 U.S. states, there are references to the Almighty God of the Universe. The framers of the Constitution of the United States knew it was a strong belief in God that would make America work.

We obey the law because it is what is best for us and God asks it. Once the law breaks down, democracy ceases to work. It will take a totalitarian governmental regime to enforce a democracy out of control. That is what we are seeing evolve. We are in decline as a nation. Law on top of law is making us unable to be governed. Today our government is not working and is not accountable to its citizens because we have abandoned God, which means it has no chance of working. The wholesale breakdown in our culture is because morality and spirituality are not at the center of our laws—thus we are failing miserably.

A democracy ceases to exist when the legislators realize they can give themselves largesse from the treasury with no repercussions from the people. When law-makers continue to raid the public treasury to simply satisfy their constituents demand for free goods, it is no longer sustainable. It becomes fiscally impossible to have civil self-rule. The system will collapse. From the time of ancient Greece and her philosophers, to modern day empires, this type of behavior ensues. The USA is the twenty-third great empire in world history, and our role as world leader is coming to and end. The ancient Greeks spoke of a democracy being capable of lasting only approximately 200 years. As the United States approaches its 250th year of existence, we are beyond our allotted time.

Our country since its founding has had a run similar to those great civilizations before us. See the sequence of stages for the rise and the decline of an empire as articulated by Scottish philosopher Alexander Tyler of the University of Edinburg in 1887.

1. From bondage to spiritual growth
2. From spiritual faith to great courage
3. From courage to liberty
4. From liberty to abundance
5. From abundance to complacency
6. From complacency to apathy
7. From apathy to dependence
8. From dependence back to bondage

Tyler wrote, “A democracy is always temporary in nature; it simply cannot exist as a permanent form of government. A democracy will continue to exist up to the time the voters discover that they can vote for themselves generous gifts from the public treasury. From that moment on, the majority always votes for the candidates who promise the most benefits from the public treasury, with the result that every democracy will finally collapse over loose fiscal policy, which is always followed by a dictatorship.”

Depending on your vantage point, you can decide what stage we are in, but a good guess would be somewhere near complacency to apathy. Some would say dependence because the only thing propping us up at the moment is the printing of fiat money by the trillions. With millions of people on the public dole, we are on the verge of disaster. When the printing stops, it is anyone’s guess where we will end up as a nation. From complacency, apathy, and dependence it can spiral down very fast. The nation that is caught up in these last stages is so out of touch with reality, it doesn’t even recognize it.

The USA is Broke

Trade imbalances show how unsustainable our business practices are with just one nation—China. The Chinese, like other nations of the Middle East, and Far East have been less prone to adapt blithely the economics of John Maynard Keynes, the notion that deficit spending leads a nation to prosperity. No nation can print trillions of fiat dollars and expect to survive for very long. The destruction of the United States from within has been intentional. In 2013, the U.S. spent over $2 trillion on entitlements and benefits from the Federal Government. Just one indicator of trade with China shows the general trend. U.S. yearly trade deficits with China have been increasing enormously for the last twenty-five years. In 1990 the annual deficit was $10 billion, and by 2013 it had grown to $318 billion—a year.

The overall strategy of think tank and public policy global elites in the United States has been to manufacture a crisis to bring about change. Every great crisis will have an equal or greater reaction in social change and new policy. In 1968, American sociologists and political activists at Columbia University devised the Cloward-Piven Strategy to implement a crisis by overwhelming the U.S. Public Welfare System. This was done so government could gain control of the entire political and social welfare system through its default of financial obligations, and usher in a new aggressive socialist policy. Increase taxes and regulations of all sorts, and you only exacerbate the problem. Factor in the language engineering of social justice and equality, you have a formula few understand is the agenda of the global elites. This has been the model used to gain control. By overwhelming the system, there is a new crisis weekly that deserves attention by Congress and policymakers. However, with the constant onslaught of crisis situations thrust upon law-makers in Congress, nothing is able to get accomplished. When the problems are no longer even remotely manageable, legislation will come that will destroy our way of life and bring us to a place we have never been before. Social unrest will be the norm. Out of chaos will come a New Order— that is the agenda being deliberately and strategically implemented.

But, know this, God does not abandon His people and the woman clothed with the sun (Rev. 12) will play a key role. It is Our Lady who will end the present carnage we see going on in a mystical way the Berlin Wall and the former Soviet Empire fell without a shot being fired. In a message speaking from Slovakia to the Marian Movement of Priests titled, In the Name of Mary (#456) she says,

“In the name of your heavenly Mother, yes, in the name of Mary, the Turks were defeated, when they laid siege to the city of Vienna and threatened to invade and destroy the whole Christian world. They were far superior in strength, in number and weapons, and they felt that their victory was assured. But I was publicly invoked and called upon; my name was inscribed upon their banners and shouted out by the soldiers, and thus through my intercession, there took place the miracle of this victory which saved the Christian world from its destruction. It is for this reason that the Pope instituted, on this day, the feast of the Name of Mary. In the name of Mary, Marxist communism, which for decades has been exercising its rule and holding so many of my poor children in oppressive and bloody slavery, has been defeated in these countries. Not because of political movements or persons, but through my personal intervention, has your liberation finally come about. It will again be in the name of Mary that I will bring to completion my work with the defeat of Masonry, of every diabolical force, of materialism, and of practical atheism, so that all humanity will be able to attain its encounter with the Lord and be thus purified and completely renewed, with the triumph of my Immaculate Heart in the world.”

JESUS, I TRUST IN YOU 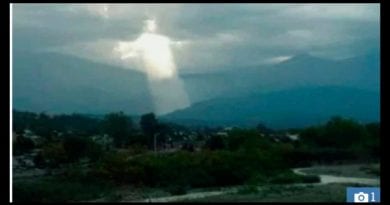 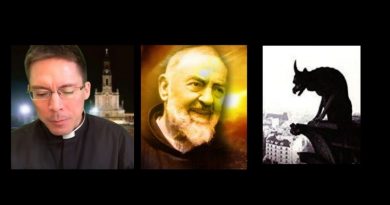 Mark Wahlberg has revealed a punishing daily routine, involving getting up in the middle of the night to work out.