Its existence and emergence in this part of Europe is very symbolic because this part of the world has almost always been excluded from the past. Through the centuries, we could say, this country has always been a martyr’s country. In this area is a mosaic of people, languages ​​and cultures. I believe that the message of peace, which is here in Medjugorje central, is intended for the whole world, “said Msgr. Hoser and having put Medjugorje in the rank of Lourdes and Fatima . “With regard to international phenomenology, they are very similar.

These are certainly the three greatest pilgrimage sites. Here we have two and a half million pilgrims a year. It was wonderful to see the Youth Festival, where I was present, and where 30,000 young people from 72 countries were present. Many young people come from the Republic of Croatia! The next year is thirty times. In addition, these are the three Marian shrines inviting for repentance and conversion and for the prayer of the Rosary.

Lourdes  is a great sanctuary based on the dogmatical truth about the Immaculate Conception and tells us about the identity of the Mother of God. Fatima gives us a look at the contemporary history of the world, the current, the current as well as the future. Here is a prominent speech about the peace the world needs and it is also very important.

Between these three pilgrimage sites there is a kind of spiritual solidarity and bondage, “Msgr. Hoser comparing Medjugorje with Lurge and Fatima. He, as the most important characteristic of Medjugorje, points out the “power of grace”. “Because Medjugorje is not an imposing structure that delights in its size. It’s a simple parish.

The power of grace that is felt here, the power of God’s words here proclaimed, makes us witness to many of the radical transformations that are happening here. Medjugorje has become the confessional of the world. The confessors confess in almost all languages, “Msgr. Hoser, and when asked about the apparitions, he said that the Church had not yet pronounced its official position and judgment.

Hoser priest VISITING THE Medjugorje family chose the old parish house. It’s as humble as Pope Francis “The Church’s Presence is at the moment: Let’s wait and see. In general terms, the message of peace that emerges from the Medjugorje phenomenon is always valid. The Queen of Peace – the title of the Mother of God who is present there, also exists in the Lauretian litanies, hence far in history, “Msgr. Hoser, adding that he was very happy with the lives with the friars in Medjugorje, most likely because he was a rogue monastery himself.

“The brotherhood fraternity in which I live is very open and very happy with the true Franciscan spirit. I am very pleased, “said Hoser, adding that in Medjugorje he feels his specific peace . “This is a very quiet area. The people are very open and joyful , smiling.

This is how it feels, “Hoser said, and in response to complaints about numerous shops and hotels in Medjugorje, he replied that those outside the shrine and the Church had no influence on it. “After all, pilgrims who come here somewhere have to sleep, eat, wash, etc. As far as commerce is concerned, it is impressive to see the variety of souvenir offerings, bigger than in Lourdes. Everywhere you can get some memories, “said Hoser. 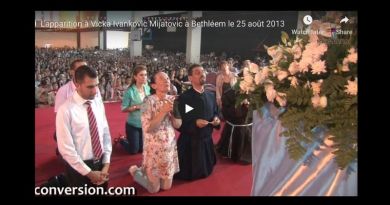 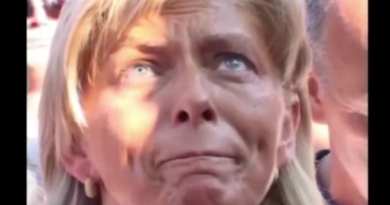 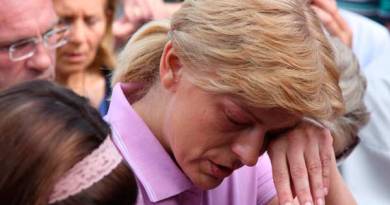 Watch the latest video at foxnews.com Source Fox News As Christians around the world observe Holy Week and focus their attention on Christ, one

“Last year we didn’t dare to walk in the streets a lot,” said Abir Ismail, a resident of al-Qasaa neighborhood,