In Medjugorje God told me: “This is how much I love you” and at that moment, there in that remote place of Bosnia, my life has changed. María Vallejo-Nágera , Spanish writer, recounted her moving experience in Medjugorje: “I would like to tell you this little story of my life, which changed completely when I went to the village called Medjugorje for the first time”.
The trip to Medjugorje, organized by friends.

It was 1999 and she lived in London, with her three children. It was called Catholic, but “however I did not realize what God was, I did not have faith, I did not want to talk about God, I was not interested in either the Church or  God”. Then, the trip to Medjugorje, organized by some of his friends, changed things.

“The first day was really boring for me, I did not understand a word, nor what happened, I did not believe that Our Lady appeared to those six young people, I did not even behave during the Mass , I had found one in English in the morning, but I had done nothing but take pictures all the time, without listening to a word of what the priest or celebration said. “
On leaving the Mass, María Vallejo-Nágera headed for the hall where the visionaries held talks. “We walked near the confessionals and at the same time on my right was the outer wall of the church of San Giacomo. I was surrounded by my friends and I was joking with them.

Conversion
I felt the urge to look up in the sky and suddenly or felt like … a stroke of love, which took me straight to the heart, in a very strong way. According to my watch, this experience lasted only three seconds , but it was very, very powerful. At that precise moment I felt that God was speaking to me and he was telling me: ” This is how much I love each of you, all over the world “.

I also felt a kind of shock of fear, of pain, because at that precise moment I realized that I had been really bad towards my affections, towards faith and God “. Since then, María Vallejo-Nágera has begun to go to Mass every day, to go to confession, to feed on the Eucharist, as she had never done before. And it has changed, as he says, also his way of writing. 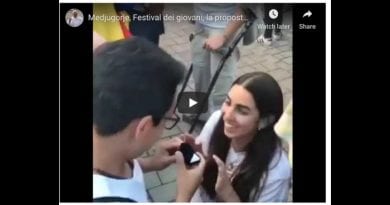 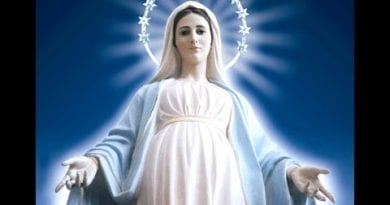 Year of St. Joseph Virtual Conference is an eye opener!!! You can’t miss this conference as we progress in the

D Will he stay? Medjugorje Witness writes:  Ratko Perić, bishop of Mostar-Duvno and apostolic administrator of Trebinje-Mrkan, will be 75

Dear children, thank you for having responded to my call in your hearts. My children, these are hard times and